Best known for his alarmingly good cosplay of Minami Kotori from “Love Live!”, Saberlily and more ; HaoGe is a male cosplayer from China that has melted the hearts of countless fans across the globe. Versatile in his portrayal of characters, HaoGe has made waves on Chinese media and the internet. He is a key member of the cross-dressing group “Alice Weiniang Group” (爱丽丝伪娘团) that performs and guests at numerous events in China and he has been cosplaying for close to 7 years.

HaoGe will be making his Singapore debut at Singapore Toy Games & Comics Convention this year as one of the invited Cosplay guest. Before you meet this enchanting beauty at the event, check out The Cosplay Chronicle’s exclusive interview with him.


1) Your name implies ‘a song of boldness/ grandness’. It conjures an image of an unruly and manly hero which contradicts your looks and cosplay preference completely. What is the reason behind the name?
Though most of the characters I cosplayed were mainly cute female characters. I wanted a name which sounded manly since after all I’m still a guy.

2) How long have you been crossdressing and how did you started?
I started cosplay in 2009 and begin to cosplay female characters from then.

3) How long does it takes for you to transform completely?
It will depend on the complexity of the costume, props and accessories. Normally it takes about an hour but if it’s more complicated, it may drag up to 4 hours.

4) What’s the hardest part about crossdressing compared to cosplaying a character with the same gender as you?
I don’t think there’s any part I feel difficult or hard to get by. 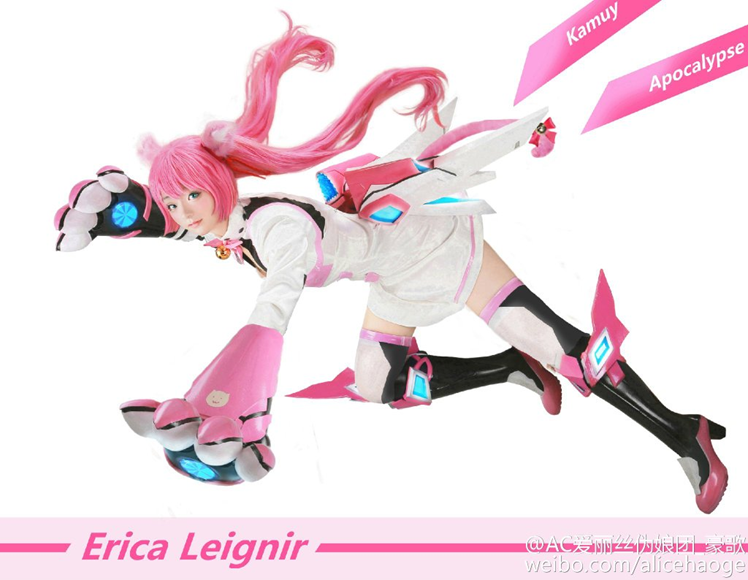 5) How do you think cosplaying as changed your life?
I learned a lot of things in this experience from makeup, prop making to photo shoot and post processing. Cosplay has motivated me to pursue for better accuracy and refinement in my works.

6) You’ve garnered a lot of attention with your immaculate cosplay and graceful portrayal of beautiful girls. How does it makes you feel to be attractive to both gender?
I’m thankful for the support given by my fans. I will try my best in every work I do in return of everyone’s support. 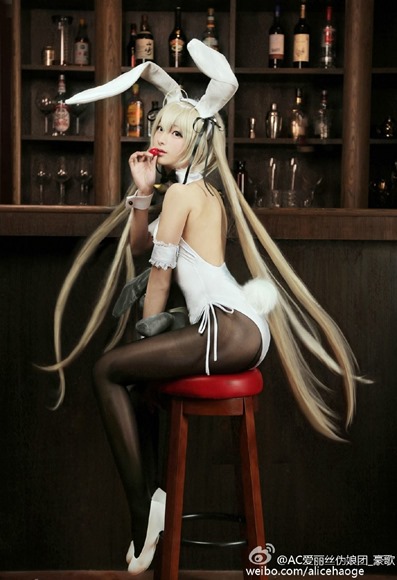 7) Do you think you would have gotten as much attention if you only cosplayed male characters?
I have never given any special thought about this issue. In fact, if my girlfriend (Huacha) request for me to cosplay male character, I will do it.

8) Any male characters (anime/manga/comics/movies) that inspires you and you hope to challenge (cosplay) one day?
Not really, it all depends on my liking.

9) What is the hardest costume you’ve ever done and why?
I believe it will be Saber. The armor was not easy to make and we wanted it to as accurate as possible. At the same time, it was also hard for me to portrait her expression as original as possible. 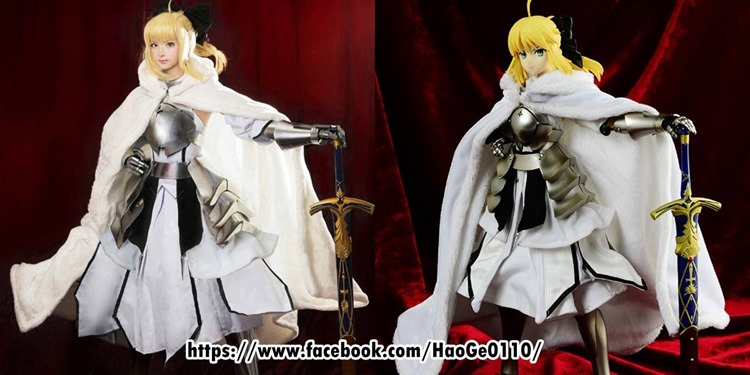 10) Any message to all your fans out there?
Hi everyone, I’m Haoge! I hope that you like my works and please continue to support me and my team (Alice Weiniang Group)! I will like to say dreams are never too far away. Even though, there are tough times and people will doubt us (sometimes we will even doubt ourselves too), I believe if one puts in effort and we stay strong, the dream will become reality, just like myself and my team. Always move forward and the sky’s the limit, let’s strive to be best of ourselves together!

The Cosplay Chronicles would like to thank HaoGe and Singapore Toy Games & Comics Convention for the chance to have this interview. Please remember to check out the event and look out for HaoGe’s stage appearances and meet & greet!