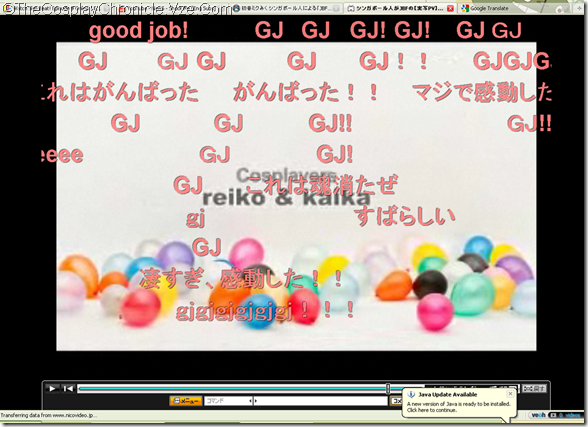 OMG…. I can’t believe it. Someone actually liked our cosplay PV enough to post it back onto Niconico (its like japanese youtube). Honestly, I think its a damn big deal and a damn big compliment.

And the general comments on it were pretty positive. Very Gandongs lei T_T

Ps: Those red words on the screen of the videos are other user’s comments 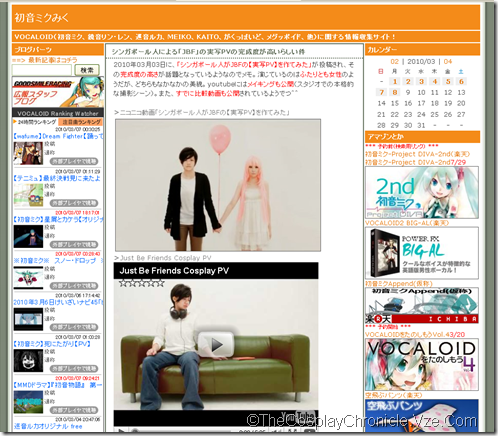 This Vocaloid Site also did a short feature entry on the video. Am so grateful they bothered to link the original Youtube Video along with the Behind the Scenes video. 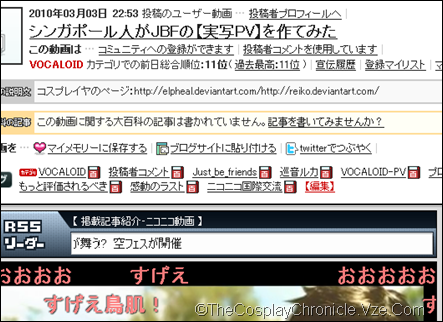 According to reiko, the video is ranked the 11th most watched Vocaloid Video on NicoNicoDouga. I don’t understand Japanese so, feel free to let me/us know if we’re wrong >//// < ;;;; 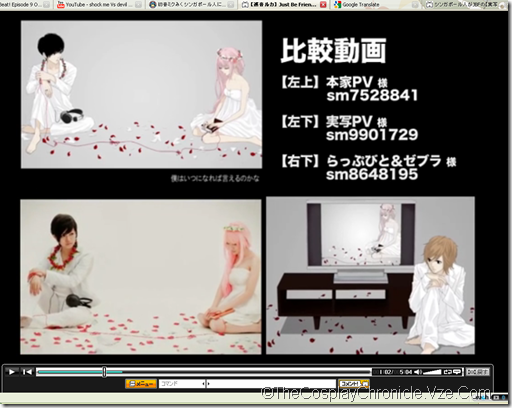 Hahaha, and someone on Niconico actually made a comparision video !!! Watch out for 1:08, magic will appear =X. Though the comparison video made me kinda conscious about all the shortfalls oTL 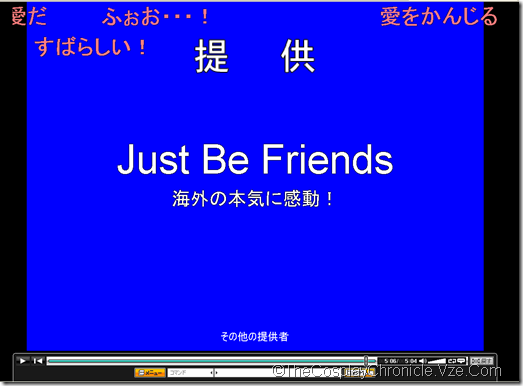 And at the end of the video, some blue advertisement thingy appeared. I found the words a little different from the usual “BANDAI” or “KAO” so I asked Reiko what it meant. 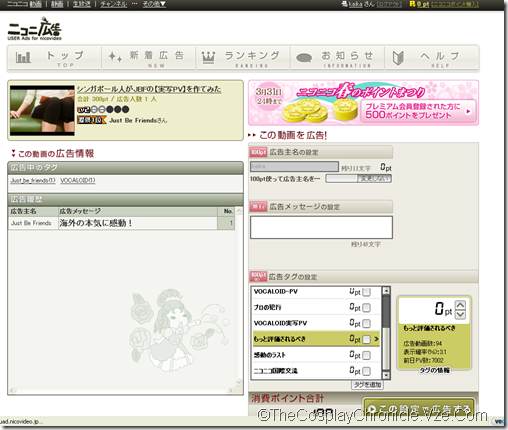 And apparently, NicoNico has this very fun feature on their site. The feature allows you to use niconico points you earned/purchased from the site to pimp videos you feel is good.

All along, I’ve been satisfied with what Youtube have been providing but after experiencing this. Niconico is starting to appeal to me. But damn I can’t read japanese T_T!!!!!!!!! 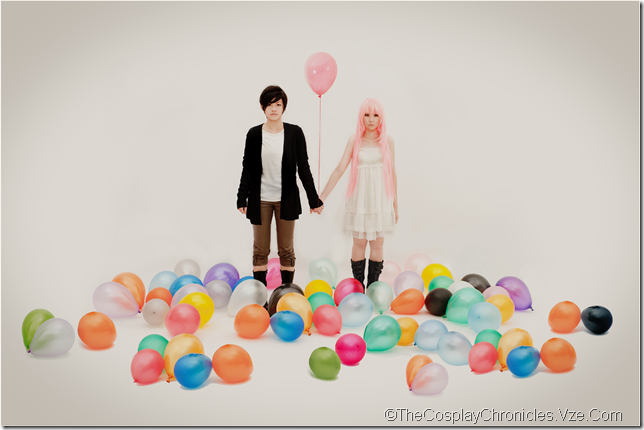 When we first did the PV, our brains were so busy with all the ( SUPER ) rushed planning and insecurities, we really didn’t have much room to anticipate such hearty acceptance. SO much thanks to all that liked out hard work. Thank you thank you and thank youuuuuuuu T___T

Much loves and thanks to Akane for informing me about this. Otherwise, with my limited knowledge, I’d never find out X_X

Another thanks and pimp to the rest of the cast below.

Video editing: Kaika
Special Thanks : Decadence, Ying and Xrystal for lending us their gakurans and wig xD

Having good comments from there means you're just too awesome!

And getting into the Vocaloid rankings, that's even better~

Unknown said…
Muahahahahaha I TOLD REIKO TO POST IT ON NICO but she was scared of bad reaction. I TOLD HER IT WAS AMAZING AND IT OUGHT OT BE ON NICO!!!

Unknown said…
Ou`~~~~~~ I just went to watch on Nico~ EVERYBODY loves you guys!! There were a lot of "Oh my god, aren't they japanese? They are Japanese right?" and a lot of people going "wow, such effort from singapore!" (and a few people explaining through comments that Singapore is an asian country with chinese people) and then quite a few were commenting on how shuai reiko was, some didn't believe it was both girls in the beginning. A lot of "super touched want to cry" at the flashback part. A lot of "I watched it a few times!". All that GJ = Good Job! Someone went "it's amazing how fast this video got watched + favourited so much".

evilneo said…
hahaha. gong xi gong xi. Popularity just went up to another lvl. Scully will got commerical entities start looking for u to do endorsement and money will start rolling in XD
March 8, 2010 at 12:02 PM

Soh: Oh manssss I'm so happy you're happy for me too! Thanks for the translations~~ I was getting pretty annoyed I couldn't understand what those floating comments meant and needed to rely on other's to tell me oTL . A lot of comment was on my ugly face not being good enough I think (according to raywing's translation). But maaa~~ still happy. Thank you~~~

Laurie said…
Congratulations on making it to Nico! ^ ^ I am really happy for you guys, it was really epic.

Too bad I can't watch videos on Nico since I don't have an account and all the Japanese in the site just confuses me.

Envy said…
I feel so proud of you girls!! the video is just so awesome!!111