This is such a complicated title lols.
And so, after endless self debate, self battering and procrastination... I have finally signed up for a Nuffnang account. In case 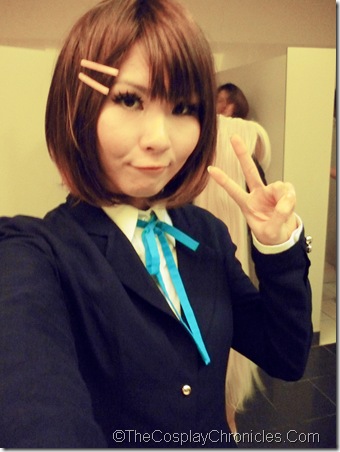 you don't know, Nuffnang is a blog advertising middleman kinda company (who have proven to be longstanding and honest). And in case you don't understand, that means advertisements will start appearing on this very blog.

And why the long ramble about it? Because well, let's face it. Cosplayers hate commercialism and sell outs, or at least people with actions they feel are so.
Don't tell me that's not true because I've been in the hobby for 9 years and I think that makes me experienced enough to anticipate what cosplayers will be gossiping over their dinner gatherings. Its a risky decision because like I've discussed before, cosplayers can be one of the most elitist and anal bunch. And I seriously don’t want to get flamed/political/hated (omg…I think my last sentence just tripped it=_=). Of course there are also cosplayers who aren’t as volatile lah. But I’m just saying.
* Giveaways details at the end * 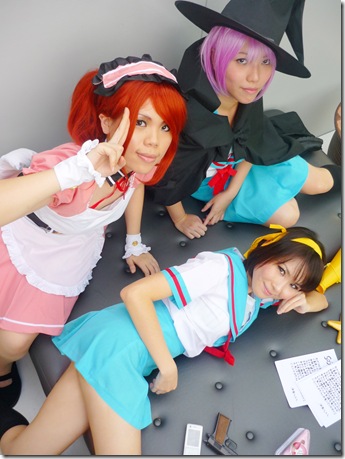 Honestly, I'm not even entirely sure if this is a good decision or whether I'll actually see any money. After all, more bloggers earn nothing from their blogs than bloggers who do. But I figured if I were to fulfill my dream of being a cosplay travel blogger then I'll have to work even harder to get enough money to go around. Money is forever an issue for a cosplayer, I’m sure every cosplayer will agree with me on that =(
And since I'm dedicating so much energy to this blog, it seemed only natural and gradual of a path to take. After all, so many anime and figurine bloggers have already done so!
I don't know if this would work out because cosplay is such a  prime forte topic, it seemed almost impossible anyone would want to advertise in here except maybe costume merchandise and anime merchandise.

Sticking a lot of random pics to hopefully get you guys on my side =X. 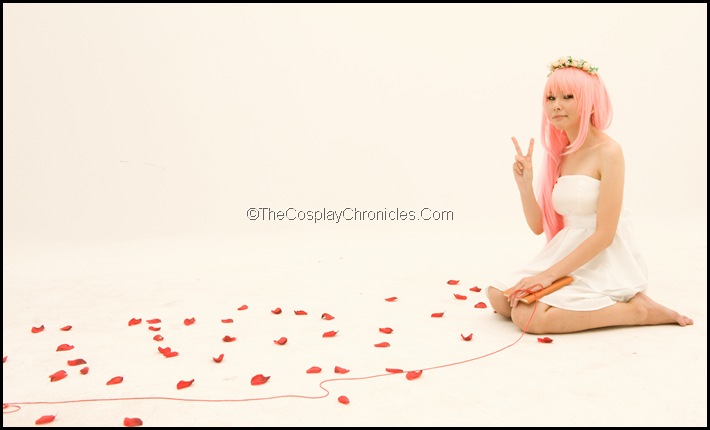 But at least I tried. And I won’t have to live with that annoying regret of “What If?”
It would be good, to for once, feel materialistically appreciated for my hard work. Alright, sorry for the long rant. I just had to get it off my chest. Alright, change of topic, giveaways below! 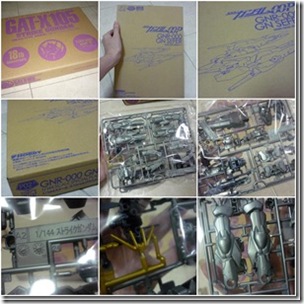 Click on the image for a bigger picture
I've already mentioned before I'm giving this 2 set of stuffs away. If you're up for adopting them, just leave a comment below and say “ i can haz gundamz” ! I will subsidize up to SGD$5 for the shipping. But you will have to pull the rest out from your wallet. See what a nice person I am :D?


*Edit: Can't believe I left these info out! *palms forehead* But anyway, deadline for this is 5th October. I'll select the winner via random.org. I know you guys are definitely anxious for the gundamz but I will be going Korea (yays!) soon till 5th October. So please bear with the wait ^^; 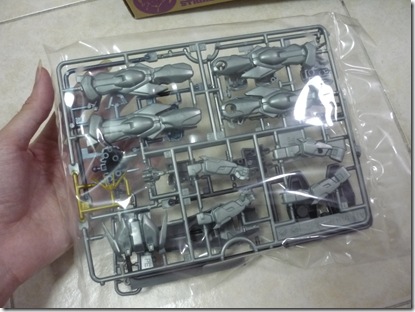 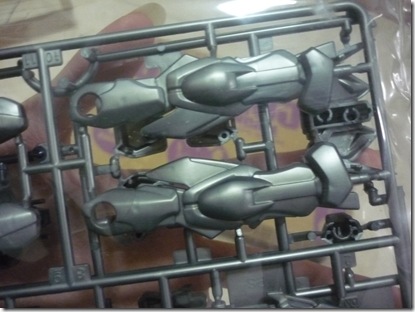 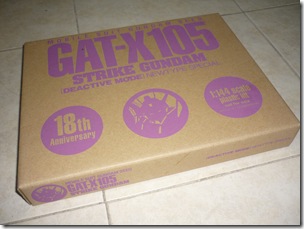 The photos above are the mini gundam from the box with magenta text. I’m sure you can judge from the size of it compared to my hand that it’s pretty small. 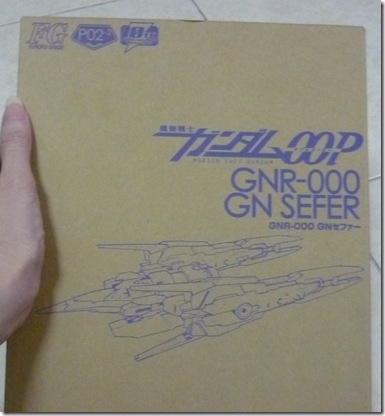 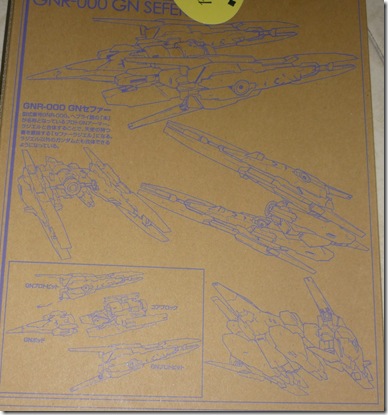 And another box of a ship model. Which I have not opened yet so no photos ^^;;;

Btw, I won't be shipping them off with the paper boxes unless requested. The boxes are ridiculously big for something so small and I don’t want extra shipping to be charged for them!
Email Post
Labels: give aways

@Post: I've been thinking about the same thing. Philippine cosplay scene also has issues about pushing commercialism and becoming mainstream and the like. I think in one way or another I also add to commercialism by selling myself and my children my crafting skills and my styled wigs to other cosplayers for money...but I guess what matters most is you still love what you're doing.

When I started accepting commissions, I felt that I was able to do things I love more (wig styling) and being able to help out cosplayers to give justice to their characters. I guess what changed was that I had deadlines, but I know that each wig I style receives the same love I have for all my non-commission wigs ^ ^
September 23, 2010 at 11:42 AM

fortyeightbits said…
Personally I think with the amount of readers your awesome blog has, there's no harm earning a little peanut from NuffNang. :D So don't worry about it! I just can't stand it when people write in every post to click their ads.

jactinglim said…
good luck to those who want the gundams :)

~Hitomi~ said…
i can haz Gundamz :D needs another Gundam to join my Arios Gundam on my lonely shelf. And just in case anyone wants to know (nobody I think) I'm a girl, so it would be rare to find a girl Gundam fan yes? XD is so proud to be one. Oh just asking is anyone interested to watch the movie together? :D let the Gundam 00 fans unite!

@ Kaika
you'll have to count the so many posts that'll be here like the Worldwide Cosplay Photo entry. Jiayous on counting (:
September 23, 2010 at 4:07 PM

I agree that making cosplay "so comercial" might err..ruin(?) the essence and art of doing cosplay--specialy if the cosplayers will wear mostly "ready made" costumes..>.<

yuuka- said…
I can haz gundamz!

I have friends who are uber big fans of Gundam, it'll be a great pressie! (although I'll have problem thinking who should be given =\)
September 26, 2010 at 8:27 PM

Laurie: Seems like the whole commercialisation of the hobby is everywhere and inevitable ^^;

But like you said, its really up to how the individual handles it?

xAoiSora: Thanks for the encouragement but nah, this blog still has a long way to go @_@

Jac: AWWW! You're so sweet! honestly I don't even know if this whole thing will work out @_@

Kai kuchiki: Hmmm yeah well. I guess cmmercialism of the hobby is really a very grey area =\ Its really hard to define whether its good or bad and its very much up to the individual.

Yuuka: HAHA! Get your friends to leave a comment on YOUR blog and you select via random.org like me ahhahah xD
September 27, 2010 at 11:15 AM

Winona said…
I CAN HAZ GUNDAMS?

Haha lucky for me I have 5 days left! :D