And so with the gracious invitation from Dan, we went to the very anticipated (by Dan) Maid Cafe at Funan IT Mall. 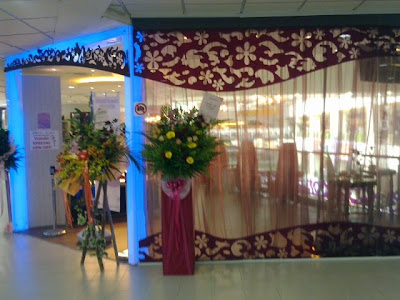 Cawaii Koohi is located on the 5th floor just beside the escalator. A very easy to find location.

We had initially thought the place starts at 2pm but when we reached, we were told to wait till 3pm. Since we had nothing better to do and the cafe doesn't serve any main course, we just decided to grab lunch. Cawaii Koohi is solely a beverage, dessert and pastry cafe. So if you intend to visit them, grab your main meal first as Cawaii Koohi does not cater to that. 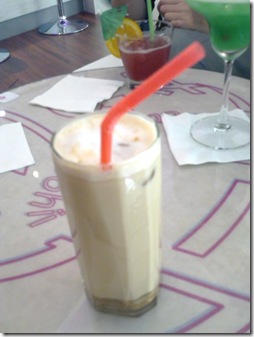 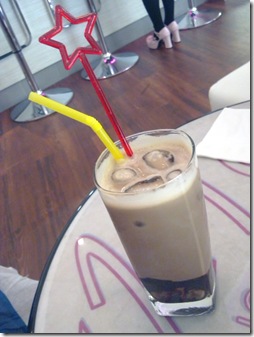 So we ordered drinks. Above are the coffee Kyubei and myself ordered. Kinda boring I know but we’re both more a coffee drinker than soda drinker =/. Dan and Xiaobai being more spontaneous (and don't mind soda drinks) got the more interestingly named cocktails such as, Ranka Lee and Honey sempai. 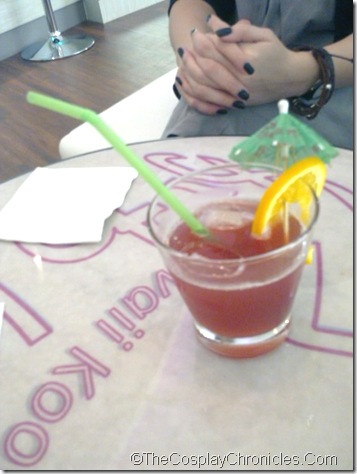 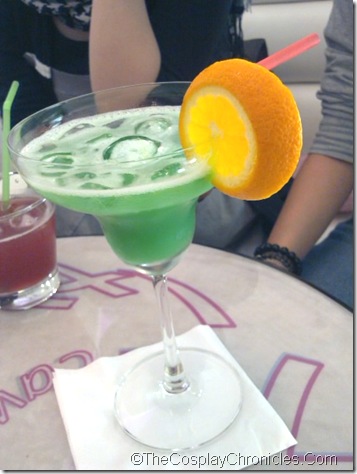 (omg my mobile photos are SO BAD! T_T) 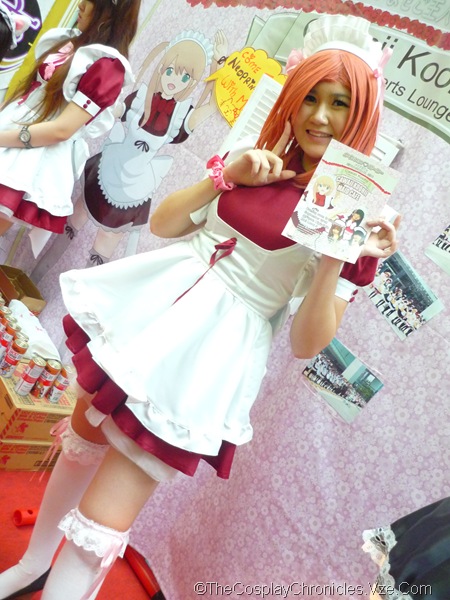 We didn't get any desserts as we just had our lunch and were brimming to our throats. Not to mention none of the desserts appealed to us so…. n.n;; Apologies that I have no pictures of the maid as it was not allowed. But their costume were just like the mascot, consisting of deep maroon and white.

I found some pictures of the maid I took at Starfest. Posting here to give you guys an idea xD 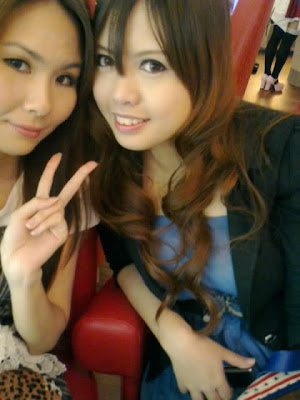 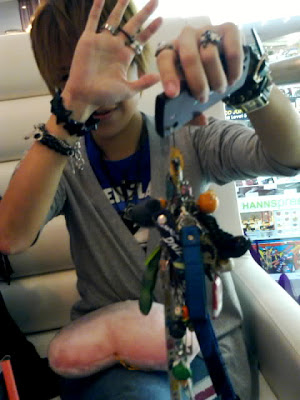 Overall the cafe has a more open concept than most maid cafes which some if not most REAL Otakus might not enjoy. But to the average consumer, I guess it doesn't really make a difference.I personally really liked the furnitures. Can you see the chairs we were sitting on? it was really comfy and at the *cough* perfect height. 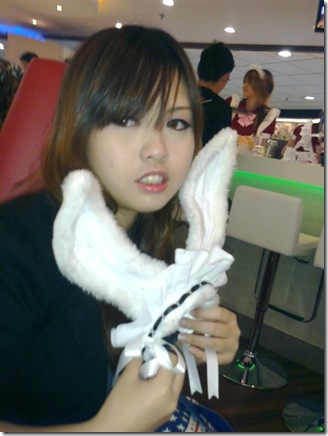 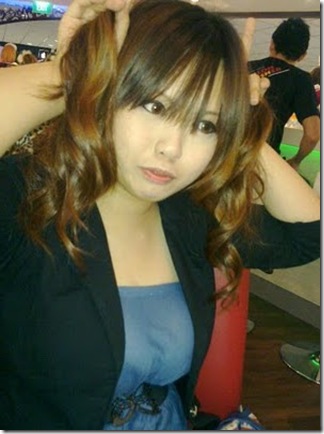 *Gomen for the lousy pics but it was the only one I have of her with the bunny ears >.<*

The maids are pretty cute too and our favourite was Yui. Who looks kinda eurasian with her pretty eyes, thick eyebrow and cute curly hair! When we commented on how cute she looked with her bunny ears, she actually took it off voluntarily to let Kyubei wear it. So cute lah! 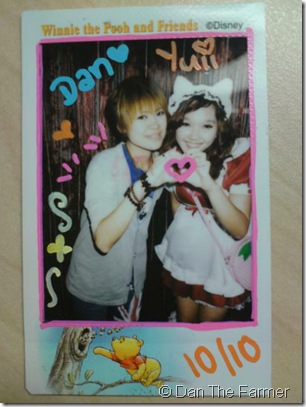 Dan took a polaroid with her. According to Dan, polaroid with maids are called checkie (spell check anyone?). And one picture with one maid will cost you $5.

Be prepared to be surprised when you ask for a Moe power-up and receives a blank stare. Apparently, that essential moe service was not taught to them. But the maids were accomodating and after a few visual demostrations by Dan and Kyubei, they eventually got it xD. 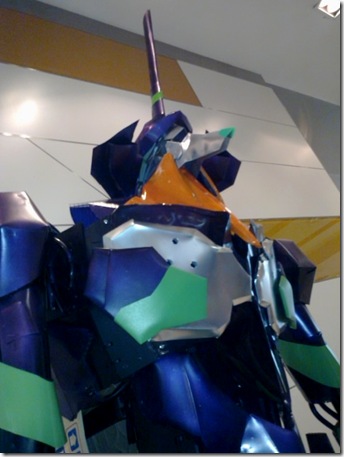 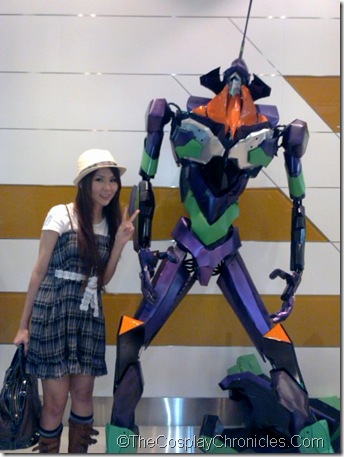 I don't really wanna give any grades or review for the cafe because I'm not qualified to. And especially seeing how it is just 2days old (we visited last Sunday). Themed/ concept cafe is really for the ambience and novelty. If you intend to visit then be prepared to embrace the ambience and price tag =)

Oh, SCC (Singapore Cosplay Club)was also having an Anime Karaoke event that weekend. So I took the chance to pose with their display mecha xD

I had a wonderful experience at my first maid cafe in Akihabara with the cutest maid ever, who even sang on stage. The food was good, the maid was cute, the atmosphere was super cute and engaging.

So now I think my expectations super high. >_<

I hope things work out for them though. Having cheki is a good sign, love that they remembered to decorate it too!

jactinglim said…
power-up? what is that? o_o

Yui is really cute and nice ^^ heck all the maids are! Cutepetz and Lawliet even remembered me *squee* I will post my own experience at cawaii koohi in my Multiply when I find the time XD
October 15, 2010 at 3:56 PM

Unknown said…
Thanks for the review... At least it gives others a rough idea how it's like before actually going there. I guess I kinda agree with you that the open concept theme may not appeal to otakus, being one myself and knowing the kin of response from public..

The most surprising thing was to find out that it's actually in the same building where I work!! (0_0)