Alright, remember the poll I asked some time ago? Well, highly encouraged by the results, this is the outcome xD . Luck Star !I’ve decided that maybe in the future, I’ll be writing a lot more of these ‘post photoshoot’ reflections while sharing exclusive photos here. I’m still trying to get the hang of it so please pardon my awkwardness if any >.<

Phew, just finished the very cursed Lucky star shoot! (this entry is post dated ^^;; ) I've never in my life been so done out by a mere makeup! Yes, I'm talking about makeup. 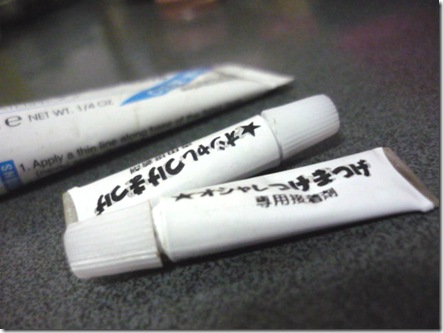 My failure of a Daiso fake lash glue! 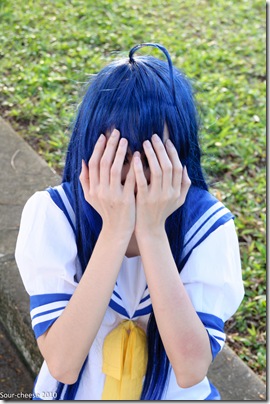 That bloody sub standard product just screwed me up down left right. Pardon the intense rant but I've never had to stick the same lash for 4 times!!!!And no, it wasn't that I didn't stick it well enough. It was really the queer quality of the glue itself! On the 2nd trial, the lash actually dropped by it self! The ENTIRE LASH just DROPPED!!!

I guess the moral of the story is, don’t be lazy and just use the good quality lash glue. I left my usual DUO eyelash glue at home in favor of the Daiso glue’s small size and deeply regretted it T_T

Had to make sour cheese, lovecraft and her hubby wait for me. Am so apologetic ToT 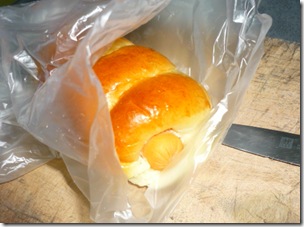 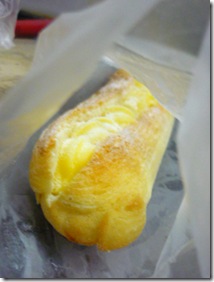 As you guys know, the costume was sponsored by miccostumes.com meaning to say, I didn't have to make my own. And because of that I felt the need to work harder on the props.
I couldn't find the iconic Chocolate Coronet so I bought a hotdog bun and a cream bun from bread talk and created miracle xD. 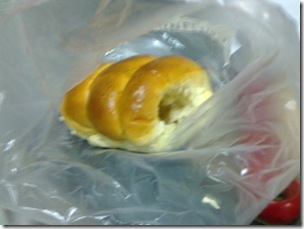 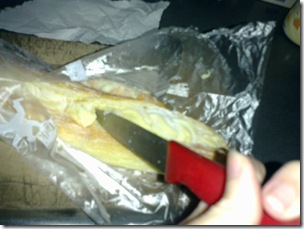 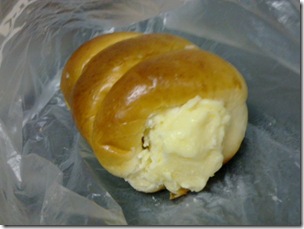 I dug the hotdog out from the bun and froze the entire cream bun in the freezer. I then cut the frozen cream out like it was some ice cream bar and inserted it into the hollowed out hotdog bun. It's not chocolate cream but it looks and tasted jolly good :D! 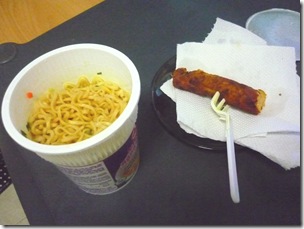 the hotdog ended up as my breakfast the next day.


Another reason why this shoot was cursed is because of the location.  We had initially wanted to use the National Stadium for the location but that plan was thwarted when sour cheese arrive an hour before schedule and realized the entire stadium had been sealed off! We then thought of using the exterior of the Indoor stadium but the got shooed off by the security. 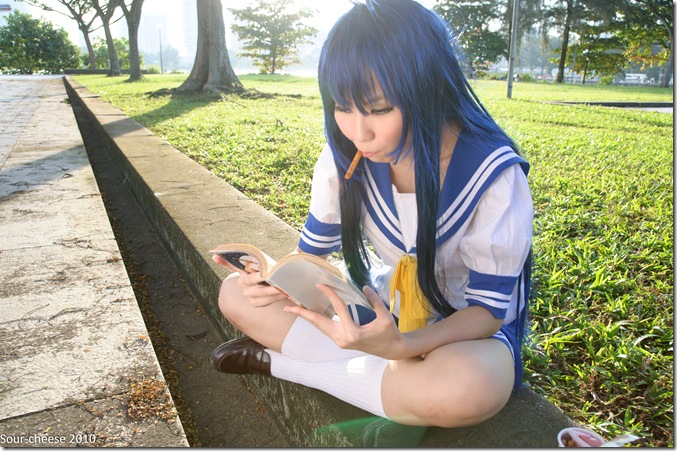 In the end, we had to settle for the park nearby which works surprisingly well! 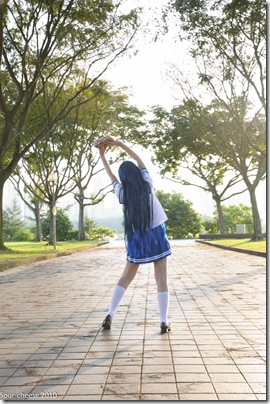 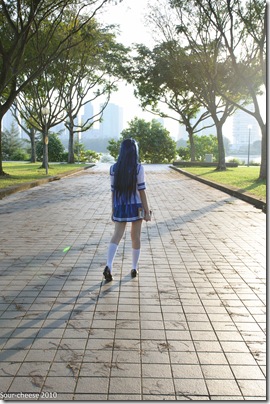 I'm way toooo big for Konata. I think i look more like a hybrid of Tenjo Tenge and Street Fighter =.= 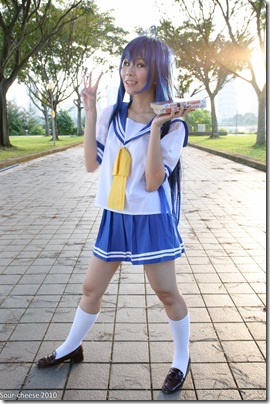 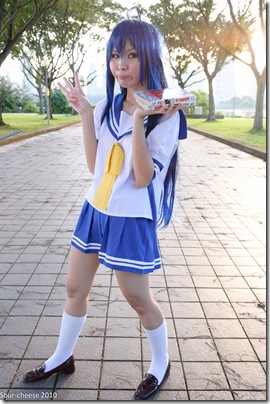 I've never felt so oversized before and after a few takes, we realised full body shots ain't gonna work. So we started doing cure shots. 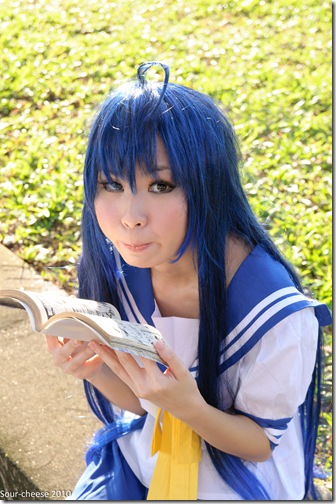 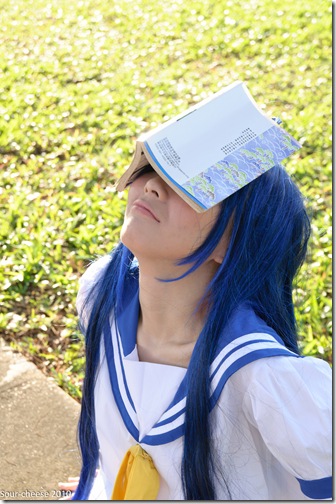 Finally something decent!
Lesson learnt, if you wanna look chibi, you gotta puff ur cheeks and take top-down shots. 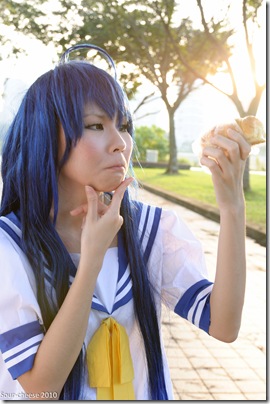 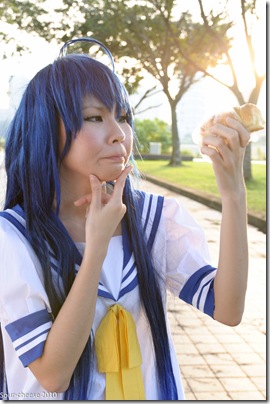 
You can already sense how the rest of the photos turn out right? It was kinda weird posing cute since I've never done characters like these before. And sourcheese never fails to remind about that throughout the entire shoot! Hahahaa. 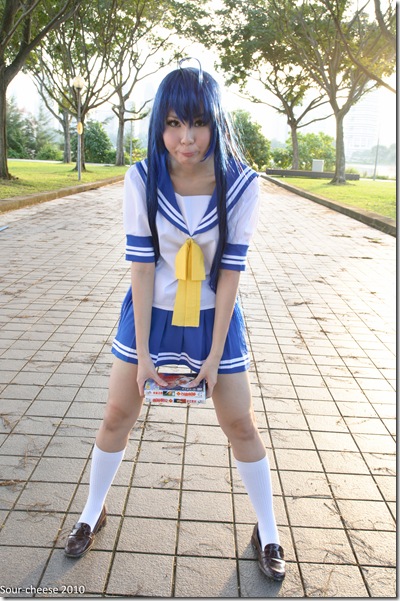 We realised that if we need a full body pic, I need to slouch and make funny faces to pull Konata off xD 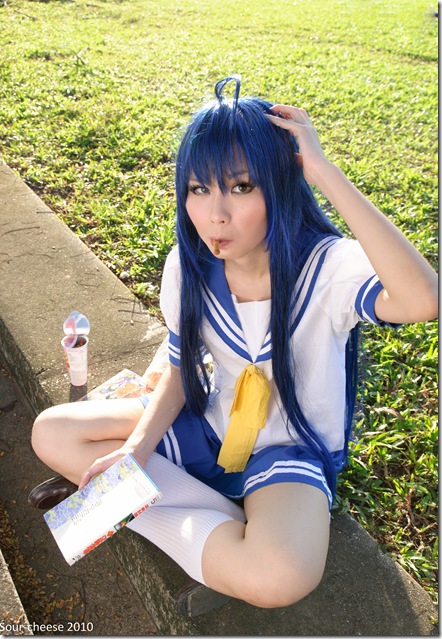 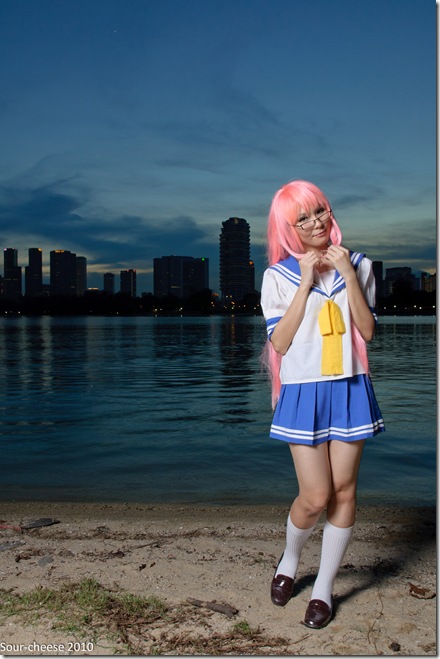 Sour Cheese’s lights were so awesome! I love how the stark contrast made my facial features sharper than usual *_*! And apologies for wearing the wrong socks =( 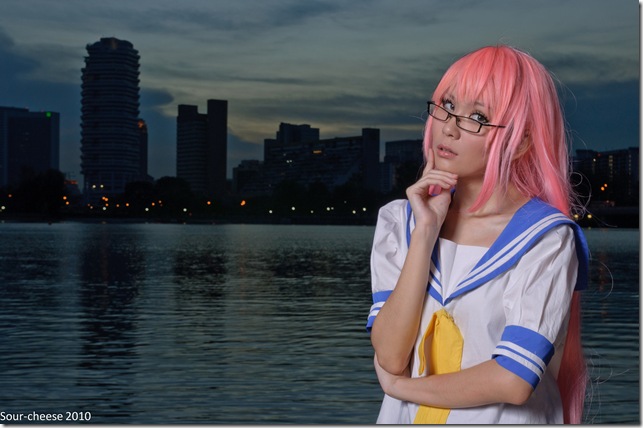 Really many thanks to sour_cheese, lovecraft and yumin for lugging sourcheese's big ass lights to the shoot. The lights really brought a very nice effect when the sun went down. I love how nicely illuminated I look in the picture above while the background at the back still retained its colour gradients. 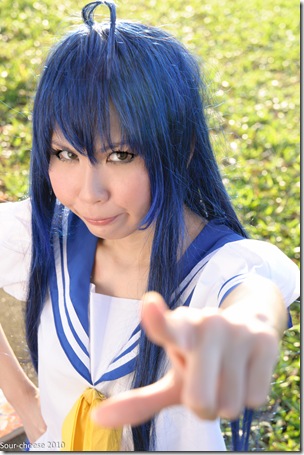 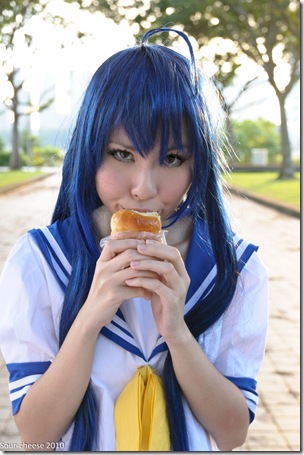 Most of the photos here have either not been edited (by me) or very lightly (?!) edited to enhance my ugly face.

Cosplaying as a moe and kawaii character was something I've never ever done before. And I guess despite me being slightly awkward , it was still a lot of fun. Again, much thanks to sourcheese and lovecraft for giving me so much encouragements, suggestions and critics! I've never been so pampered xD. 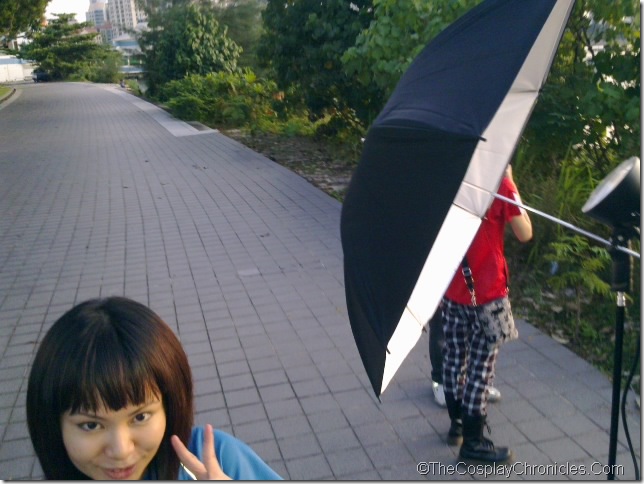 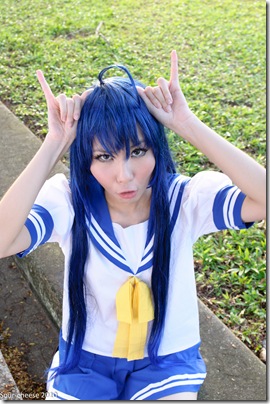 Alright, gonna end my pointless entry here. Hope you guys enjoyed the photos! Till next time!

jactinglim said…
wow you're right! I never thought puffed cheeks would help XD I've been plagued by that exact same problem for being 5'6" tall.
October 12, 2010 at 1:53 PM

Laurie said…
Hahaha the cure shots look great ^ ^;
Very like Konata...I think you were able to pull them well and not just put on a costume but role-play as well.

And wow you're tall! I guess with yur height you should probably focus on taking tight shots if you wanna appear chibier ^_^ (like me here=_=)


Laurie: Aww thanks ! You're always SO encouraging =)

Anyway, about the fake lash glue, why don't you try The Face Shop? I've been using their glue and it's a strong one. Doesn't falls off easily. ^^