Hi guys, I’m here with a Photo Shoot entry for my Defence Devil cosplay with Zephyus. It was also the costume we worn during the Anime Festival Asia’s Regional Cosplay Competition. 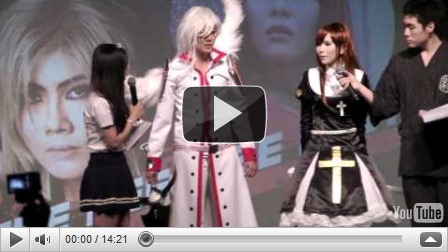 It felt good to finally shoot our AFARCC costumes. Though trying to settle the Nitti gritty of a Photo shoot is annoying as usual. And it is made worse with the fickleness of Singapore's January weather coupled with Zephyus's forever busy schedule. 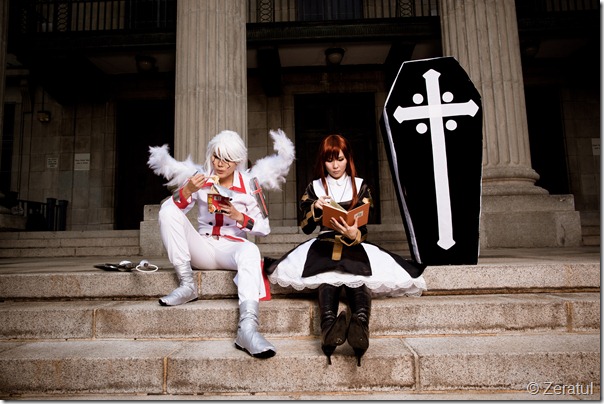 But despite all, we came through to something. Yeah to cosplay superheroes for saving the day once again! 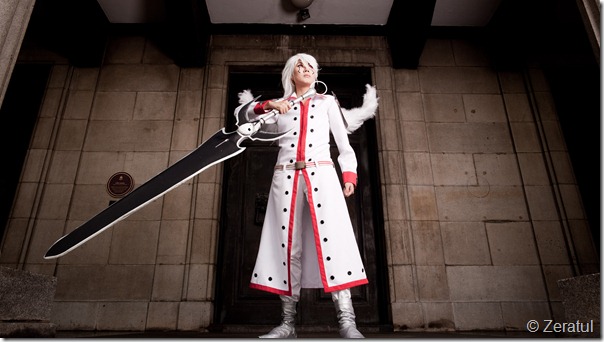 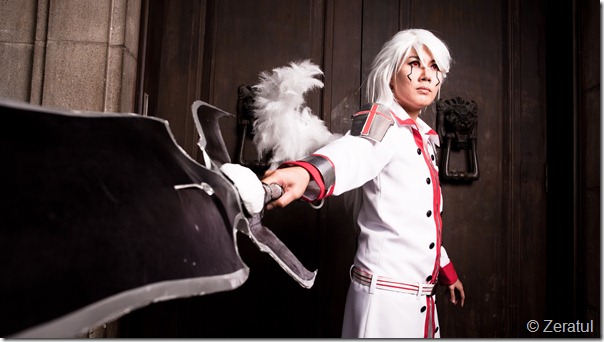 The day didn't went that well for me though =( I had so much props and stuffs to carry I actually forgot about my costume even though I ironed and bagged it that morning! Had to cab home for it after reaching the photo-shoot location T.T 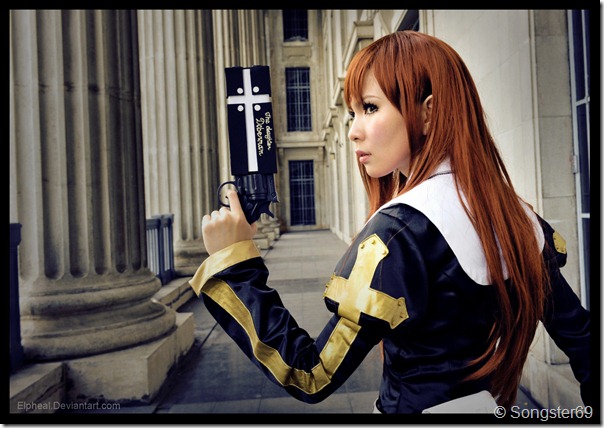 Anyway, back to our shoot concept. Zephyus and I couldn't agree on a suitable setting for Defence Devil as it seemed like the series existed in a fictional era of clock towers, exercising priest, hamburgers, Combini (Convenience Stores) and Ramen. Confusion much @.@! 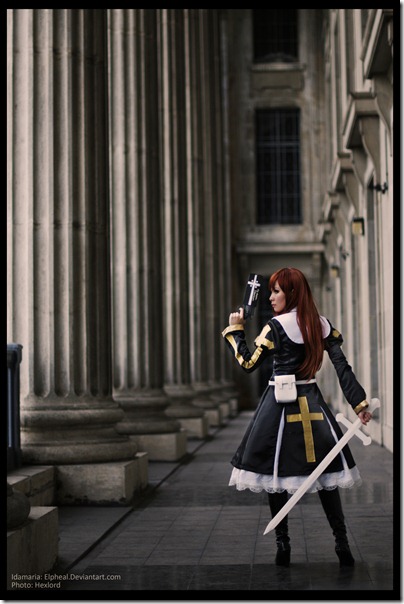 Zephyus wanted to have an urban setting but in the end I convinced her that Defence Devil is probably much like current Paris/France. And so we got colonial backgrounds instead :D! 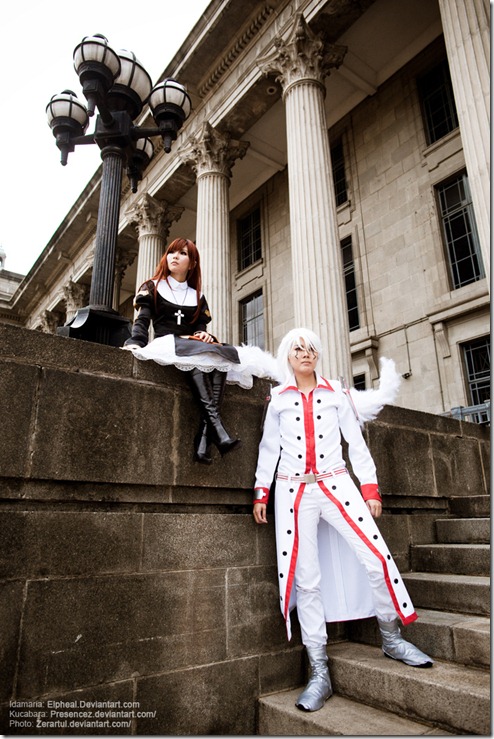 I really loveeee the shoot location! Would be so sad when it gets covered up for upgrading works. 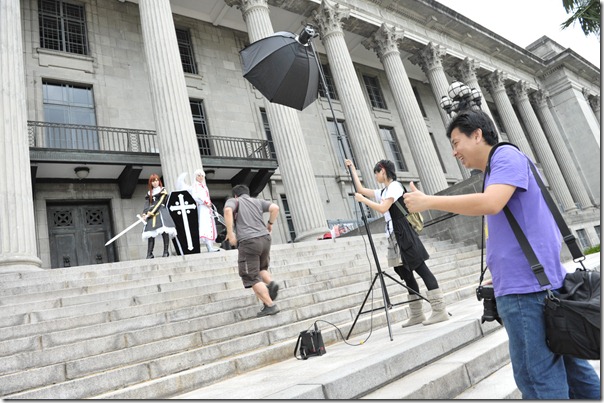 Zeratul brought his epic lights! They were probably 2 storeys high and looked like a singular sunflower xD Our helper had to hold on to it to prevent the wind from carrying it off xD. And there is Hexlord photo bombing xD 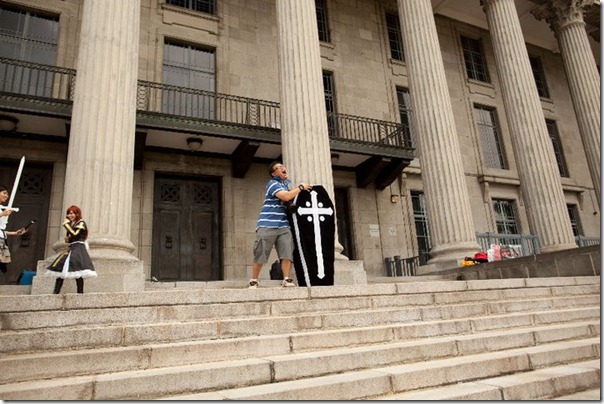 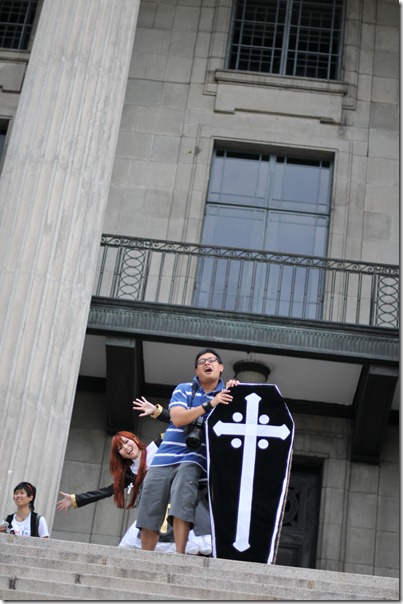 Songster still dry h*mping my Sword Sheath and me photobombing him. 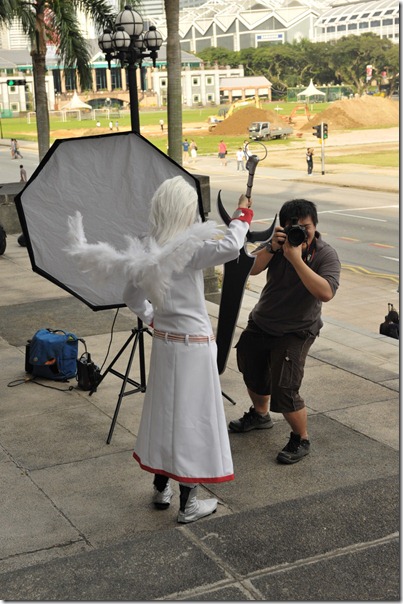 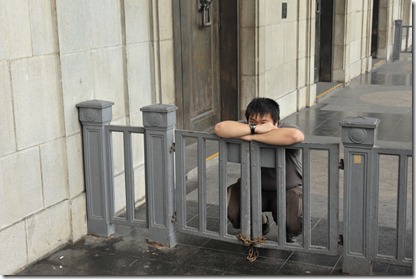 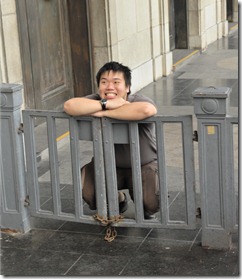 If you haven’t realised, I personally LOVE action shots! I Love dynamic impact on photos and I brutally forced zeratul to keep retaking the same pose for me haha. 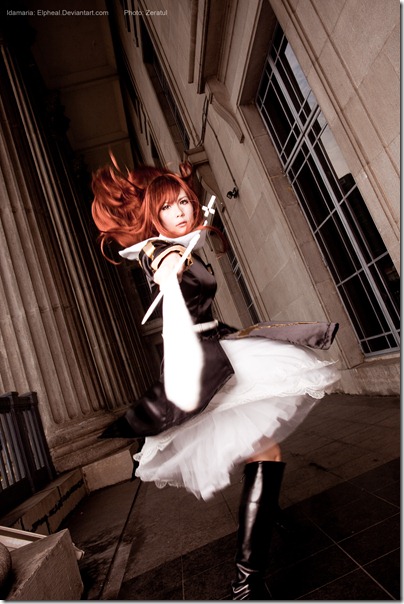 Wanted to have an action shot of Idamaria with her weapons. So I tried to run and pierce in the direction of the camera while my left hand clumsily throws my wig in the air to fake movement. After that we tried jumping diagonally but was epic fail. 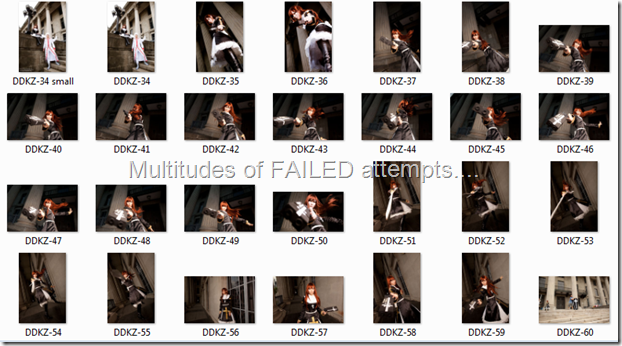 Then we tried doing it with her gun. The photo consist of me doing a 180 degree turn that ends with my torso slanted , throw my hair with left hand again, point the gun towards the camera(making sure the words are visible) and then give a death stare... All at the same time. 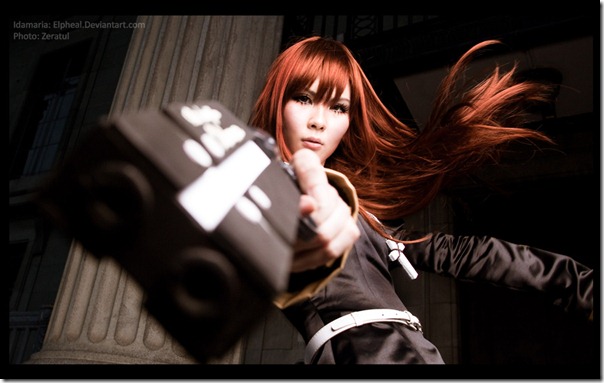 This was the best shot. 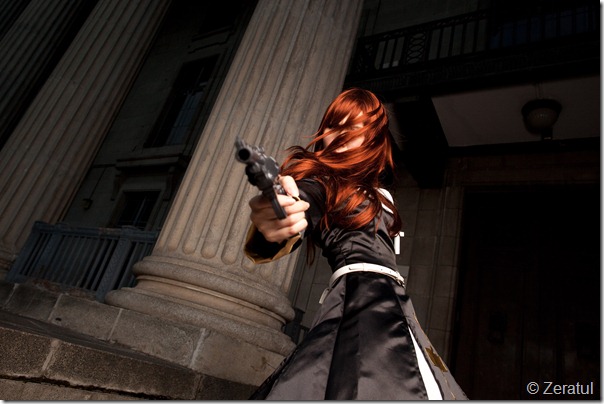 This is the funniest xD

Top part of the gun flew and hit Zeratul straight in the lens and we all burst out laughing ahaha. And I shall photo spam you because I don't know what else to say. 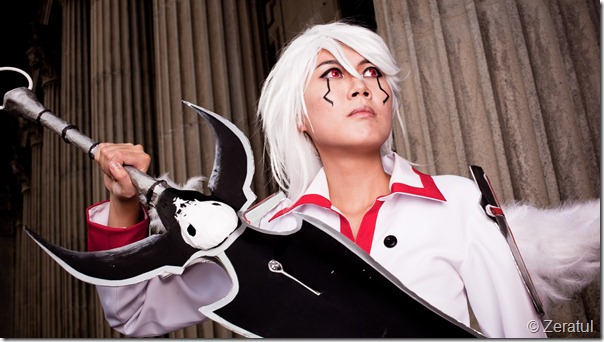 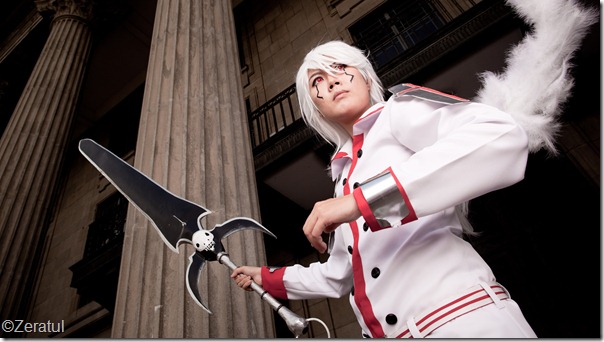 Oh! A small posing tip to share with you guys. If your feet/legs are going to be seen from the front in pictures. remember to either tip your toes or cross them . See the difference below? 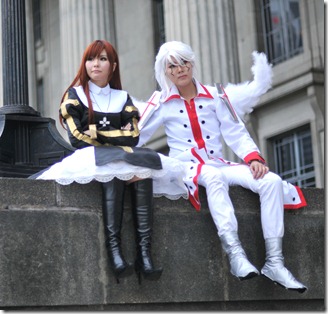 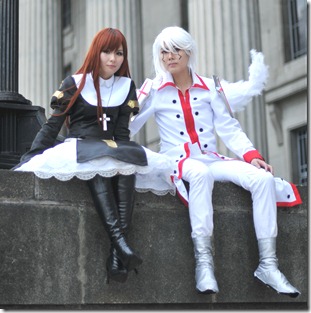 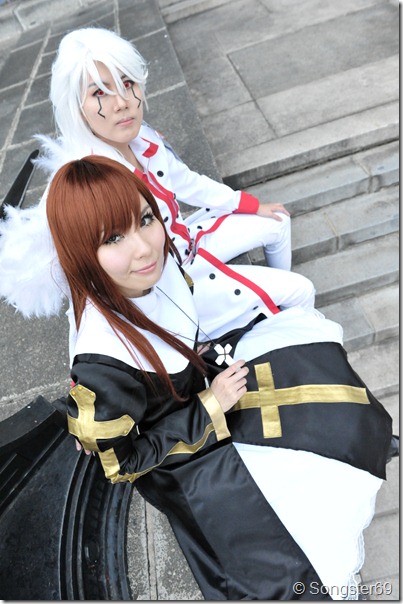 Adrian stood very dangerously to get this shot. 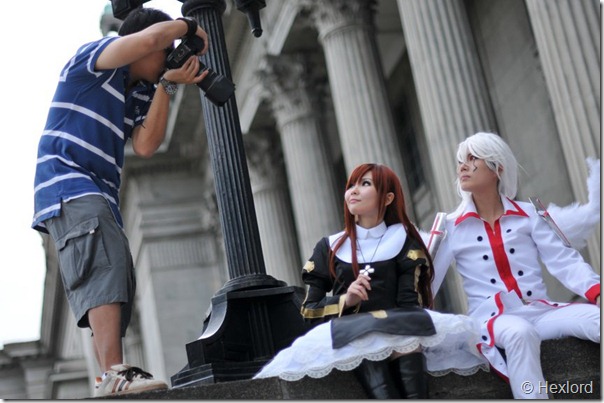 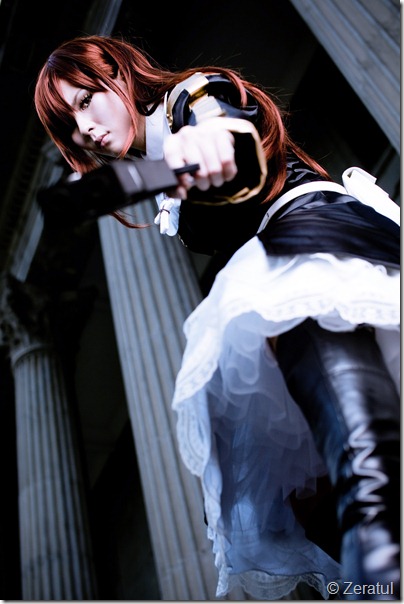 Ending off with a very scary picture taken by Zeratul! We were trying to mimic the chapter where Idamria was first introduced but failed @_@

Again, I apologise if this entry is a little boring. Sometimes it’s hard to squeeze words in when the photographs does a much better job of describing.

pohcbSonic said…
Nah, it ain't boring.
The photos spoke louder than words.
Some do tickle the funny bones.
*thumbs up*

As for the vid, still remembered you saying at that time, that Defense Devil's still a manga and there's no anime for it yet. But still, great tactics made on the backdrop effects.

That is also when I started to catch up with defense devil manga till now. XD