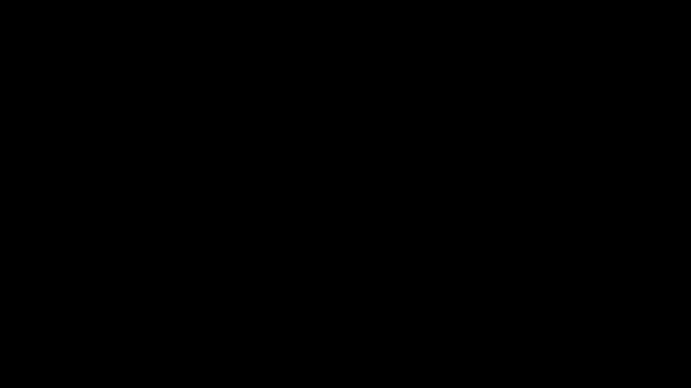 Sorry for the late review, been just so busy!

In Episode 13, the plot finally begun to inch towards climax and the secret organisation slowly starts to have faces to them.

The episode begin with Sukma telling the Missing-In-Action Vincent not to go off disappearing himself even though Nina has disappeared and also updating him about the happenings in school. Apparently, Vincent and Sukma both knows the Zombie manifestation well though sadly, it was not explicitly explained. Sukma ends the conversation by warning Vincent that after the mysterious disappearance of Nina, another new girl, which we all presume is Panda,  has gone missing too after protesting against the orders of the new Head Master. Apparently, our favourite lolita Agnesya is up next.

And sure enough, the scene cuts to the cute Agnesya taking a cake out of the fridge and bringing it to her mother. Who turns around only to transform into, Grell.

What ensued next is a battle scene for the Kuroshitsuji fans to fan girl/boy about. Shall not spoil them for you so go watch it yourself!

With Nina, Panda and Agnesya kidnapped, what would happen to Q-Cosushinkai Cosplay Club and it’s members? What would the new Head Master do to the school? Let’s await more answers in episode 14!

Because The Cosplay Chronicles is a strategic media partner with COSPLAY: The Series, we managed to squeeze some exclusive behind the scenes photographs to share with you guys! 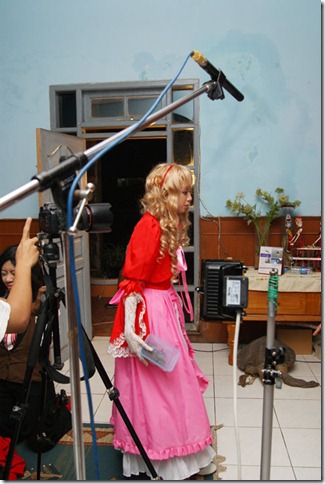 Filming the kidnap scene with Agnesya looking stunned. And, IS THAT A TURTLE UNDER THE TABLE?! 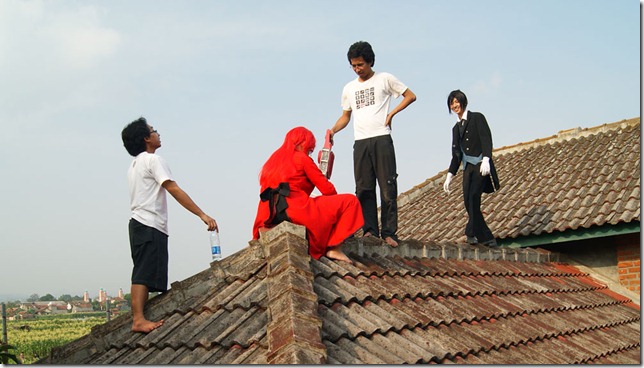 If you ever wondered about how the Kuroshitsuji rooftop fighting scene was shot, here’s a bit of an insight. Into the scorching scene that day. And yes, it was filmed in broad daylight, kudos to the Video Editor/Producer (Bonni Rambatan)  for the awesome CGI Work yet again!

Anonymous said…
the thing under the table is...... a turtle? is it a real turtle? XDD
whoa, so the scene at the rooftop was actually shot in broad daylight! :o awesome!
grell and sebastian were so brave, doing some action at the rooftop XD cool!
December 1, 2011 at 5:35 AM

Kaika ( aka Elpheal) said…
Haruhikka: YEah I wonder if it's a real turtle too O_O! They should have made the turtle guest appear
December 1, 2011 at 7:59 PM