Last weekend, I had the good chance to not only visit Indonesia but also attend Cosplay: The Series' first anniversary event that was held at the Coffee Clinic at Bandung, Indonesia. 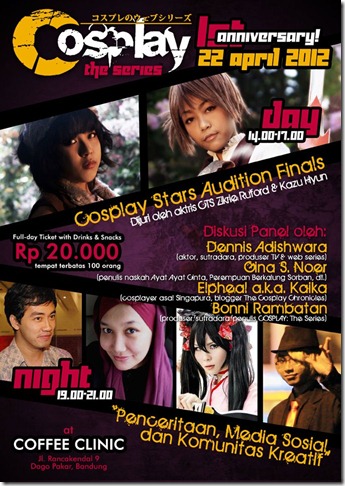 My day begun at around 9am. I woke up to an SMS from Chizu who was my host for the entire trip.  She had to pick up her drum pads for the event and I had to wake up xD I continued to just dilly dally around until Kaoru and her Brother came to pick me up at 10:30am. Then a mad rush to get ready ensued xD. foreverslow.jpg

I finally got everything together around 12+ and off to the event we went ! 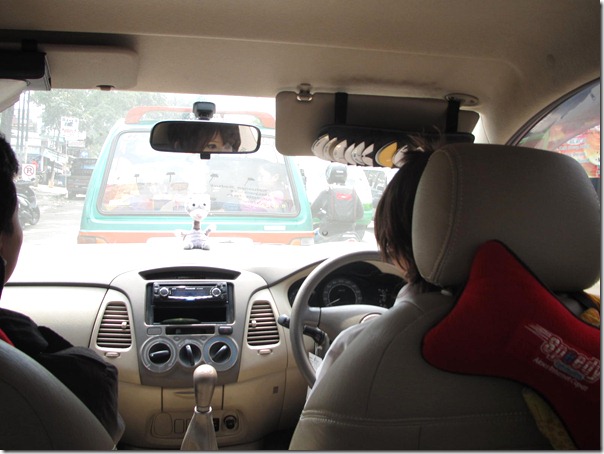 The event was scheduled to start at 2pm but everyone was here early! 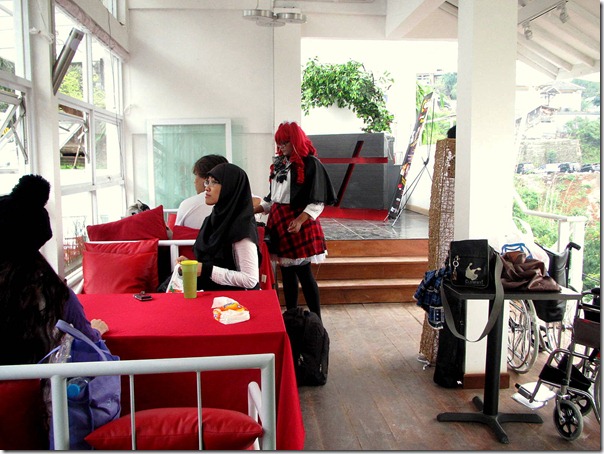 The event is actually held in a newly opened 3 storey cafe called Coffee Clinic. It was a quaint little cafe up in the hill with a very refreshing scenery just beside it. The ground floor was alfresco dining. 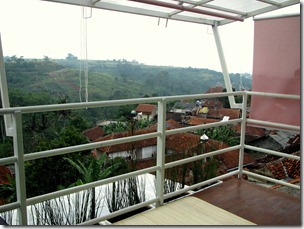 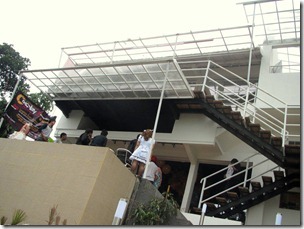 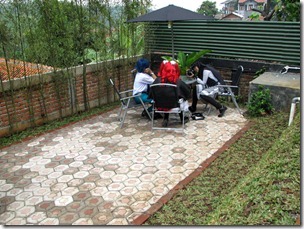 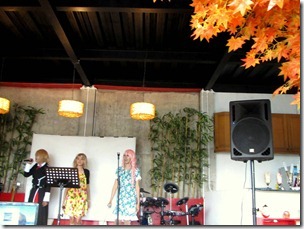 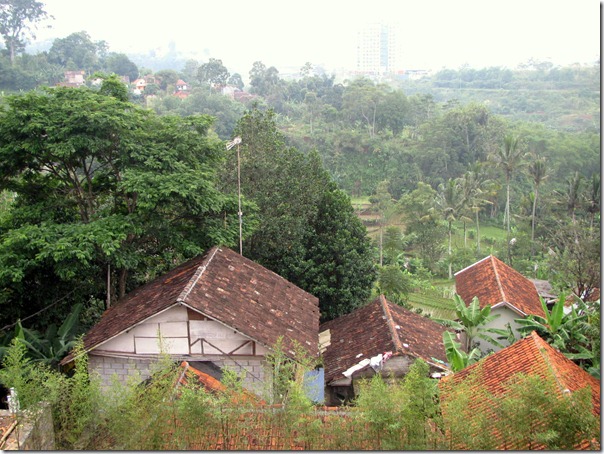 The view just beside us =) 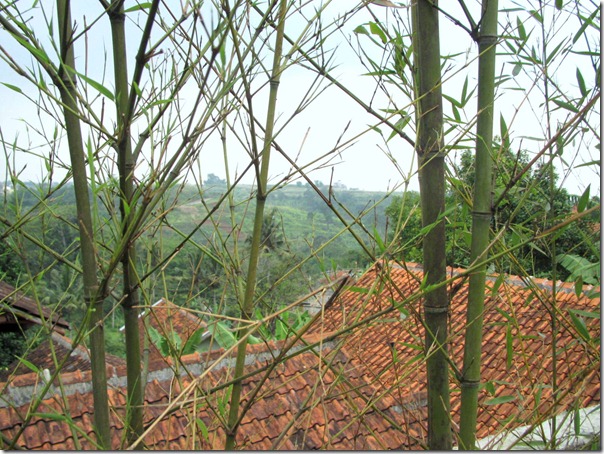 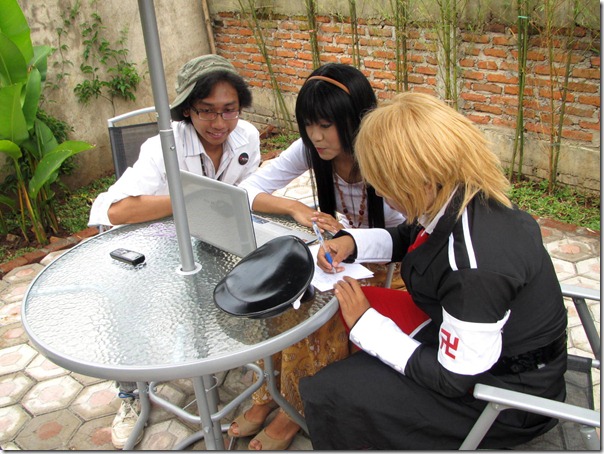 Bonni, Zilkrie and Kazu discussing something important before the start of the event.

And you know what? This photo is scripted =_=;; 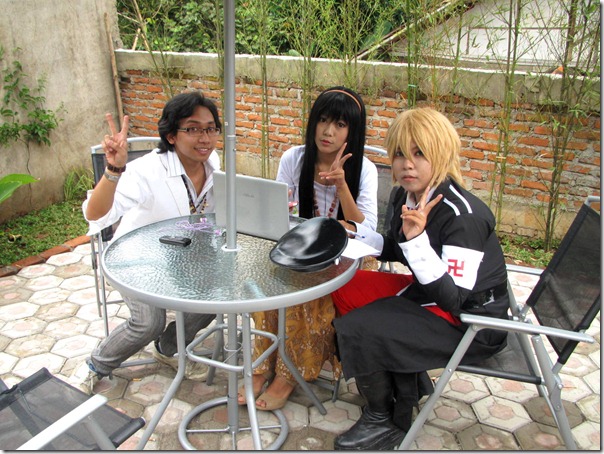 The 3 of them were so aware of the camera, THE MOMENT i raised my puny gear, their victory sign came up LOL! I then commented in annoyance ( lol. bossy) that I was trying to take some BTS photographs of them hard at work and not some poser-ish portraiture. They immediately succumbed to my demands and cooperated by pretending to get back to work xD 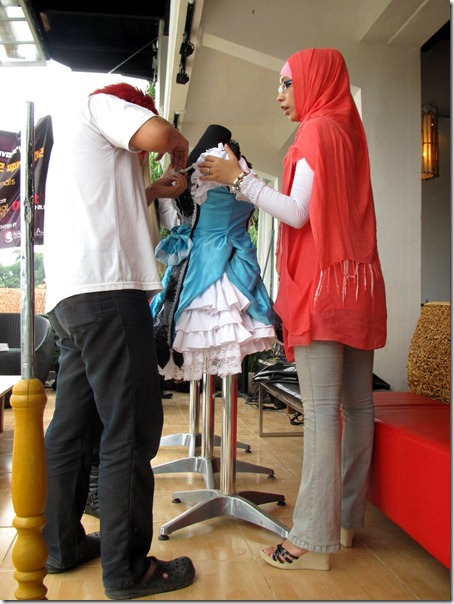 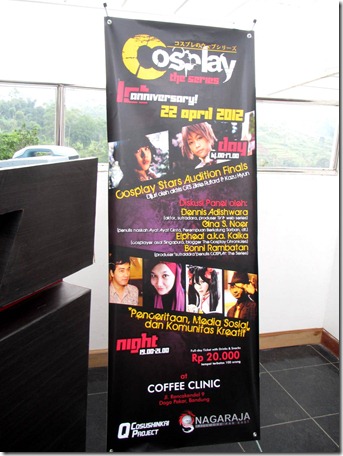 CTS's event standee beside the registration counter. It's a really queer feeling to see my own face on it so I tried my best to avoid eye contact with it throughout the day hahaha. 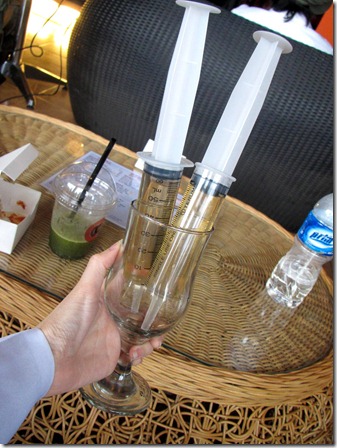 My green tea macchiato ( i think >.<) with 2 incredibly interesting syringe of syrup! Adjust your own sugar intake with these syringes! 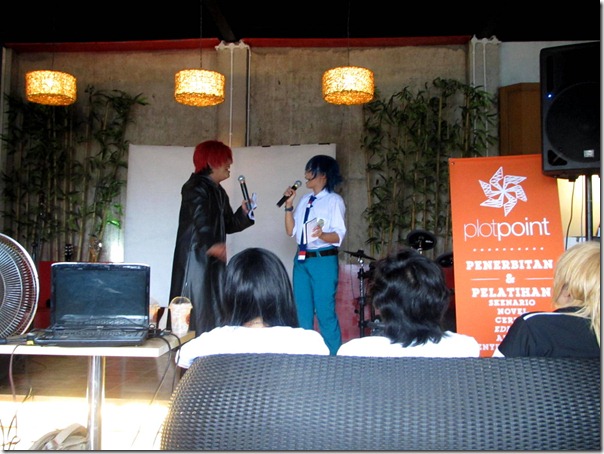 Stealing some photos from other event attendees since my photography skills sucked. 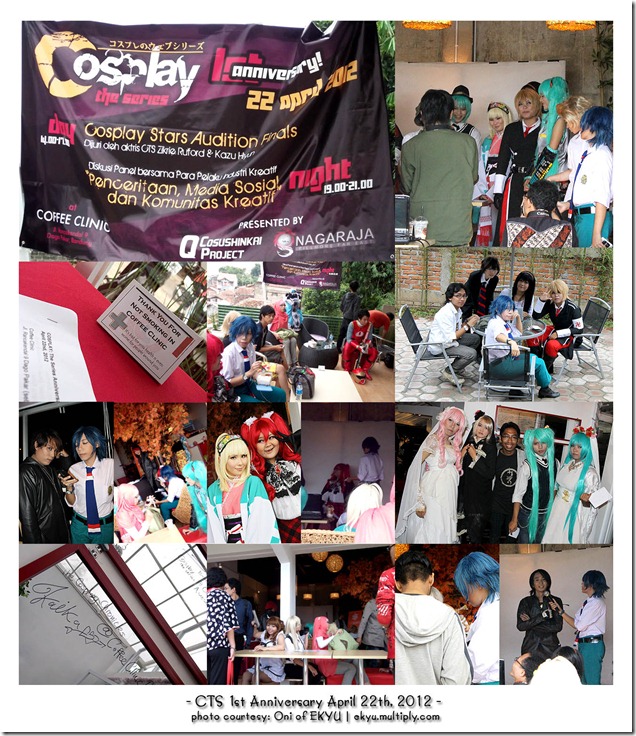 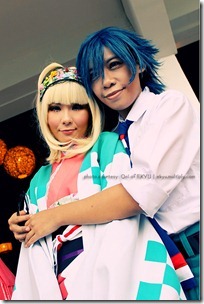 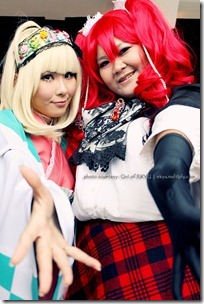 Programme of the day includes karaoke performance by the very talented crew of CTS, band performances, screening of exclusive Behind-The-Scene videos, auditions for season 3, a discussion panel that I was involved in and the announcement of numerous upcoming new releases. That's a very long sentence I know xD  it's almost as long as the event itself which was from 2pm – 9pm.

Since I reached the event at 12 and left at nearly 12am, the event was a full 12 hours for me! I admit, that was the longest I've ever survived in a costume.  For someone who always get a headache wearing wigs, that's a huge feat for me !

Anyway back to the event ! 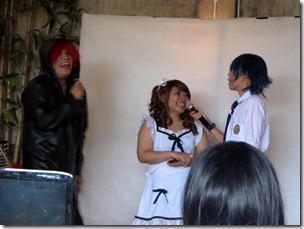 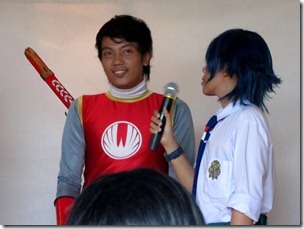 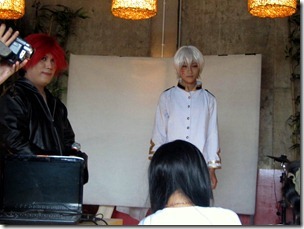 Highlight of the day was the talent audition finals for Cosplay: The Series’ upcoming seasons. The finalists went through a rigorous round of competition to be here so each one of them was on the stage to wow us. 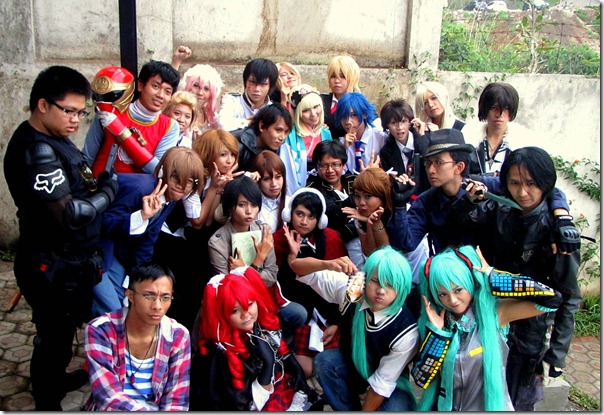 If I understood correctly, the finalists were not only judged based on their stage performance but also on the creativity and depth of the characters they designed. It was amazing how deep some of them went ahead to conceptualise their own original characters. 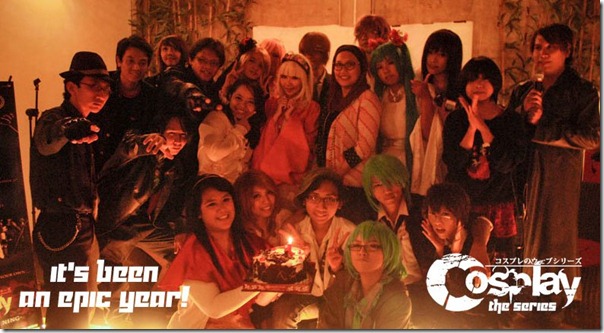 In the end, 5 talents were accepted and each with a very different style. EDIT: Apparently I remembered wrongly and 7 talents were selected instead of 5 ^^;;;

Congratulations to all the winners of the audition! I look forward to the upcoming seasons with these new members and I can’t wait to see what Cosplay: The Series will throw at us in the next season.

If you haven't watched the series yet,  pop over to COSPLAY: The Series' Website now . The 18 episodes are less than 2 hours in total and it’s 2 hours you wont regret spending!

From what was announced during the event, A LOT of new releases such as novel, manga, Visual Novel, Game and CTS’s very own Lolita fashion line will be hitting us soon!

Bonni Rambatan said…
LOL camera-aware, of course! xD Thanks for the writeup and pictures, Kaika! :D Oh btw, we accepted seven talents on Sunday and are still looking for five more via Wild Card auditioners :)
April 28, 2012 at 9:55 AM

you look adorable in your cosplay, what a great opportunity to went there, meet the cast and be part of the anniversary, great experience.

anna said…
have a good postiong of first anniversary sms