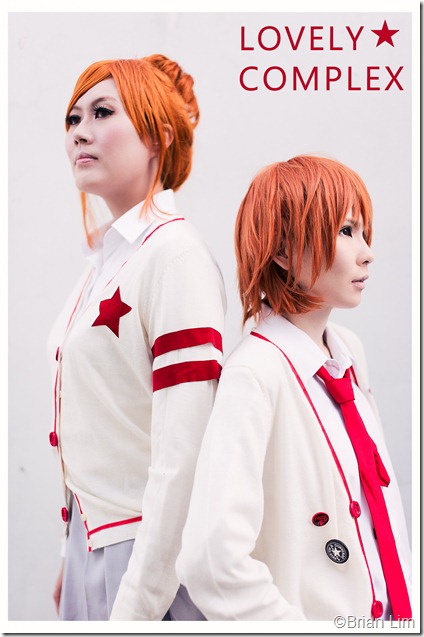 I've been wanting to cosplay Lovely Complex ever since watching it somewhere around late 2009 (?). Yes, I'm horrendously late into the Anime but hey, a good story is good regardless of time right?

Anyway, if any of you haven't watched/read Lovely Complex yet. I highly recommend you pick it up. While the story is simple, the way it is developed and presented really puts you straight into the context. It is literally a series that makes you laugh and cry at the same time.

I am obviously too small to cosplay Risa, so the other option was Otani. Which is just as well since I was hoping to expand my Cosplay genre. I'm doing way too much girls =\ . I decided Lovely Complex's costume was just too bland to cosplay alone and hence went on to invite my Risa!

I was pretty disappointed when anther cosplayer declined my invite to be my Risa and I thought my chance to cosplay Otani was gone. But somehow I managed to psycho Zephyus to be my Risa and what a mighty pretty Risa she was!

The shoot was pretty cursed in a way and started off horribly off-schedule. But in the end, we made it. Much thanks to all the photographers and helpers who made it possible with so much patience and laughters. 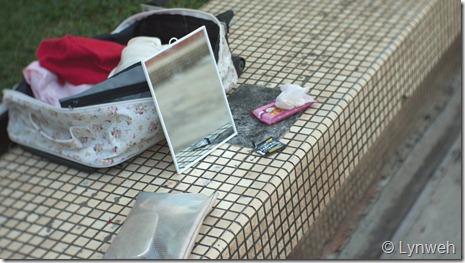 My luggage and portable mirror xD For touching up of makeup and wig before the shoot! 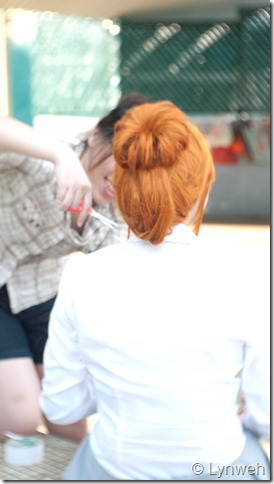 Awesome Maria helping Zephyus to style her wig into an Odango! 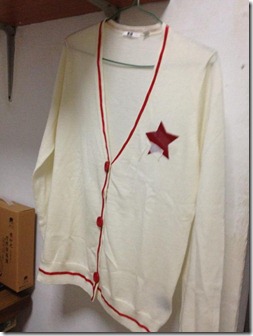 The cardigan was bought from Uniqlo and we stuck ribbons and felt over it to create the red decorations required. 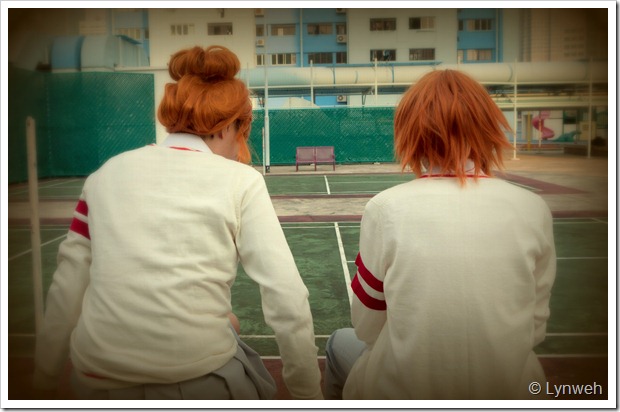 Yes, this is my Mogami Kyoko wig. Cosplay reusing FTW :D I seriously should have trimmed and styled it more =\

Alright, on to moar pictures! 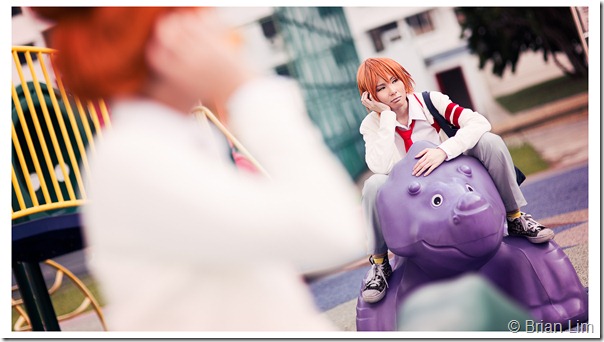 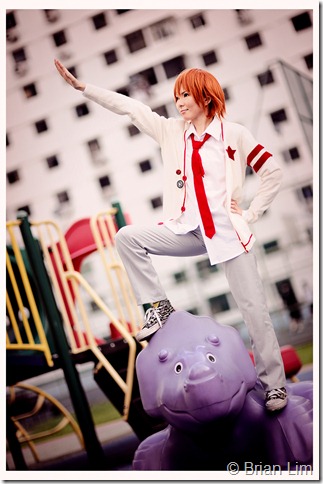 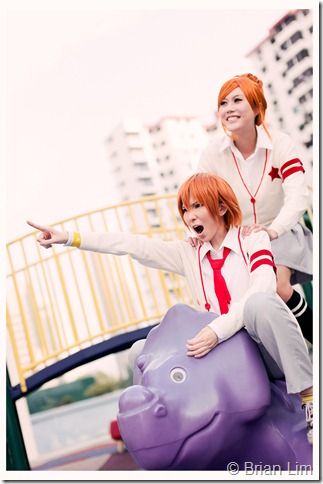 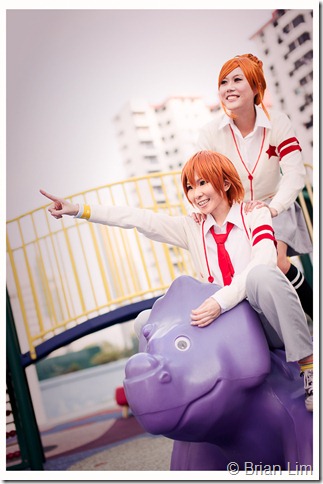 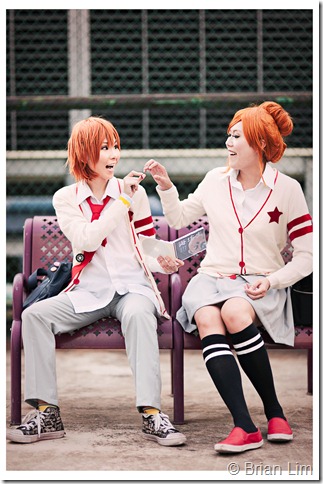 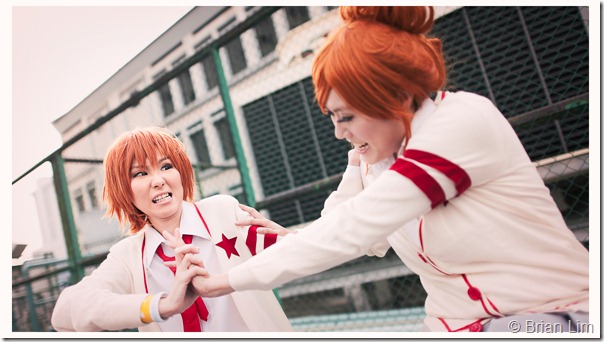 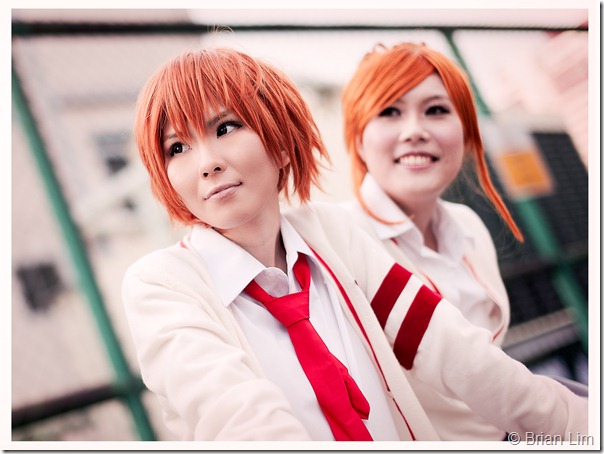 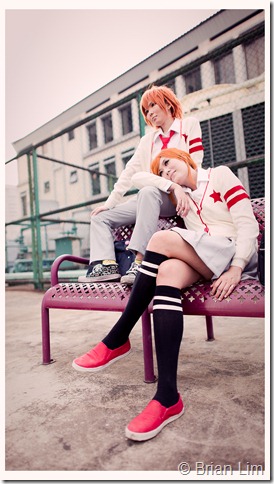 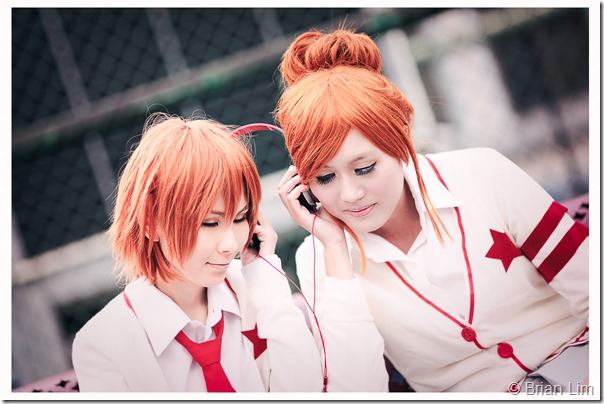 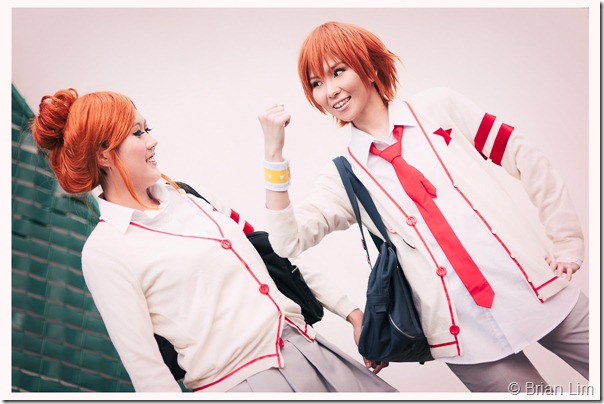 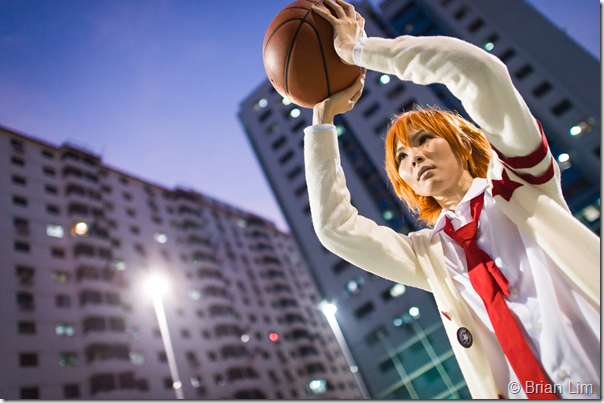 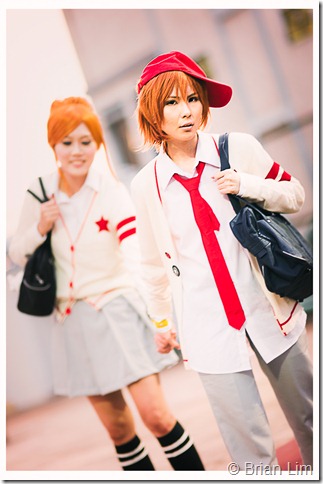 It was one of the most 'fun' photoshoot I've ever had in a while. Cosplaying as comedic characters meant we could do whatever un-glam stuffs we wanted. Like Lynweh said, we were like 2 big kids xD 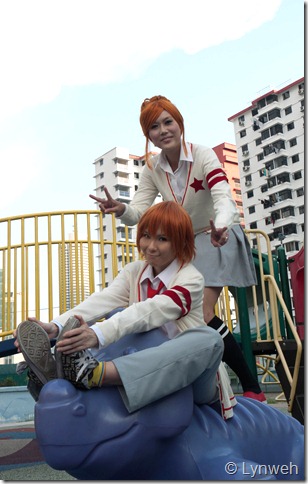 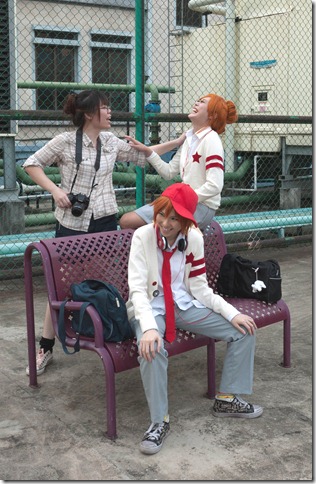 80% of the shoot was like this xD Everyone was just laughing and having crazy fun. 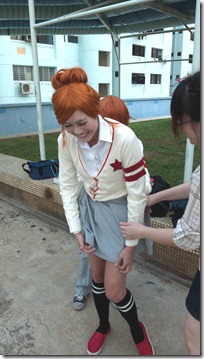 I was really surprised when Zephyus agreed to be my Risa. She was always cross-dressing and despite knowing her for so many years, that was the first time I saw her in a skirt xD 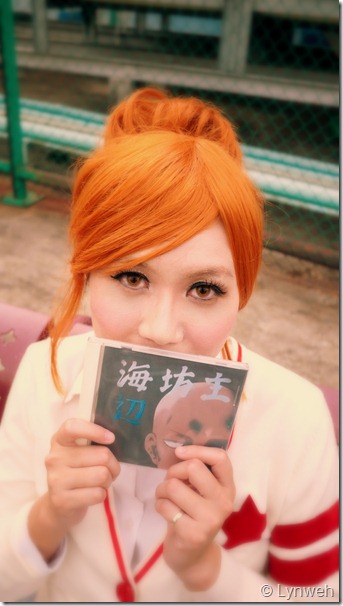 All in all, it was a very fun shoot! I especially ravish the chance to act gangstar-ish and boyish xD 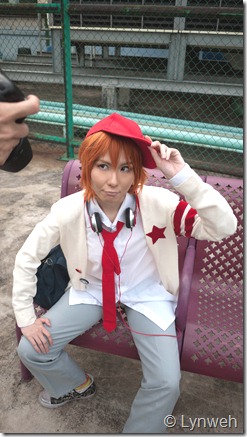 Much thanks to the photographers Brian and Lynweh for their kind patience and Maria for her incredible wig styling skills and jokes! Last but not least, much love to my very very pretty Risa for obliging to cosplay something different with me!

Hopefully more pictures to come soon ! And hopefully, you guys enjoyed the photos as much as we enjoyed taking them! Leave me a comment if you like them ^^!

dearttolife said…
Surprised to see Zeph doing a female character! Probably the first time for me, it's fresh!
April 20, 2012 at 4:53 PM

Your expressions in the photos are epic!!! It looks so genuine and not like you're faking your laugh and your smiles~~ you and Zeph so epic

Lexy-chan said…
Your cosplays are excellent!!! Otani's wig is very similar to normal Otani's hair. I like this wig. Where you buy this wig? I want to make cosplay of Risa nad Otani and this wig is great :)Yours uniforms have done alone or you buy then in the e-shops? because if you knew about a shops, where I buy these uniforms, could you tell me? I will be very grateful to you, because I find these unifroms and Otanis wig on the internet and I dont find it :)
June 2, 2012 at 11:38 PM

International Club of UP said…
Wow! It is always a joy browsing your content! You make a very handsome and believable Otani! Kudos to you both!
June 15, 2012 at 6:34 AM

Kaika ( aka Elpheal) said…
Thanks for the comments guys ^^ The cardigan is bought from Uniqlo and then we added the red ribbon/felt etc on ourselves.

Zeph made her own pleated skirt and I tailored my pants ^^