And so, early this month, I scheduled a very last minute Mahou Shoujo (spare me the long name!) Photoshoot because I wanted to make use of the light instalments at the iLights Marina Bay . Even though I was already in the middle of making my Homura Akemi costume, it was still a mad rush to complete everything!

And thankfully, my Madoka was able to join me in the last minute! *kiss Inuran* 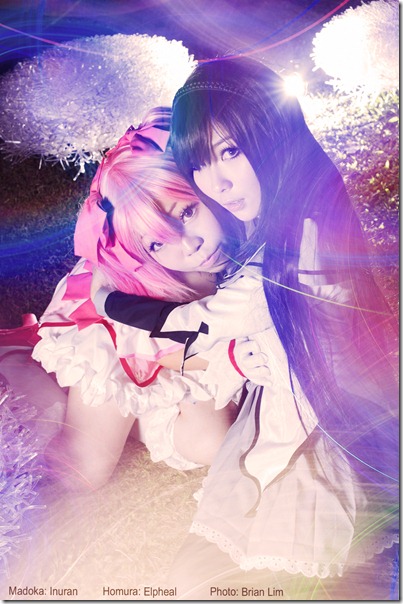 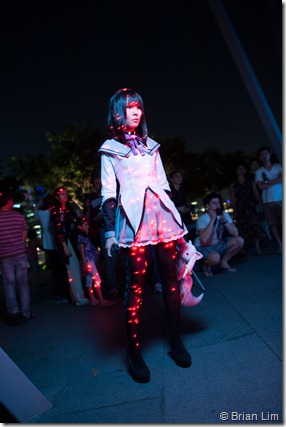 It was the last day of the iLight Marina Bay exhibition and there was tonnes of people around >.< It was a constant struggle and embarrassment trying to get a good spot. Check out the people behind me >////< !!

It was deadly embarrassing but for the love of Cosplays, we persevered! 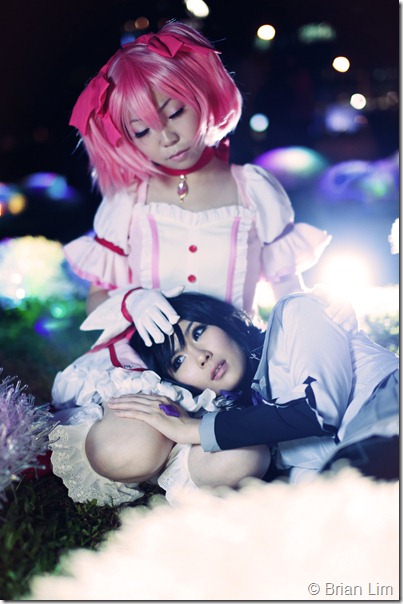 My lovely Madoka was the one who psychoed me to start on the series ( and sort of abandoned me halfway =_=).

Inuran was so MOE the entire shoot, cutesy character is definitely her thing. Unfortunately for fans of her, I will not be posting anymore photos of her Madoka here because I’m too lazy to get her approval as she has royally ordered so =x

Stalk Inuran on her DA!!! 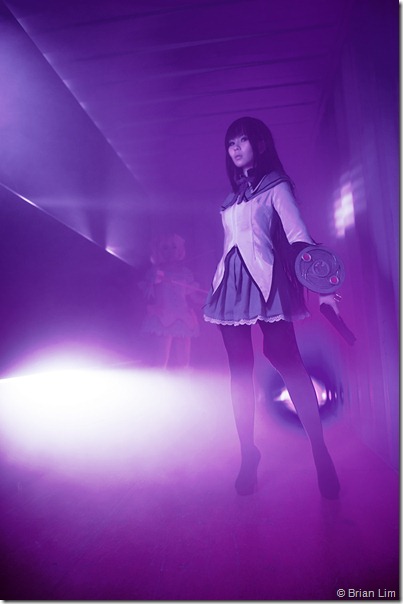 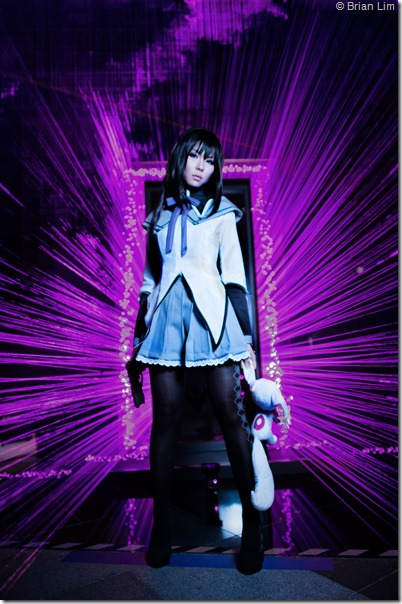 The LED light door! This particular instalment was the thing that pushed me to organise a shoot for it! While the original concept I wanted didn’t quite make it, I’m glad we got these 2 shots 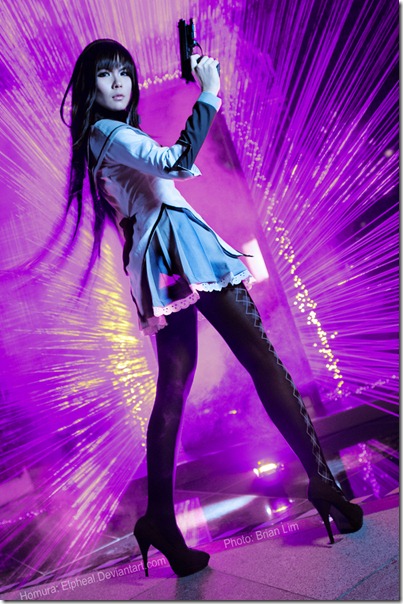 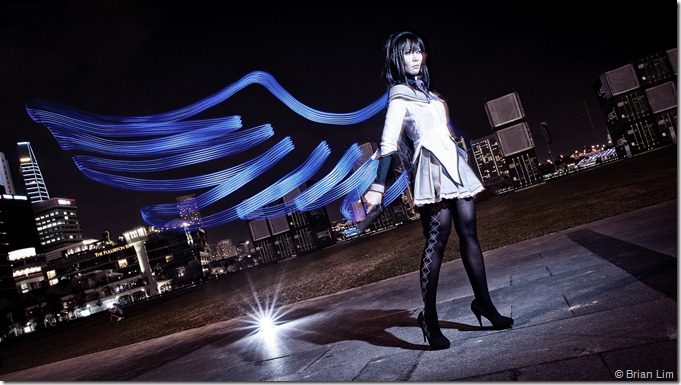 We also had the chance to have wings!!! Believe it or not, the wing is real! It has been slightly enhanced in Photoshop and of course, the photo has gone through some colour tuning but the presence of the wing is real!

It’s done by the amazing long exposure technique where I will stand still for 10 seconds while Brian uses an LED lamp to draw the wing in mid air. Very amazing *_* 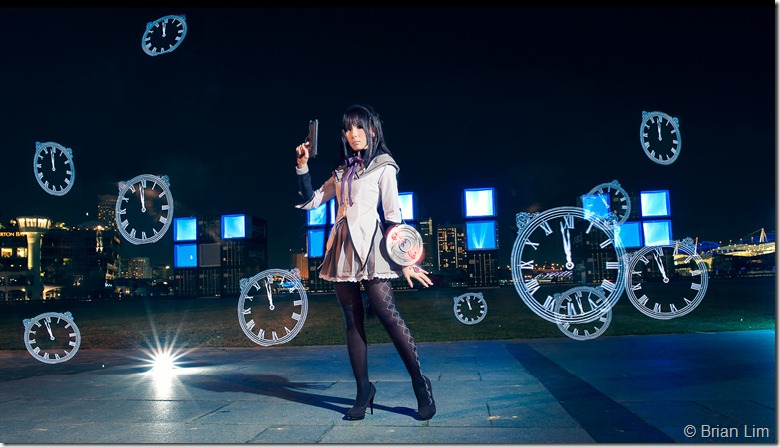 With a similar technique, Brian went on to create this SUPER AMAZING photo above! Yes, the clocks are real!!!

Because I was in such a rush, I didn’t managed to create Homura’s shield and ended up borrowing it from Yuanie who very generously obliged T_T It’s great to have friends na T_T 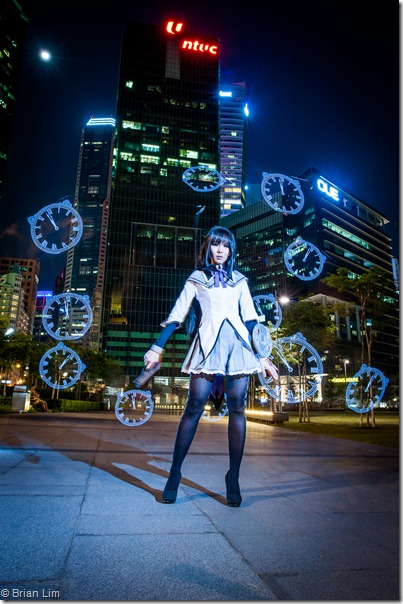 Super awesome right T_T? My face could do with some photoshopping but I’m too lazy now. So just focus on the awesome LED clocks floating in the mid air alright

So much have been happening these days I can barely keep up! It is such a struggle to balance Cosplay with Blogging. Believe it or not, every entry on this Blog takes time to put together. I’m not sure whether is it my lack of linguistic calibre or my lagging netbook; but it is time consuming. I’m also struggling to find my place as a Cosplayer who also blog and now is known as a Cosplay Blogger LOL.