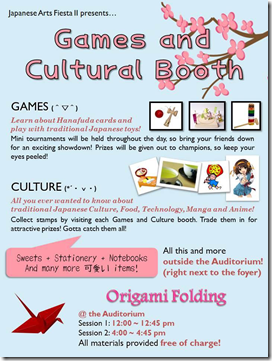 So last saturday, Maria and I went down to the Japanese Arts Festival ii held at Dunman High School. Organised by the Yukata Japanese Club in collaboration with other CCAs of the school, JAF 2 is meant to promote the Japanese culture and encourage interactions amongst youths.

Which is why JAF is not really a Cosplay Event but more of a Matsuri.

In case you don’t know, Dunman High School is a Secondary School. So it’s more than just a little cool that a bunch of 17 years old are doing this *grins*. While there are many stuffs that could have been better arranged, JAF 2 is still an enjoyable event if not a little far out >.<

The event features many activities for the attendees such as Origami Folding demonstrations, Cosplay Competition, Manga Drawing Competition , Huanted House and a Maid/Butler Café! There was also a long line of stage performances from different local Bands and Singers.

By the time I found my way to the school, the Cosplay Competition had already started. 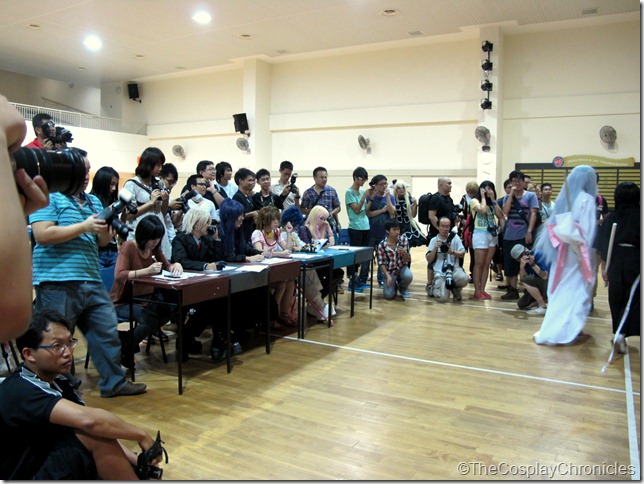 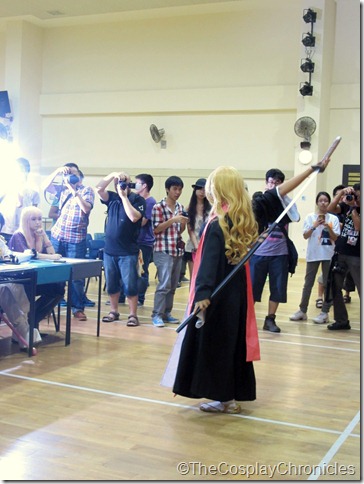 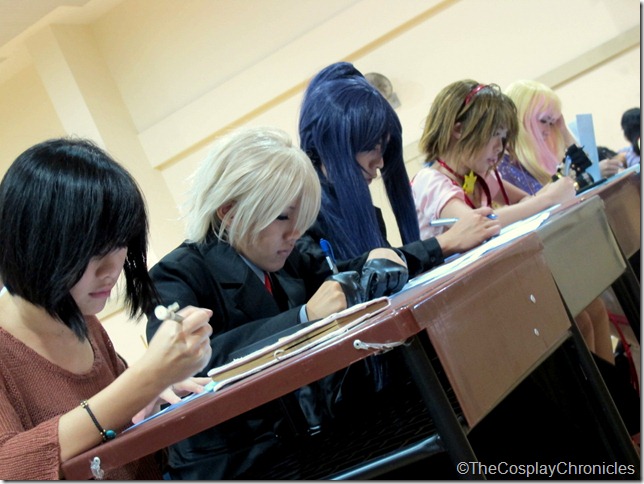 The 5 Guest Judges hard at work! 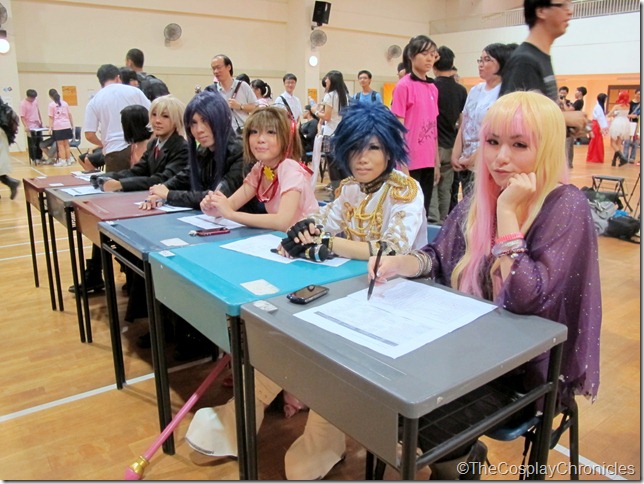 All the Cosplay Competition participants. For more photographs of Cosplayers at the event, click here.

Xen who was cosplaying as the Berserker from Fate Zero came out top amongst them and walked away with the grand prize of $100 cash!

The highlight of the event for me would have to be the haunted house! I’m not usually a fan of haunted houses in theme parks but this was unexpectedly fun! Instead of the usual single pathway design, the haunted house is converted from a classroom. Of course, the entire room was pitch dark and we can only rely on a light stick to illuminate our paths!

Your task is to find all the 3 tokens in the room and leave before the ghost eats you up. 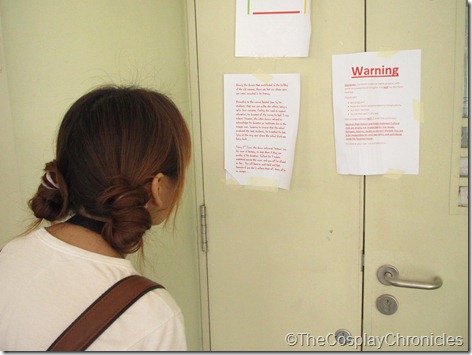 Quivering in fear reading the instructions before entering the Haunted House 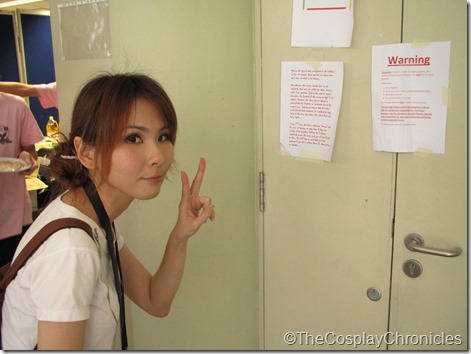 Okay, Maria forced me to take this photo LOL

For someone who cannot sleep with the lights on, I was unexpectedly scared! I guess I have psyched myself up to be in the right mood xD The Haunted House had so many ‘ghosts’ that not only move, they also block your path, grab your feet, and scream in your ear >m<!!!!

This was how we found our first token… 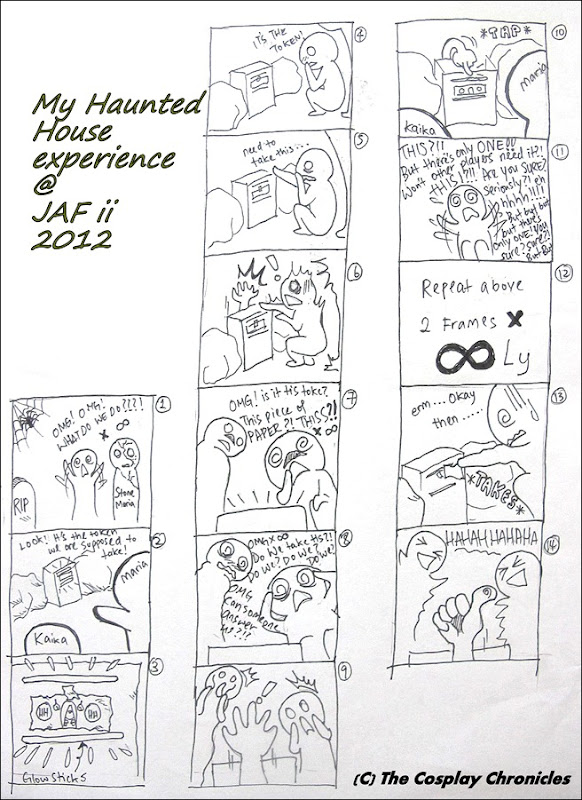 Above comic strip drawn by yours truly to show you exactly how flustered we were xD Apologies for the lousy inking and art. I’d usually draw in Photoshop with my tablet or at the very least, scan the paper instead of taking a photo but alas… my equipments have all discarded me T_T

In my comic strip, I kept asking why there is only one token and questioning whether if taking it would affect the next player. Because I somehow assumed all the players are taking part in the Haunted House game simultaneously, like walking in a labyrinth one after another. I only realised after we exit the room, that we were the ONLY players in the room *palms forehead*. Apparently, the Haunted House is designed in such a way to allow the players and his/her group of friends to enter exclusively. Which explain the long waiting time.

Anyway,  Maria and I had SO MUCH FUN inside! Kudos to the crew of the haunted house attraction! Please bring this attraction back next year and erm, open up more rooms so more players can play concurrently. The queue for this attraction was an attraction by itself ^^;; 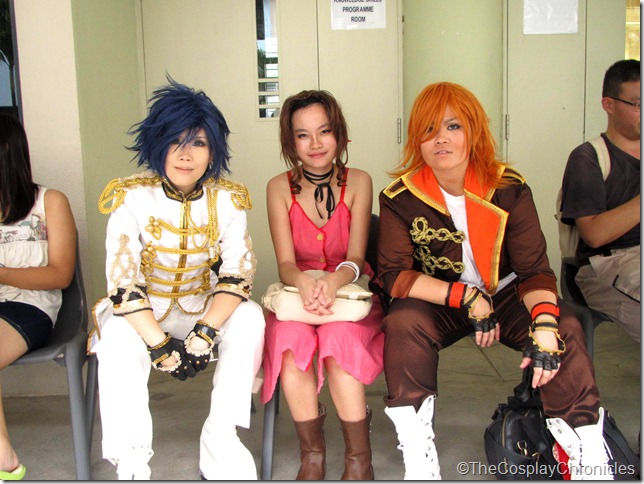 Maria and I didn’t want to miss the Maid Café so we waited in line for near an hour to enter the Café. Okay, to be fair, Maria and I only waited for like 30 – 45 minutes because we tagged along with Xrystal, Himiko and Aqua Rica who were already waiting in line. 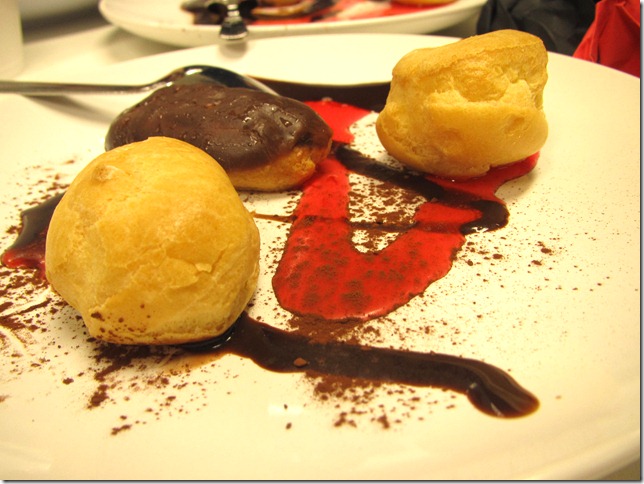 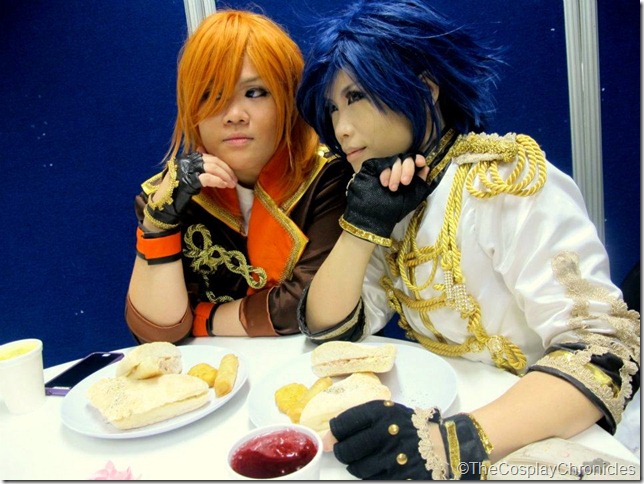 Unfortunately for me, my computer reformatted itself yesterday so the Café photos I took have mostly disappeared into the abyss of despair along with my joyful spirit. oTL 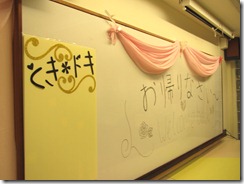 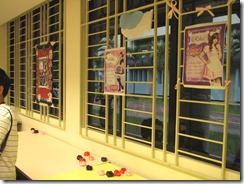 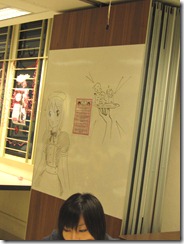 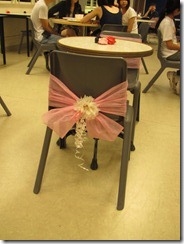 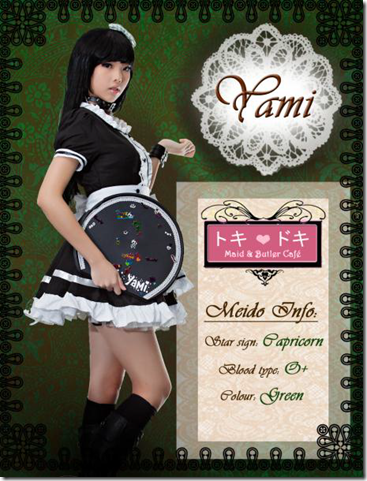 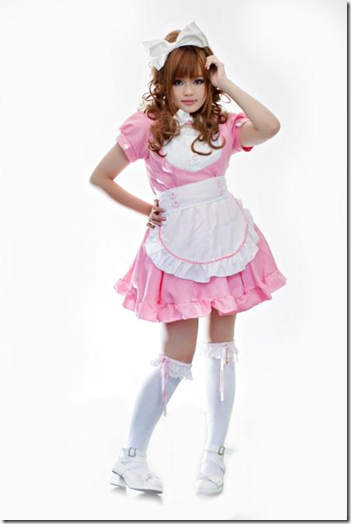 The maids were really cute though the decoration in the Café could be a little cuter ^^;; Maria requested for Yami to Power Up her food and we got Rika to feed all of us profiterole >//////< 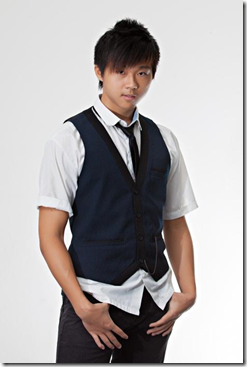 Kai the butler was also better looking in real life ^^. 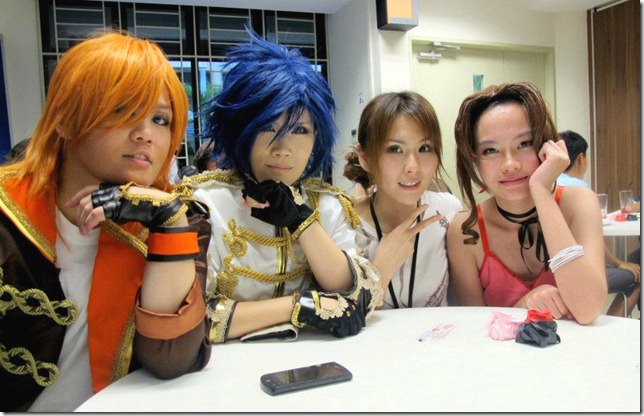 To be honest, the wait to enter was really hard to bear. Even though the awesome Xrystal (Who was one of the guest judges that day), Himiko and Aqua Rica were helping us to queue while I sneaked off in some instances to snap pictures, I still feel my patience melting along with the humidity. Not to mention because I was bounded to the perimeter, I ended up not being able to experience the event as much as I wanted =(

I guess this calls for a bigger Maid café next year along with some possible change in the system. Time restriction is not exactly the most pleasant thing to introduce but I’m sure many people would be thankful for the decreased waiting time. The fact that most of the food and drink sold out at the end proved that everyone likes Maid Café =)

Complimentary and express access for Guest Judges and Media representatives would really be appreciated too =\ I know it sounds like a really unreasonable requests to most people but there is a reason why the Guests and Media gets special treatment. I don’t think I need to expound on why a special guest needs to be treated special. But the reason why the media are usually given special grace is because they need to cover a significant amount of ground to be able to produce something afterwards. Do you think my entry would be half as interesting if I didn’t enter the 2 attractions and only snapped pictures outside?

All in all, JAF ii is a refreshing change from the big commercial events Singapore and the efforts of the students were very commendable. I’m all for Fan Based Events!

Apologies for the delay of this entry. My current sole surviving Tools of the trade (Sony Vaio Netbook) reformatted itself yesterday, taking with it almost everything T___T . I’m still in the midst of recovering lost data (and lost spirit) hence the slight lack of photos from usual. Still hope you guys enjoyed this! Remember to comment below!

Anonymous said…
Haha actually Dunman High is an IP school and this event is organised by the senior highs(JC)!
July 19, 2012 at 12:27 AM