When I was in the land down under (Sydney lol) for SMASH last month. Zephyus and I decided it would be awesome to organise a shoot with a local photographer, get into the local community and have a foreign backdrop. 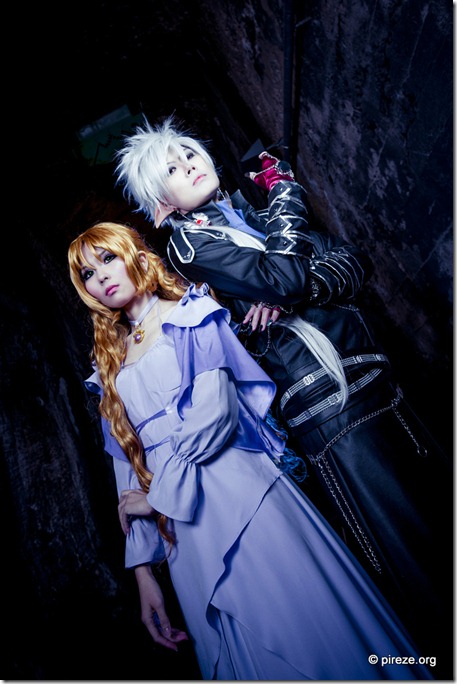 So I asked on facebook and 冬美 ティナ kindly gave me a list of Sydney photographers I could get in touch with.

Pireze’s (Icie) website was the first on the list and the first I clicked. And I was happy to know, it was the Sydney photographer Brian had marvelled and shown me pictures of some time ago. When Zephyus propose we do a Skip Beat shoot in Australia, Icie was the first photographer I thought of (partly because he was the only one I knew but hey, for someone who’s as bad at remembering things as me, it means something if I can remember someone’s work xD). I would have contacted him first if not for the fact that my desktop and laptop both decided to self destruct and cleanse all bookmarks away. So you bet I was happy when 冬美 ティナ passed me his links! Thanks again for the help babe ^_^ 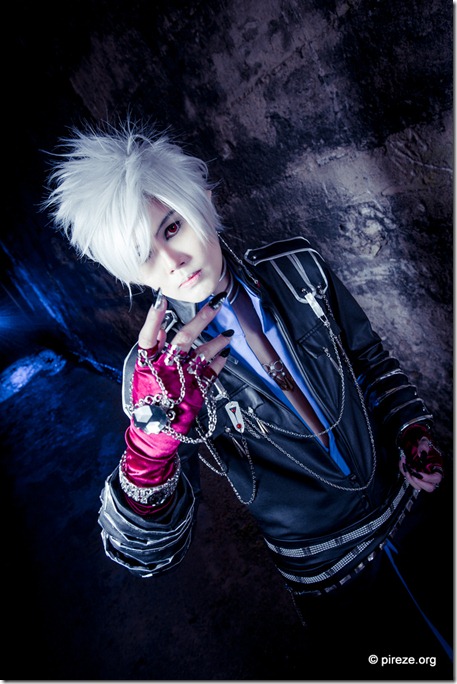 We discussed on possible shoot location and Icie being the awesome photographer he was, proposed this tunnel place in a park which both Zephyus and I thought was perfect for ‘Prisoner’. 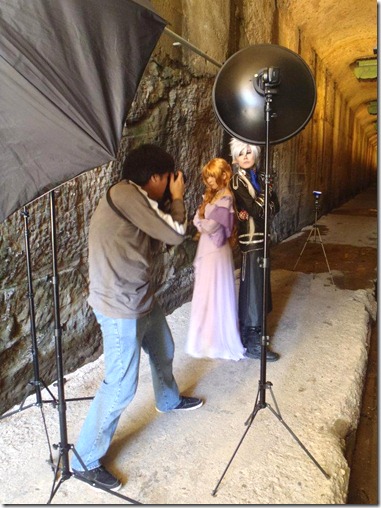 The location was a little out of the way and required a bit of walking to get there. We were thankful Icie was nice enough to travel down to Central Station to meet us and then lead us to the location. It would be such a horror to be lost before a shoot ;_; 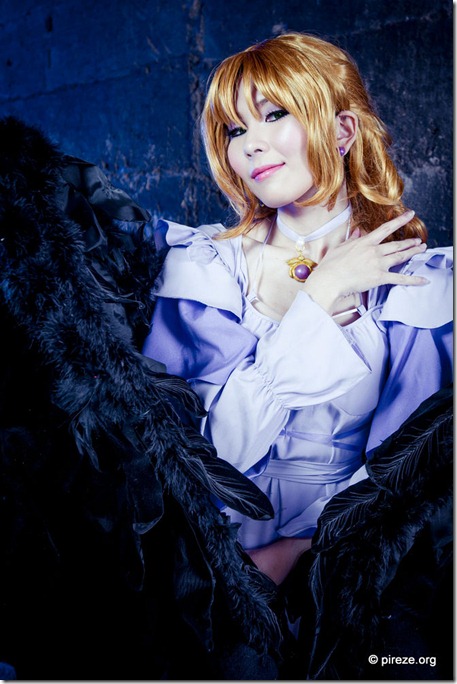 Like Zephyus mentioned in her comments, the weather was way too cold for a Singaporean but on the up side, that also meant our makeup lasted through out the shoot and we weren't sweating like pigs. I was shivering through out my entire Australia trip and seeing how thin Kyoko’s gown was, I decided to not only wear thermal pants but also stick heat pads on my abdominal area .With the grace of Jesus, it turned out to be one of my hottest afternoon in Sydney xD Amen!

I accidentally flushed my contact lens away the morning of the shoot so Icie had to photoshop them for me =_=. 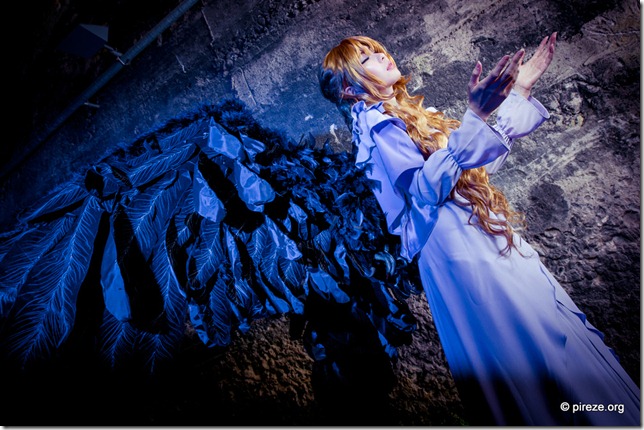 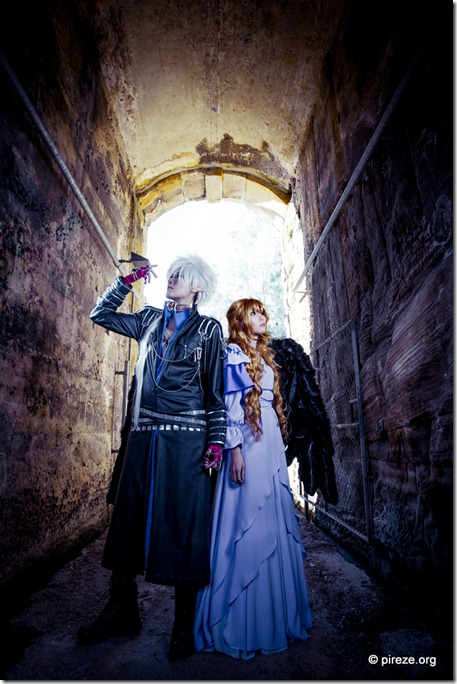 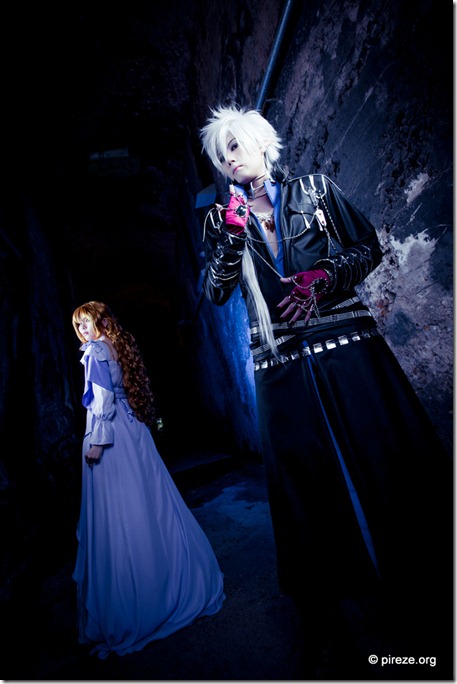 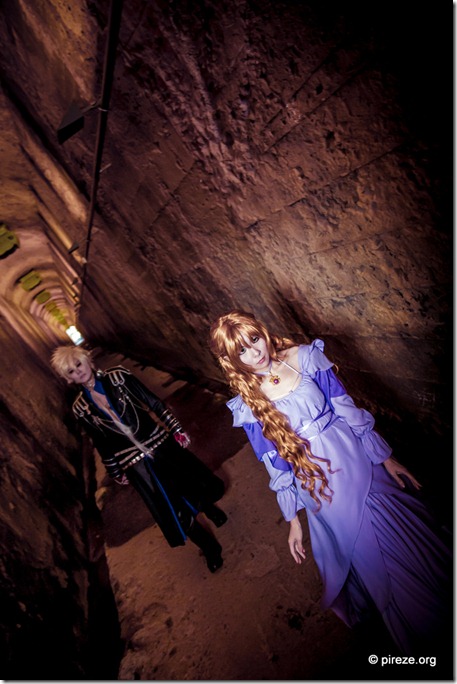 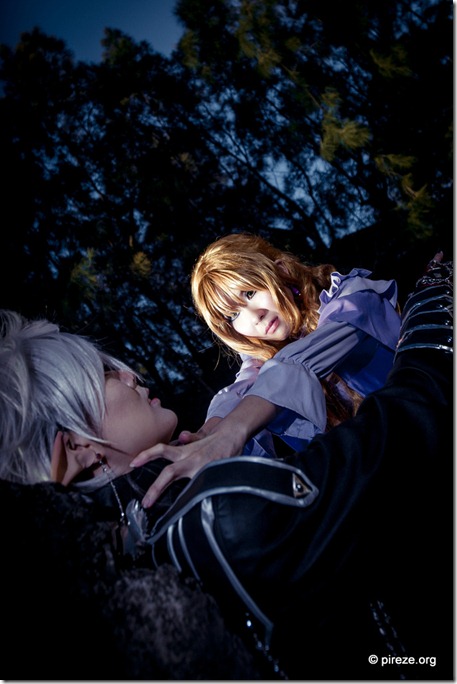 The iconic scene in ‘Prisoner’. Kyoko the Angel strangling Fuwa Sho the Devil to death. Unfortunately, there wasn’t any balcony like structure around and we had to make do with…. 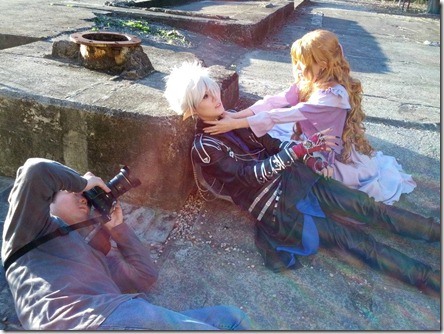 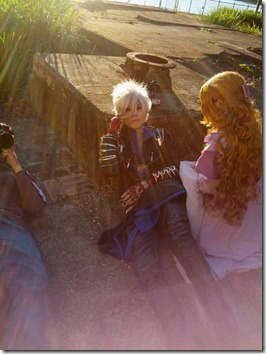 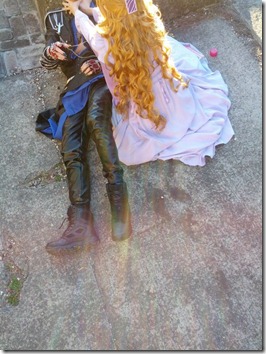 A short plateau like structure=_=. LOL. Poor Zephyus and Icie had to lay on the floor to get the shot. 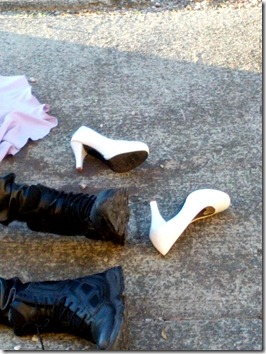 I took off my heels for the shot because it was just too hard to bend over in a cancan with long skirt over a slope. Apparently Ryuzaki and Icie were both very amused by this sight… that and the fact that I was wearing socks with heels. You can’t blame me though, it was cold D:! 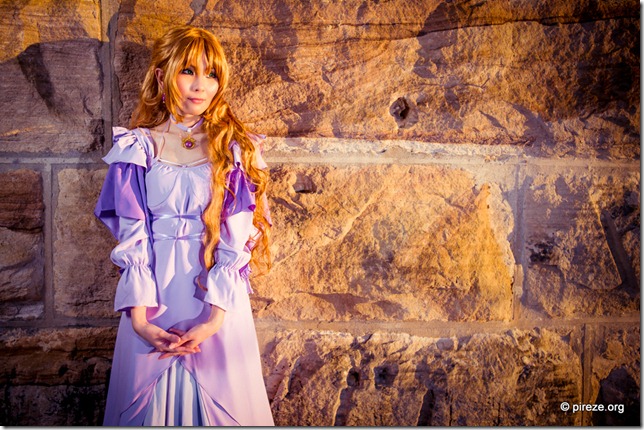 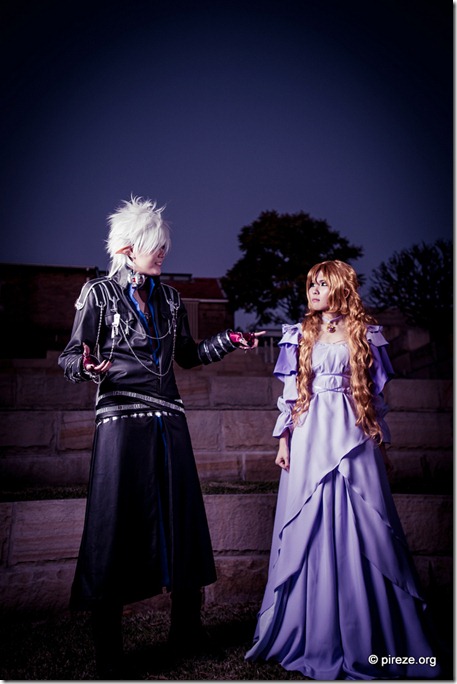 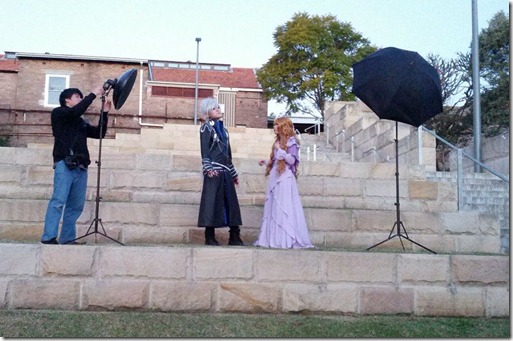 Read and view the rest of the photos at Icie/Pireze’s website !

Overall it was a pretty fun experience working with Icie and working with Sydney’s winter. I have worked with photographers who wouldn’t discuss shots with cosplayers and I admit, I was pretty afraid Icie would turn out to be one of them. Thankfully he wasn’t and we all had a good time together. 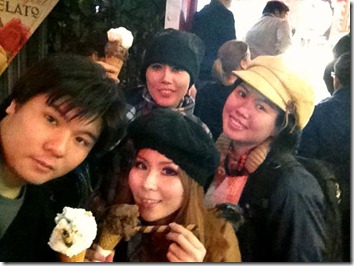 Special thanks to Rayuzaki for helping us get ready and hold my wings for me in the shots >.< Because the wings were originally designed to be 'close-able’ in crowded areas , it was a bit  uncontrollable for static pictures and Rayuzaki had to help me hold them in place. Thank you so much babe!

DEARX said…
OMG DID YOU /FLY/ TO SYDNEY WITH ALL THOSE WINGS PROPS?! WOW :o
eeee love the photos!!!! And you pulled of Kyoko so well *u*

I'd love to shoot with you guys someday if I ever make it back to Asia lol.

pohcbSonic said…
Not bad sia. And great epicness on the strangling shot. Nearly laugh myself off the chair. xD
August 11, 2012 at 9:03 AM

Kaika ( aka Elpheal) said…
DEARX: Thanks! I did specially design the wings for easy storage and transport so it wasn't as bad as it otherwise would be. But it was still a pain in the as* to lug over lol! Hopfully I can do up an entry on how i did my wings =)

Anonymous said…
HAHAHA THE STRANGLING SHOT!
I totally understand how you guys did it.
but the photos looked awesome! <3
August 13, 2012 at 12:56 PM

Tina冬美 said…
Glad I could be of help Kaika ! I told you you could never be disappointed with Isaac xD So glad you enjoyed your time here and it was a shame I wasn't able to meet you ; w ;

DEARX said…
:o I'd really be interested in seeing how you managed to pack and lug that around especially through airport travel!
August 22, 2012 at 9:19 AM