And so, Tiger & Bunny the Movie is now in Singapore! Much thanks to Golden Village for bringing the movie in exclusively ! The website states the movie to be 150 minutes but the actual run was like most Animated movies, only 90 minutes long. The movie is equipped with both Mandarin and English subtitles. 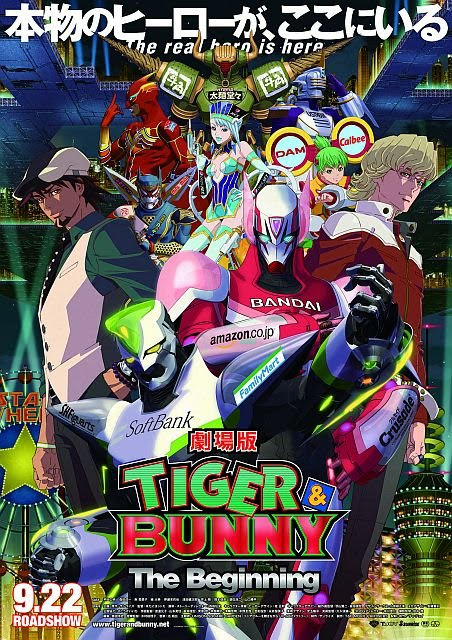 The movie begun with a remake of the first episode of the series which took us aback. Kotetsu appeared in his original Hero suit and exactly like the first episode, He screwed up incredibly bad. 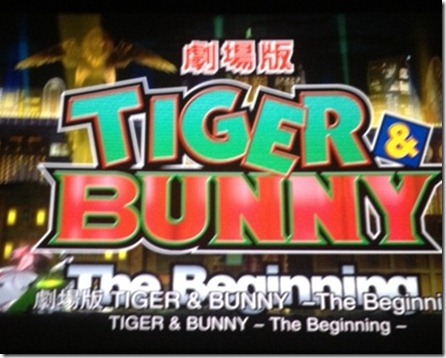 He soon found his agent company bought over by another company. And he is forced to pair up with an arrogant newbie; Barnaby Brooks Jr. 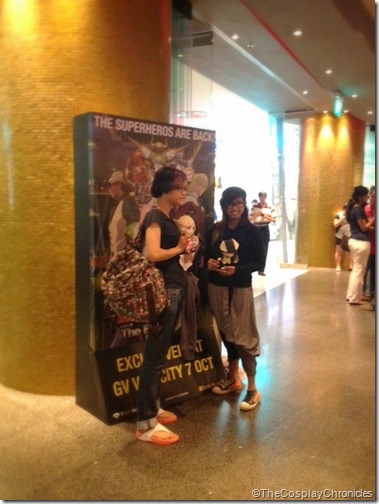 Thankfully the fun of the original series was a pleasant experience and most of us enjoyed it. My guess is that the producers were trying to cater to both fans and new viewers.

The story then continues to the enemy that moves statues, same story as the TV Series but this time with a different perspective,  focus and side stories. The progression of the story were obviously sped up which made the bickering dialogue a little rushed but thankfully, no biggie. And the entire theatre got all the jokes even if they were in the background ( Origami Cyclone!!).

And for all the different hero fans out there, you will be happy to find a lot more moments dedicated to each of the heroes. There were so many funny Ivan moments xD !!! And to the Tomoe x Kotetsu fans, you will be happy to find many beautiful scenes of their memories together. I really liked how the producers included Kotetsu’s memories and his promise to Tomoe, it adds a lot more depth to the character and it almost makes you feel his pain.

And of course, no one in the theatre could miss the incredibly sexy (and trolling ) henshin scenes of the different heroes. Yes, the movie had a really high tension ‘SailorMoon-transformation’ moment that showed how the individual heroes changed from their casual wear into their Heroes suit. The mystery of Blue Rose's blue hair is solved ! 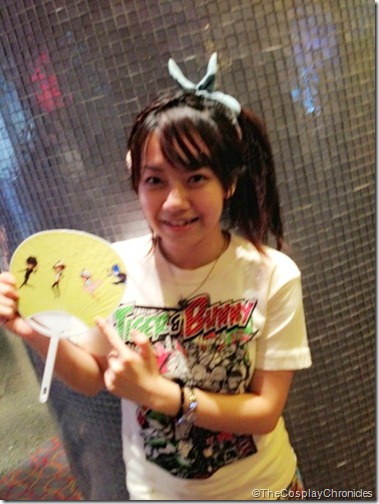 The story soon unfolds into an original plot which according to the incrediblybigTigerandBunnyFan Reiko, could be an explanation of Barnaby's sudden shot to stardom in the original TV Series.

I shall spoil no more and let you enjoy the plot yourself.  All in all, it was a great experience to catch an Anime Movie in the big screens. For me, the companionship found in the crowd was amazing. The movie producers created so many funny moments for the entire cinema to flip over and the roars were astounding! Everyone was just enjoying every moments to bits!

Being the dedicated Blogger I am, I remembered you guys and sneaked some peektures. 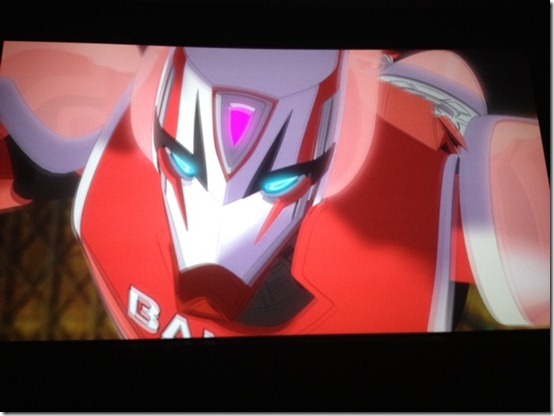 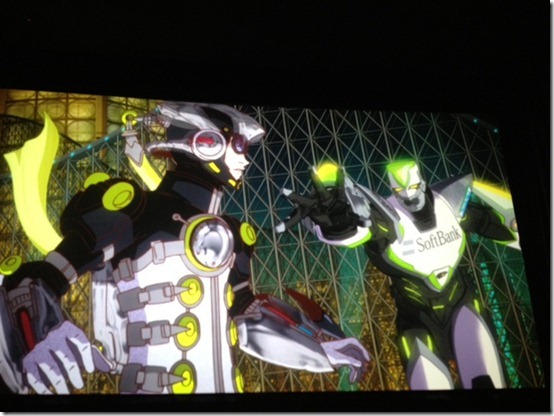 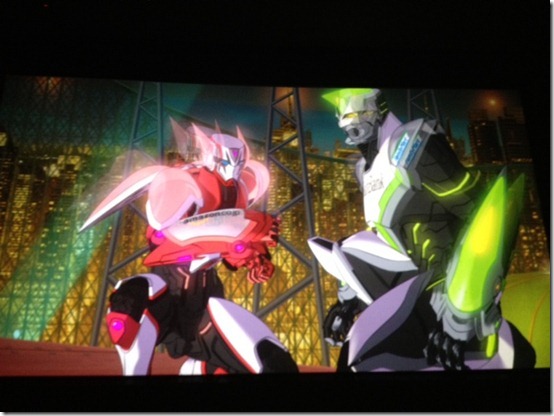 Remember to catch Tiger & Bunny – The Beginning at your local theatres if it’s showing ^_^ ! Golden Village is screening the movie until 17th October, 7:15pm slot .