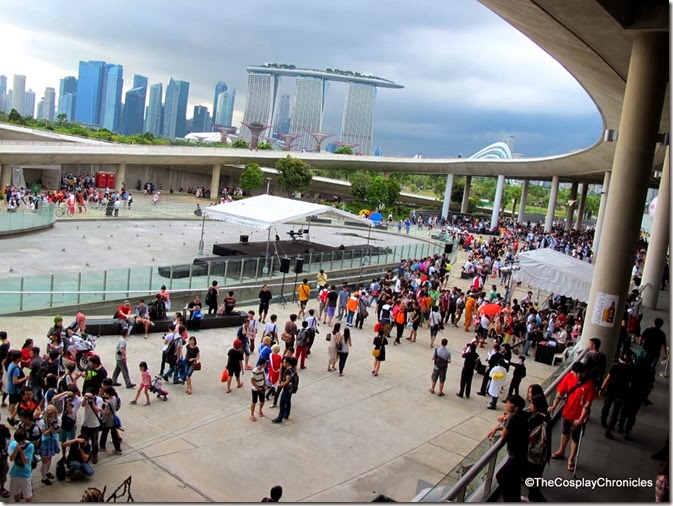 Today I braved the blazing sun to attend EOY at Marina Barrage. This is the 2nd year the event is held here and the turnout is overwhelming despite the scorching heat. 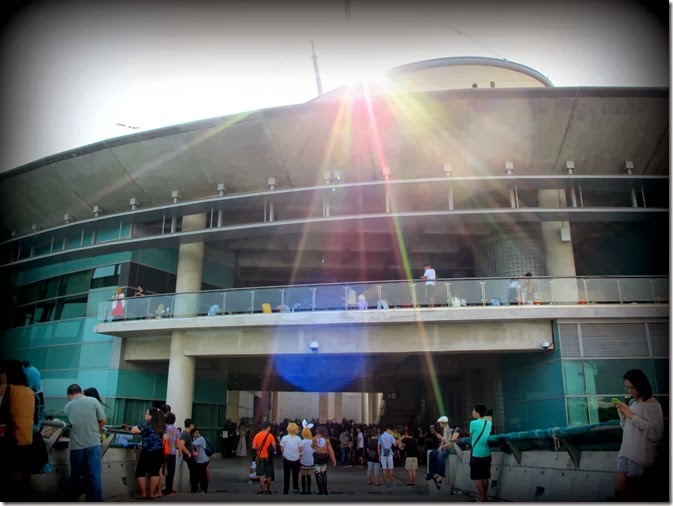 That lens flare is real, not photoshopped LOL. 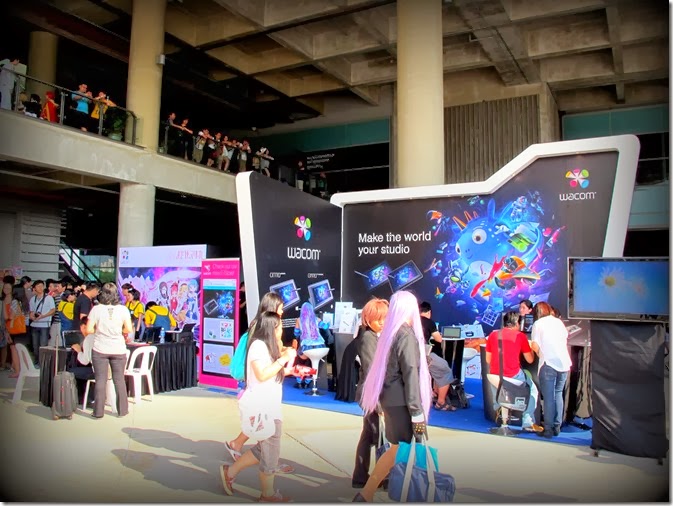 There were quite a few big sponsor booths at the event. The reknown tablet producing company; Wacom held the biggest booth. 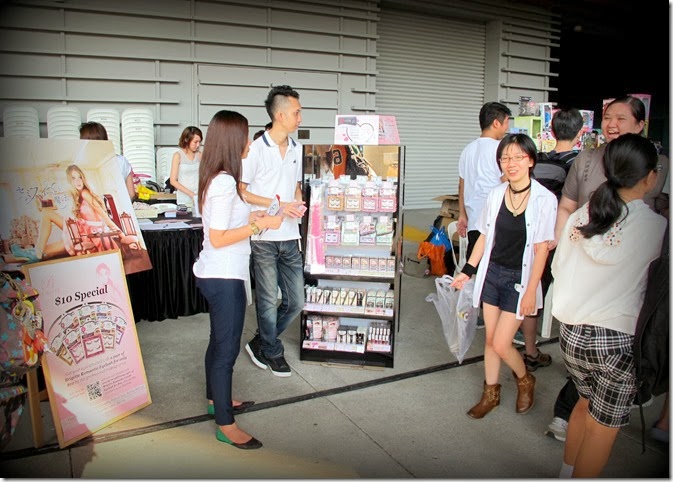 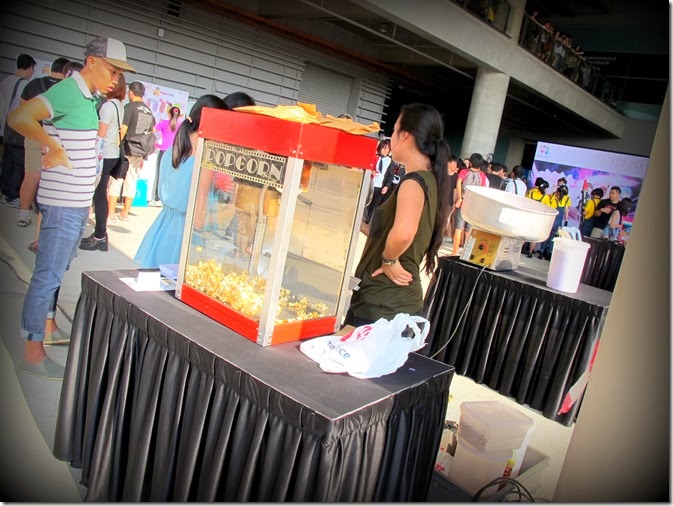 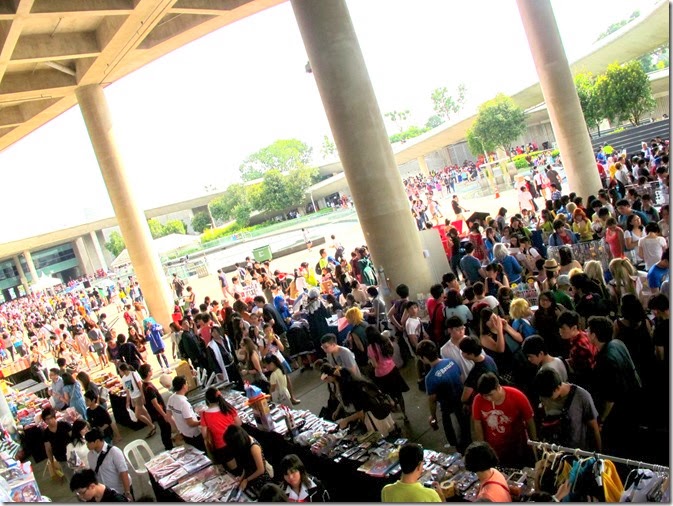 The turnout this year is surprisingly good despite the near barren location! I didn’t attend EOY last year so I guess I didn’t know what to expect at their new venue. 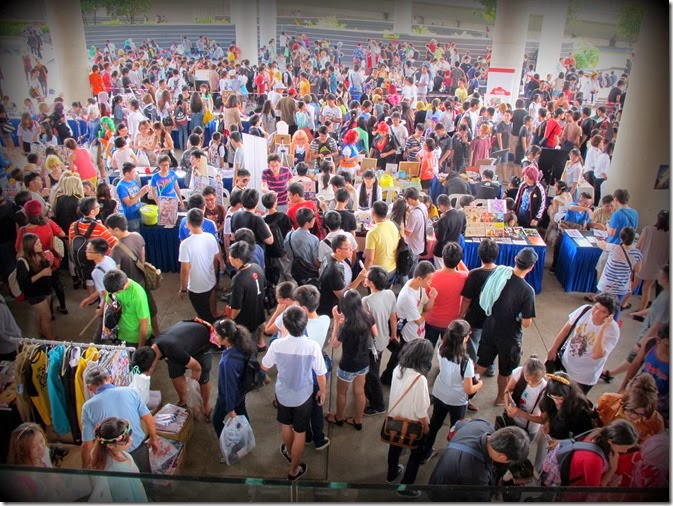 There were a lot of booths for everyone to look at. 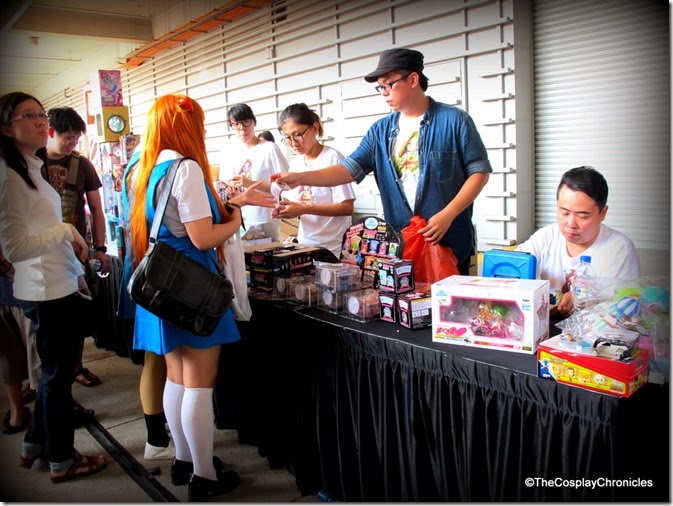 The two cosplayers here were playing a lucky draw game I think. 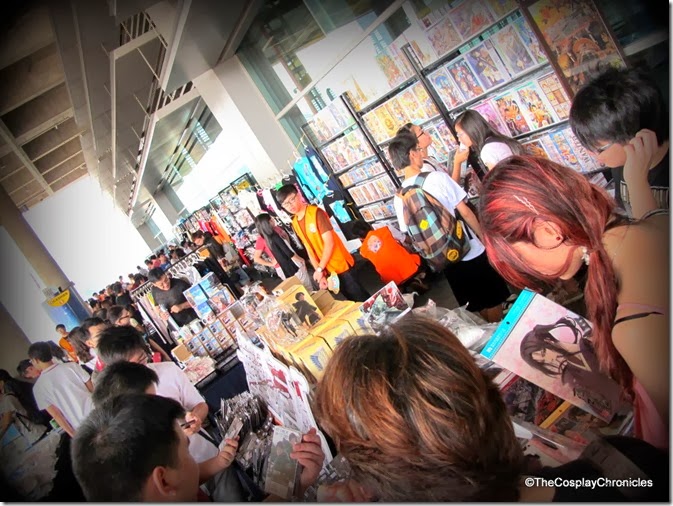 There were many Anime Merchandise booths selling anime goodies! 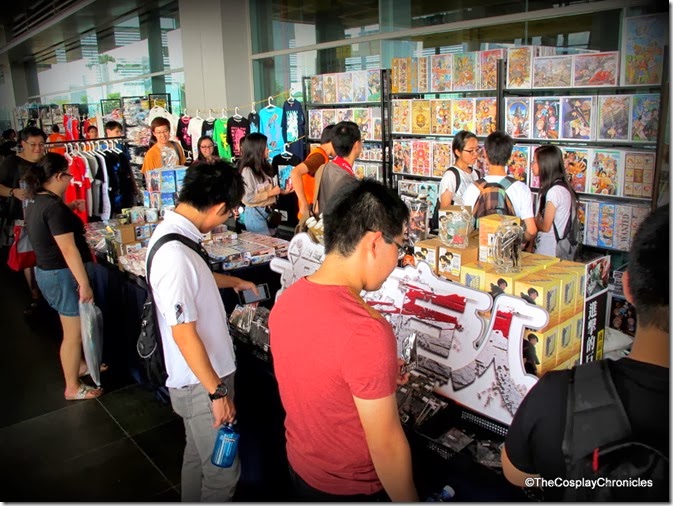 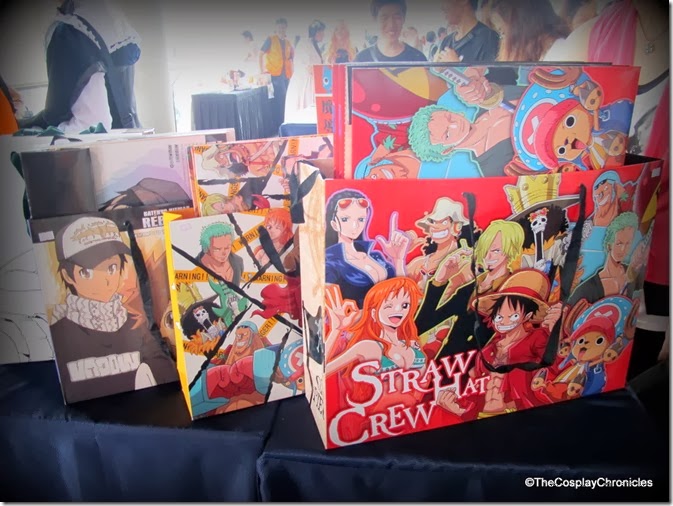 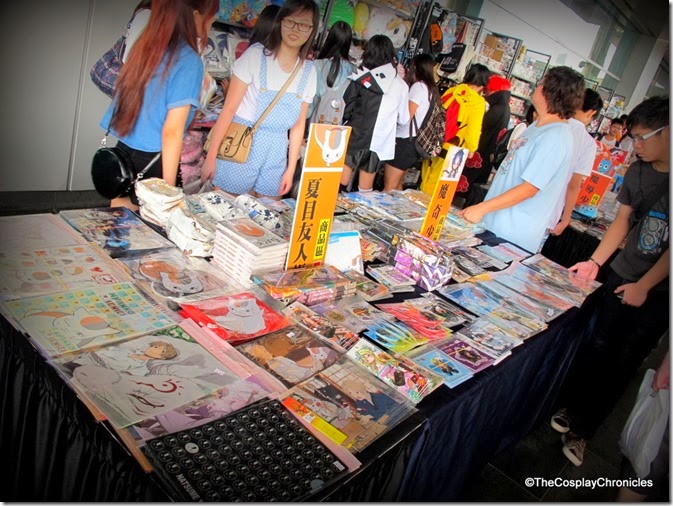 Natsume Yuujinchou corner >w<! They even had a lucky draw thingy for it! The Japanese name (Kuji? ) of the game escapes my memory at the moment, but basically you pay a flat fee and draw your prize from a concealed box. 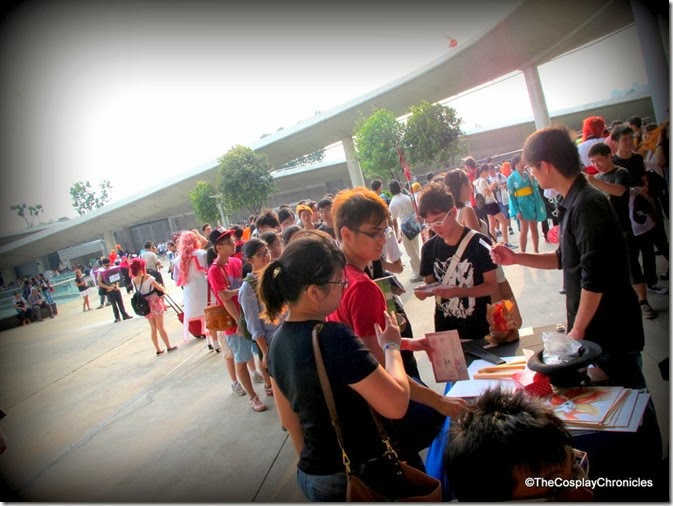 Many people were queuing up for this booth. It seemed to be some sort of game booth where you can redeem something. I couldn’t find any signboard to explain the queue so 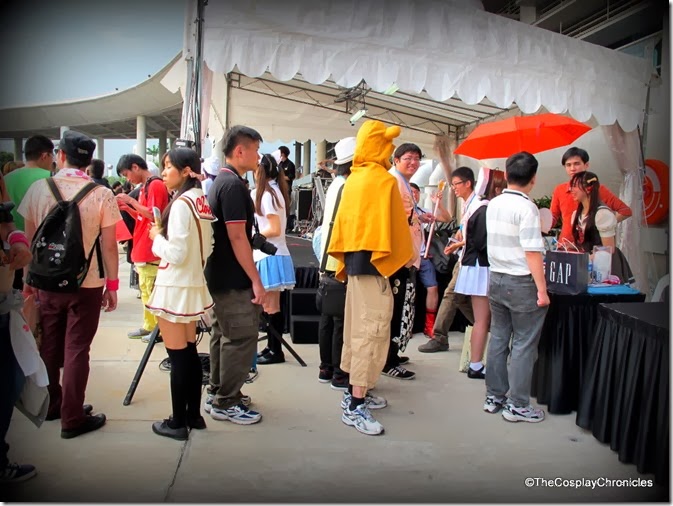 The VIP for EOY this year is NicoNico Dancer; Wata !  This is her during her autograph session. 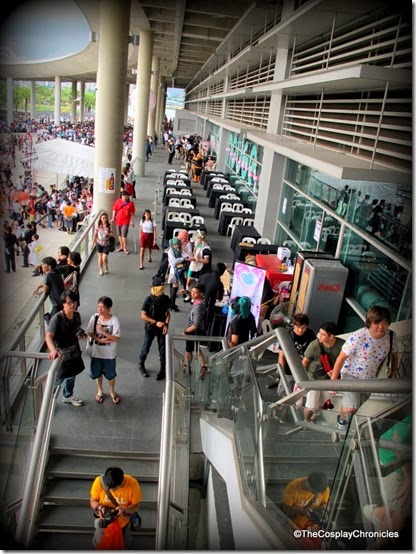 The Maid Cafe from bottom down near the end of the day. 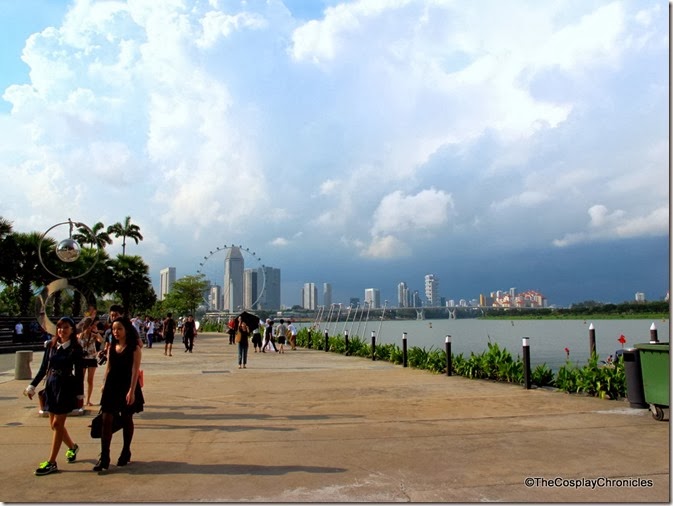 Azure skies with the Singapore Flyer as the background. 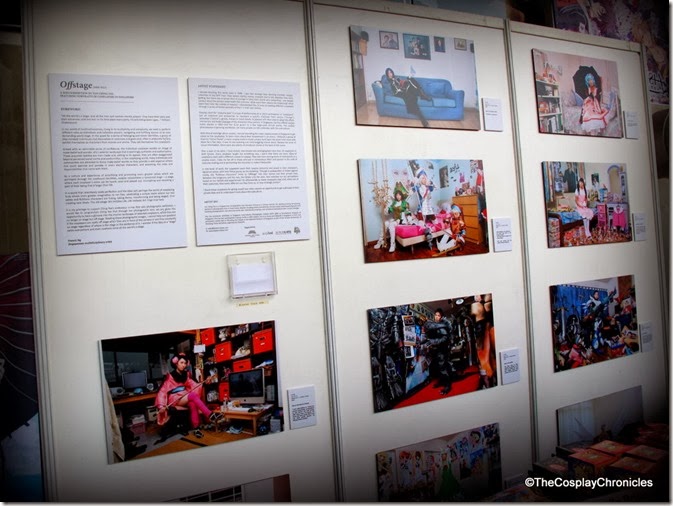 There was also a mini photo exhibition by singaporean photographer, Tan Ching Yee. The photographs features different cosplayers in their bedroom with their fandom in full view. I personally think the photographs have a very interesting conept and it’s always juicy to oogle at someone else’s room to know more about them. 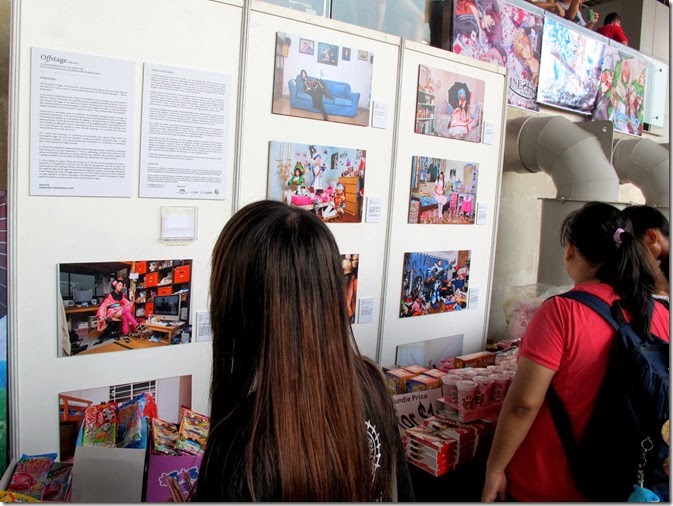 However, I do think the scale of the photographs can be printer bigger for more comfortable viewing and easier appreciation. The location of this exhibit can also be improved. It had a booth table just in front of it –________-;;

Alright, on with the Cosplay photographs! So much thanks to all the cosplayers who posed for me! Also thanks to people who said hi to me , I’m sorry I looked so bleah today ( / o  \)

Hope you guys enjoy this short write up!