Probably one of the last event before 2013 comes to an end happened at Downtown East this weekend. 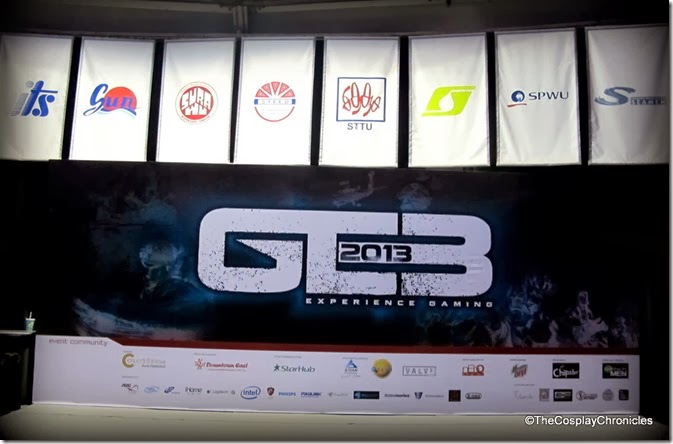 We have been waiting for months to share some exciting news with you. It has been our dream for a while now to organise a major league event for our loyal fans and gamers. Now, we are finally ready and so excited to end this eventful and spectacular year on a high note.

The event features the Asian Cyber Games 2013 Championship that sees 9 countries from around Asia competing for the title of DOTA 2 ASIA Champion! 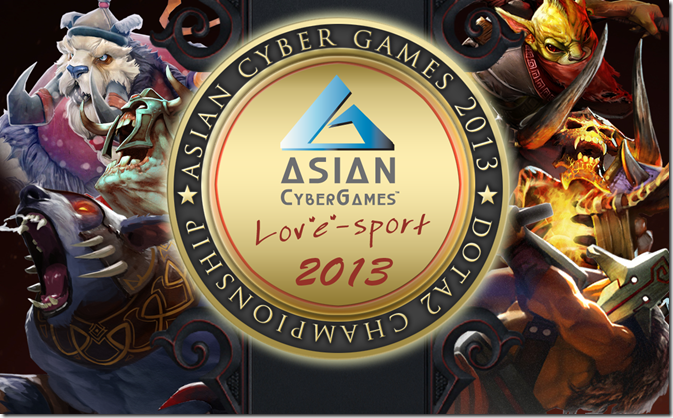 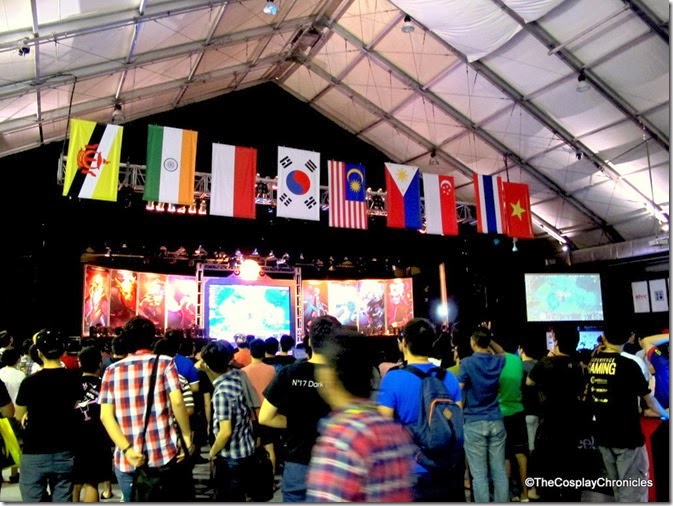 No wonder there were so many flags hanging on the ceiling of the tent! Guessed it had something to do with inter-national competition hehe! And the crowd definitely was sucking up the game. 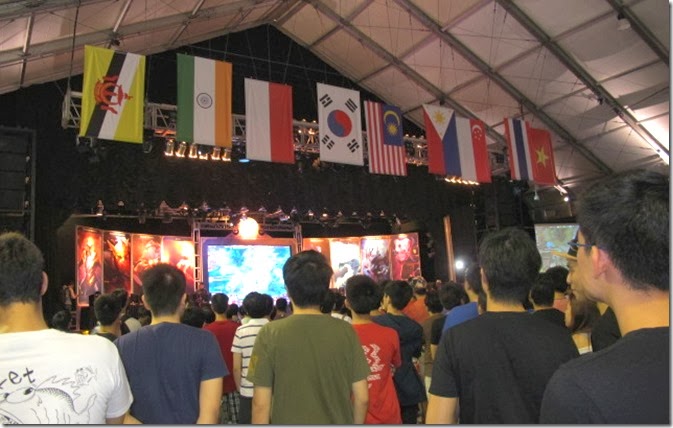 Look at the amount of people watching the match lol. It was easy to tell how engaged the audiences were because pretty much every 10 minutes you hear them rave or go “AHHhhh!” in response to the match that is screened in real time on 3 big screens in front. 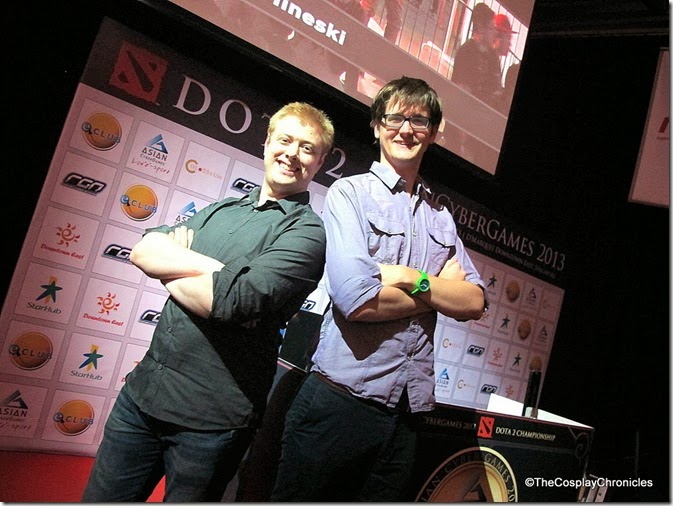 Celebrity Shoutcaster TobiWan and Godz were also there to shout cast for the main matches. There was also a photo session with them, well either that or they were too popular and get stalked by fanboys who came up one after another for a photo opportunity and they were nice enough to oblige xD 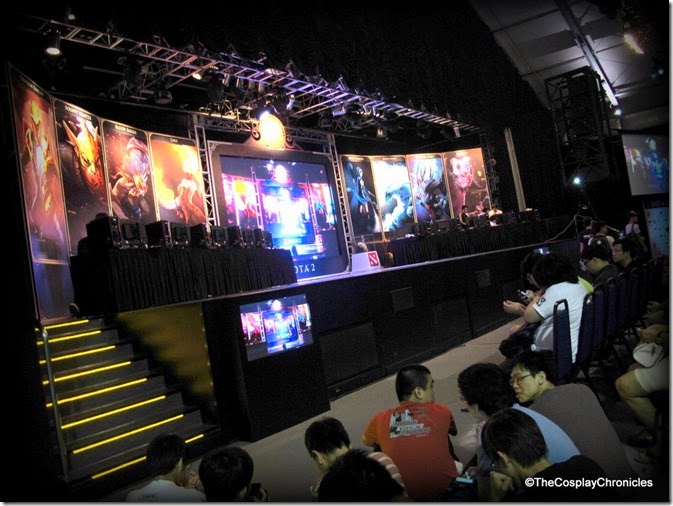 Super loved the set up on stage! My camera does not do it justice but it looked mighty grand and awe-inspiring! It’s like you’ve been warped into the game itself. If I didn’t hear the host wrongly, there was all night gaming available. 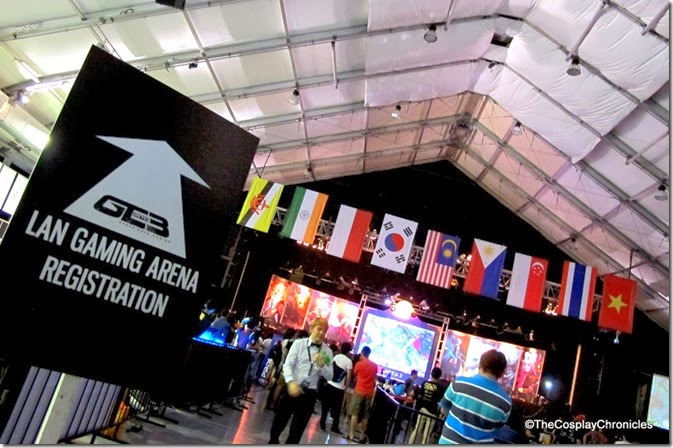 There were a lot of gaming activities and booths set up for the public to play. Quoting the official website, the Gaming Arena at GE3 consists of the highlights below.

Which is indeed true because despite the small scale of the event, everywhere I go, I see someone playing something at the booths. 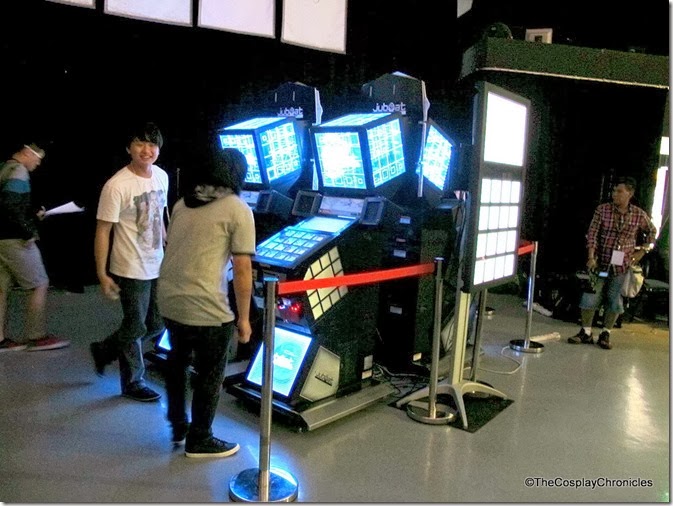 One side of the Jubeat station with it’s two competitors. 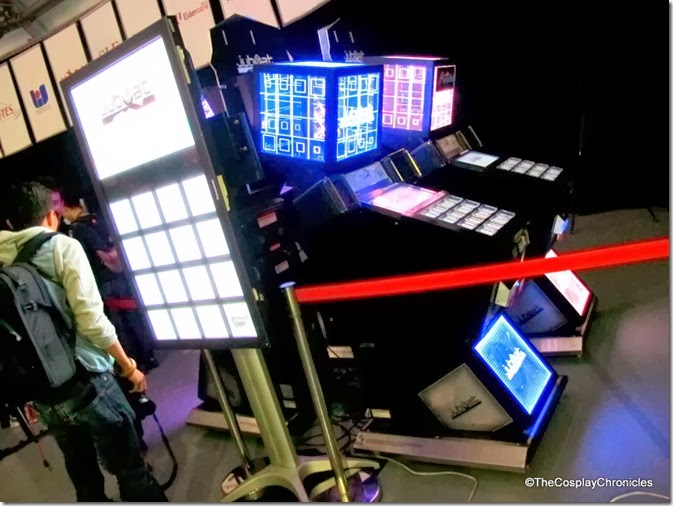 The other side of the match with another 2 Jubeat stations. 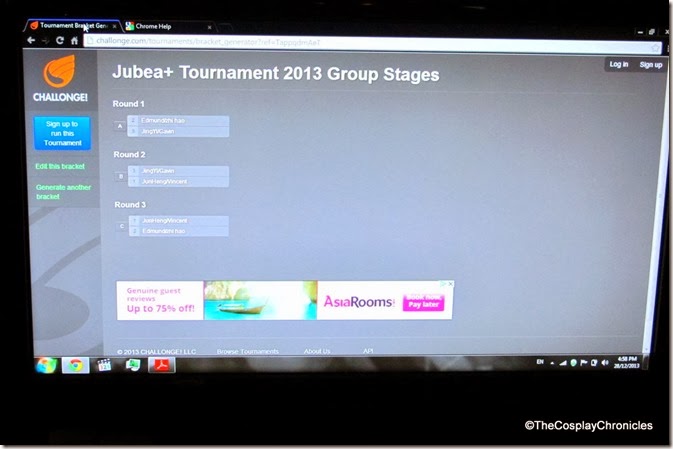 There was a Jubeat tournament going on and even though it was small scale, the audience seated around were very engaged and absorbed in it. Grooving along with the competitors and cheering at the end of it, so much fun! 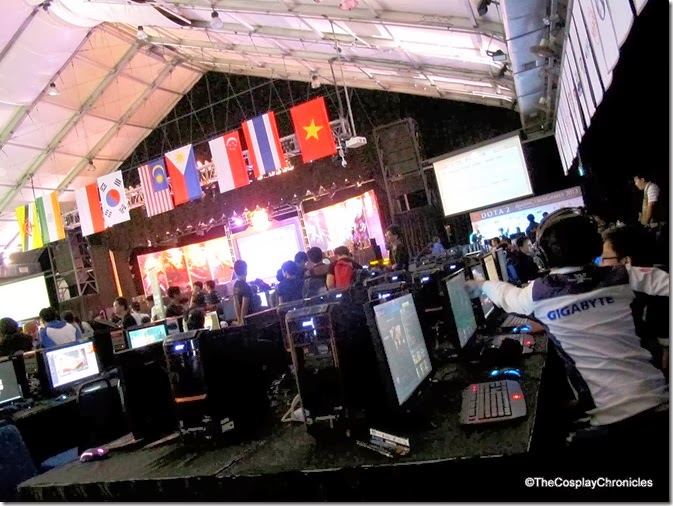 There were 120 computers at the LAN Area. 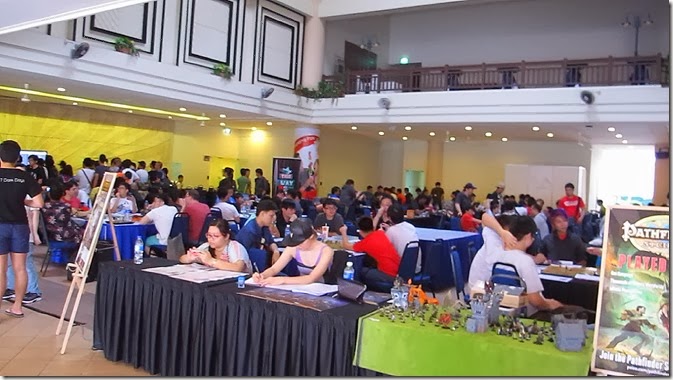 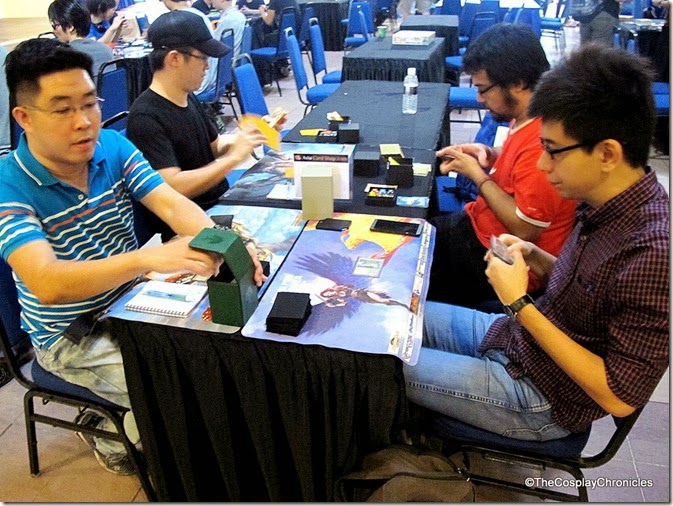 Behind the tent (Which was the main event area) was a big gathering of Pokemon and Magic: The Gathering Card Players.

Other than gaming, there were also Cosplays! I missed the Cosplay Competition entirely so sorry, no photos to share =( 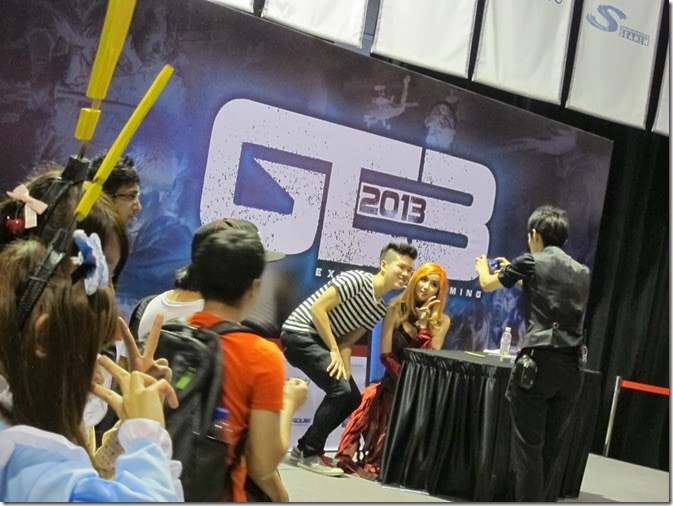 Celebrity cosplayer; Alodia Gosiengfiao was also there. She was invited as the VIP and featured Guest Judge for the Cosplay Competition. Here she is seen holding a signing session and having a photo taken with a fan.

Hehe, as you guys who follow TCC on facebook would know, I also got to meet her again, gave her a bag of snacks and did an interview with her! This is not the first time I interviewed her, check out this other interview I did with her when she came down as a guest for International Cosplay Day Singapore.

As usual, Alodia is a dearie, always calm, friendly and amiable. But this time I played a little game with her and you have a chance to see her panick hehehehe *evil kaika*

Look forward to the video soon! 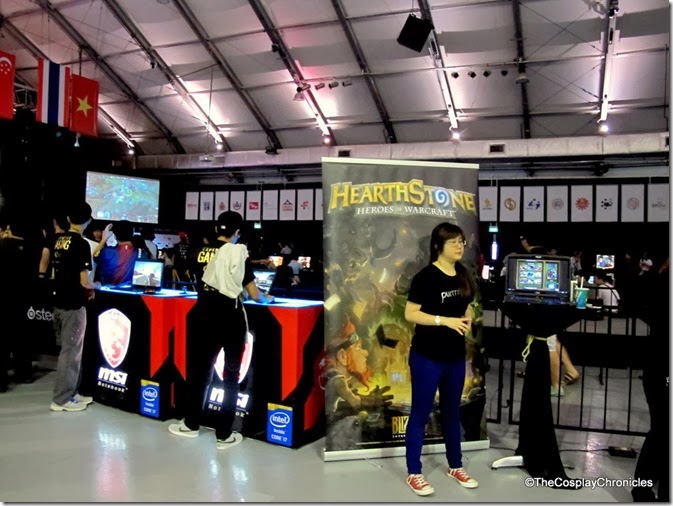 The Hearthstone booth with demo laptops. 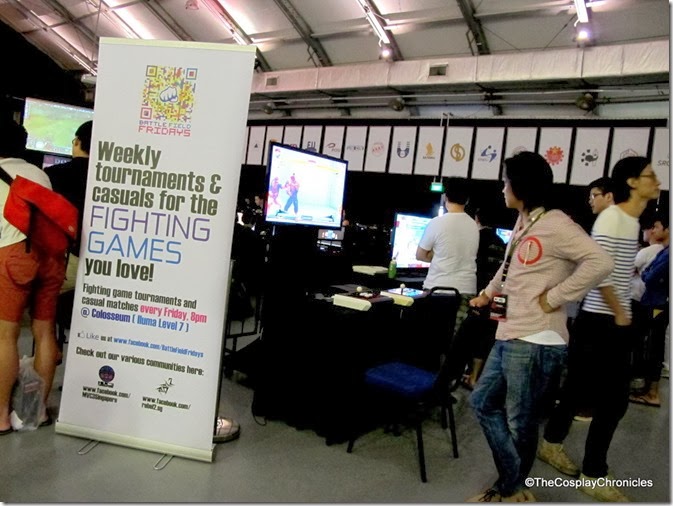 The Colosseum’s booth had 3 (or was it 4?) sets of Playstation console and TV down for anyone to play Blazblue. The booth had a constant stream of players xD 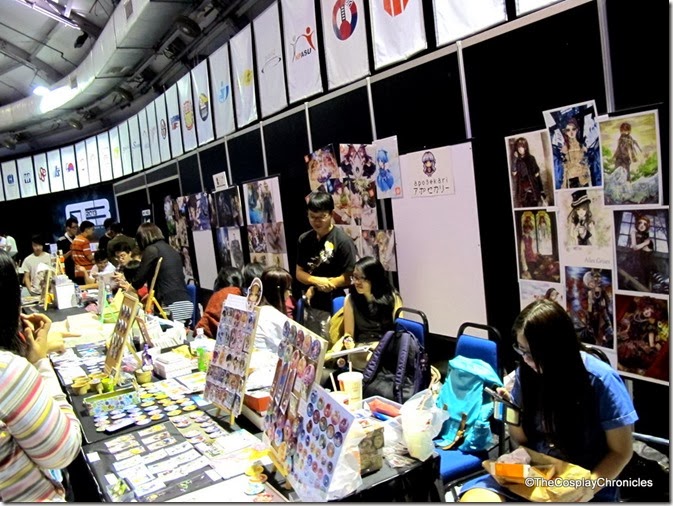 There was a small side dedicated to doujin artist too.

There weren’t many booths in the event area, which made the event area looks a little sparse. Hopefully next year, there were be even more booths and games for casual attendees like myself. The tent was also very dark , maybe to accommodate the live broadcast of the DotA competition but it did made me a bit sleepy hahah. Perhaps next year, the booth owners can up their game by setting up booths with better lighting and design. 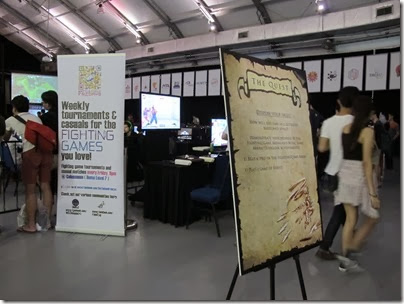 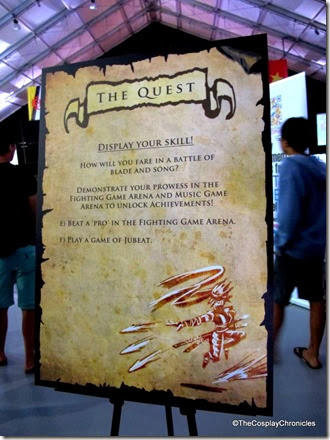 ‘The Quest’ is an adventure where participants can experience the many different facets of gaming. Explore GE3, and complete unique tasks to unlock achievements. A daily lucky draw and bountiful rewards await those who complete every single one!

The event also features an attendee friendly game called ; The Quest. I like to think of it as a puzzle or treasure hunt game where participants follow the clues to find the next clue to find the final answer. 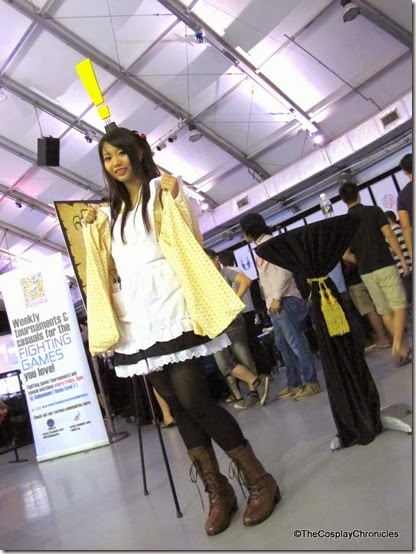 The Game Marshals were cute girls with an exclamation mark on their head xD WIsh I had gotten more of their photos! 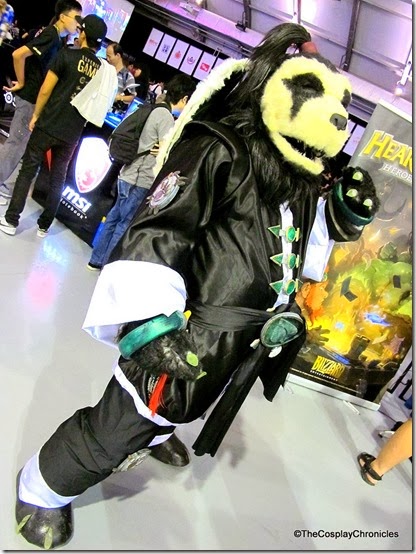 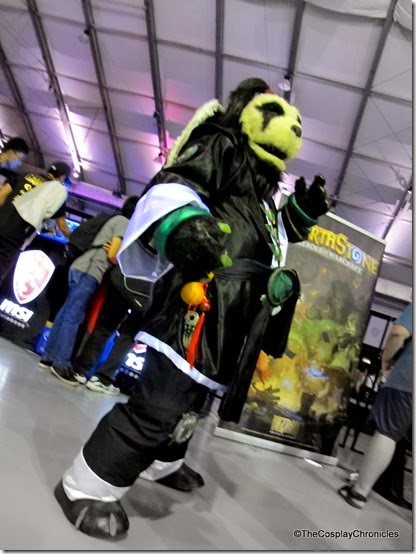 By the time I reached the event area, most of the cosplayers have gone back. But I was lucky to find this awesome panda cosplay. I know this came from a game but the title and character name escapes my memory, someone care to enlighten me? 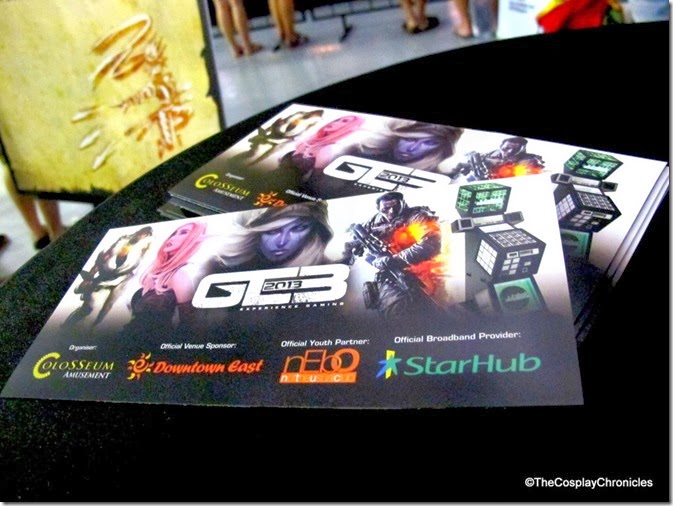 I hope you enjoyed my coverage here. I know it’s brief but look forward to the video and interview soon! Comment and tell me how you think!