Let the countdown begin! Now in its ninth year, SMASH! SYDNEY MANGA AND ANIME SHOW promises to deliver more colour, action and entertainment for fans of cosplay, geek, manga, and anime in Australia. 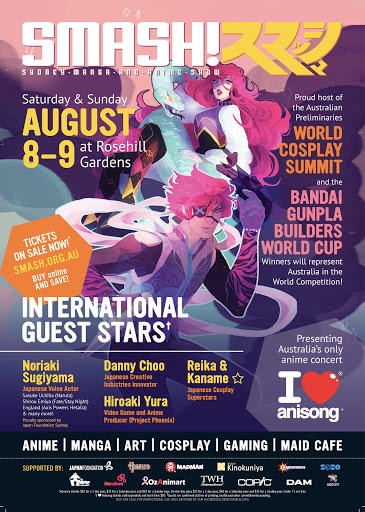 Taking Japanese pop-culture to the next level, Australia's #1 Japanese pop-culture convention is set to impress attendees with its spectacular event on August 8th and 9th at Rosehill Gardens (NSW). With a few weeks to go, fans and organisers are counting down to one of the largest conventions of the year, with an expected attendance of 13,000 people at SMASH! 2015. 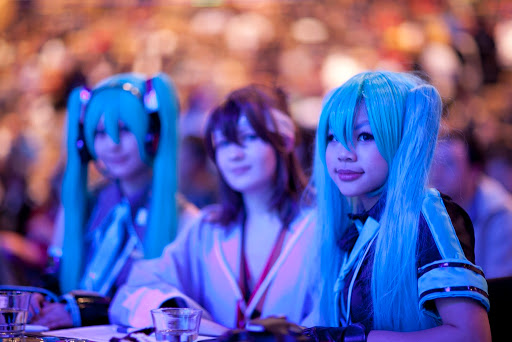 Bringing back fan-favourite events and attractions, convention-goers will have the chance to experience a lively pop-culture environment featuring signature events such as cosplay, ball-jointed dolls, karaoke, gaming, vendors, guest panels, and Gundam modelling. 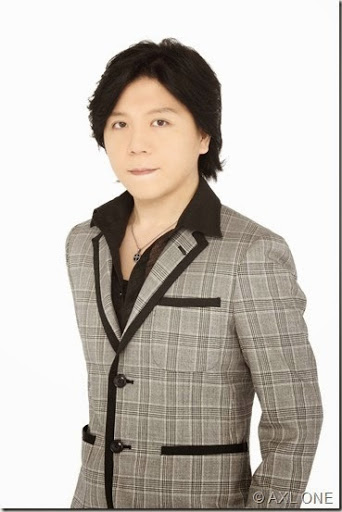 And to wrap it up, world-class cosplayer REIKA will be making a return to SMASH!, accompanied by renowned cosplayer KANAME☆ for his Australian debut appearance.

The authentic Japanese pop-culture experience doesn’t end there as SMASH! 2015 is gearing up to be the most extravagant year in SMASH! entertainment history. With Japanese indie band LOVERIN TAMBURIN returning as musical guests for the second time, SMASH! will be hosting Australia’s first anime music concert: I LOVE ANISONG X SMASH!. 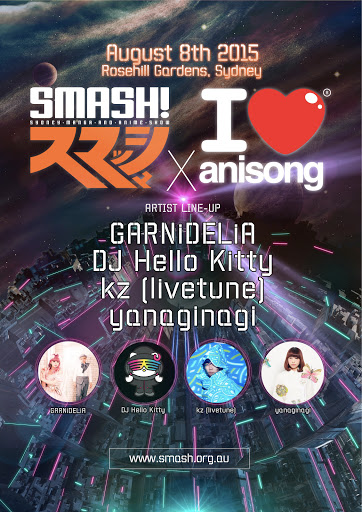 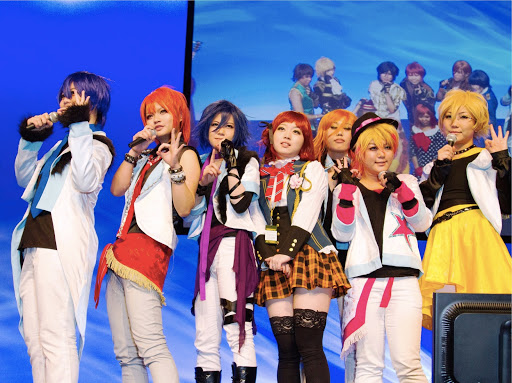 With Reika and Kaname☆ leading the cosplay scene at this year’s convention, fans will be following their footsteps and using SMASH! as an opportunity to dress up as their favourite characters. Aspiring cosplayers will be delighted to hear that SMASH! will be hosting two major cosplay events again: the annual Madman Cosplay Competition, and the Australian Preliminary Finals of World Cosplay Summit 2015. 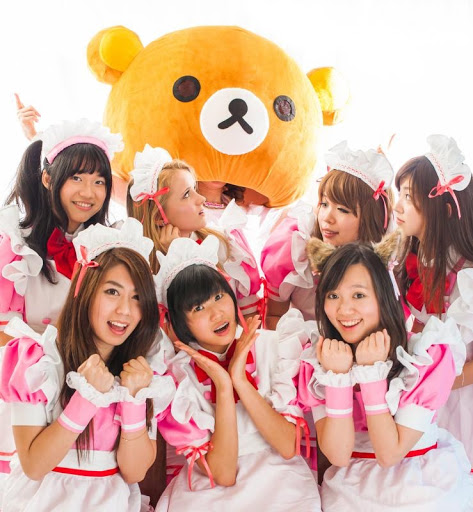 For the first time ever, SMASH! will be collaborating with Madman Entertainment for The Love Love! School Idol Project Celebration. Based on the popular anime series, the Love Live!School Idol Cafe is a must-see attraction where fans will be able to experience Sydney’s ultimate Maid Cafe with themed food served by maids and butlers. In addition to this, Madman will be hosting screenings; the Love Live! School Idol Project Costume Exhibition; and exclusive merchandise for fans to purchase for the first time in Australia.

*SMASH! 2015 is a two-day pop-culture convention to be held at Rosehill Gardens onAugust 8th and 9th. Featuring a line-up of cosplay, gaming and anime events, SMASH!Sydney Manga and Anime Show is an event not to be missed. Tickets are on sale nowfrom $30 - $55. For more information, visit www.smash.org.au.