Cosplay for a Cause Calender for 2017

Despite being a Cosplay Blogger and a *coughveterancough* cosplayer, I often find myself questioning the higher purpose of this … for the lack of a better word, “frivolous” hobby. “Is it really okay for me to be spending so much lunch money on that costume when kids in developing countries can’t even get lunch? ”  guilt-tripping dialogues like these flashes in my head more often than I’d like them to.  And I’m sure most of our parents and the people around us help perpetuate that thought. 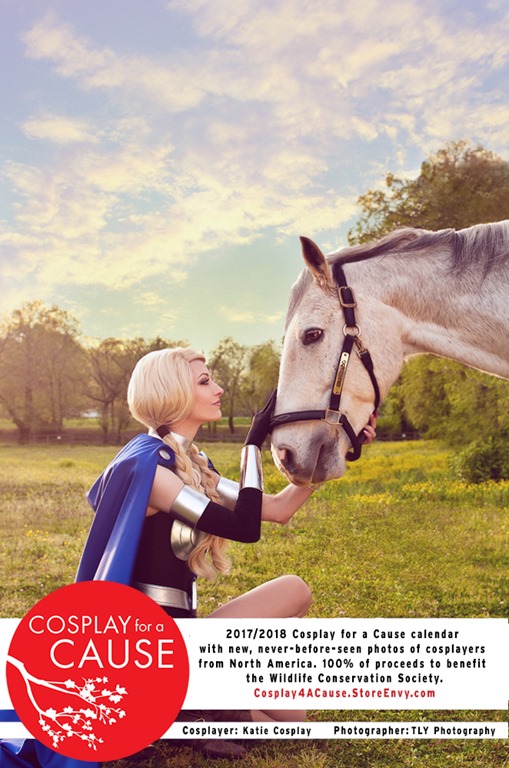 That’s why it’s always heartening to see Cosplayers band together for a good cause. It’s making a tangible effort to prove Cosplayers are compassionate members of the society who really cares and are far from being socially inept.

Cosplay for a cause (CFAC) is a calendar project that begun in 2012 with cosplayers from all over the world. The project raised $30,000 to aid the 2011 Tohoku earthquake and tsunami victims in Japan and has since raised over $50,000 for multiple charity organizations across the world.


This time, Cosplay for a cause (CFAC) is releasing a 17 month 2017-2018 calendar with all proceeds to the Wildlife Conservation Society. In line with it’s cause, the calender will be animal themed. The featured 18 cosplayers from all over North America will be posing with a live animal sidekick, familiar, pet or icon.  The 18 photos included in the calendar are all exclusive, unreleased photos not available online. The line up of cosplayers include popular cosplayes such as Jessica Nigri and Youtuber Meg Turney (Rooster Teeth).


For a preview of the calendar, check out the video uploaded by CFAC. 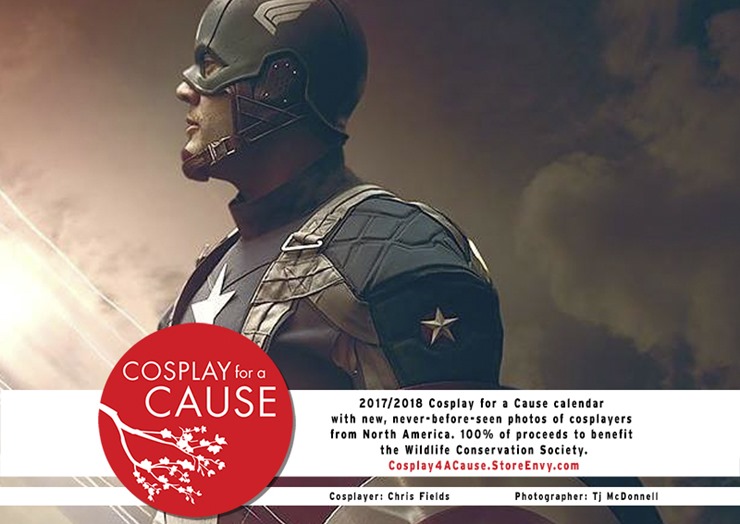 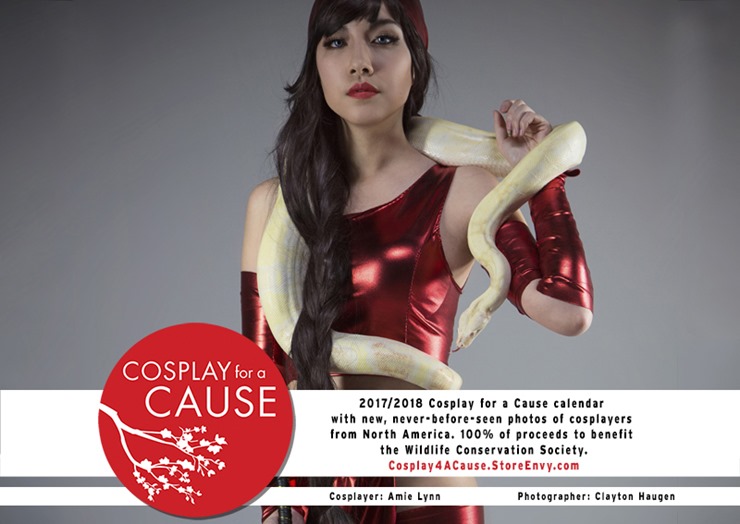 On top of the Cosplay photographs is 17 original pieces of illustrations that will be featured each month. And get it, the illustrations are created by professional artists of the industry. We’re talking about names like Steven Gordon (character designer for X-Men Evolution) and Alvin Lee (Marvel and DC Comics). 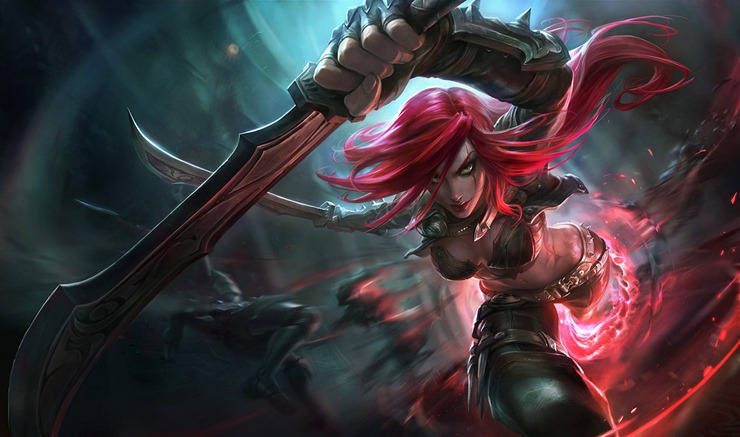 Katarina Base Splash by alvinlee

Calendars are available for preorder now at Cosplay4ACause.StoreEnvy.com and cost $25.00 USD each plus shipping & handling. The first batch of orders will ship out in early Summer2016. Follow CFAC on Twitter and Facebook to find out if the calendars will be available for purchase at a local convention in your area in 2016.