Ever since Lenneth pimped me the opening song from the original game…. I’ve been looping it since then. And it’s making the series looks so much more appealing than it used to.

I’m slowwww I know U_U. All the girls would probably have been so over this already but whatever. Still gonna go ahead and do a focus entry on it because….eye candy iz love :D

Hanabira no Toki. The song that started this.

Without further ado, I present to you a shitload of awesome Hakuouki Cosplays!!!! WooTS! They are haphazardly arranged because yours truly don’t know enough about the series (nope, have not played the game nor watched its anime yet) to do any sort of categorizing. 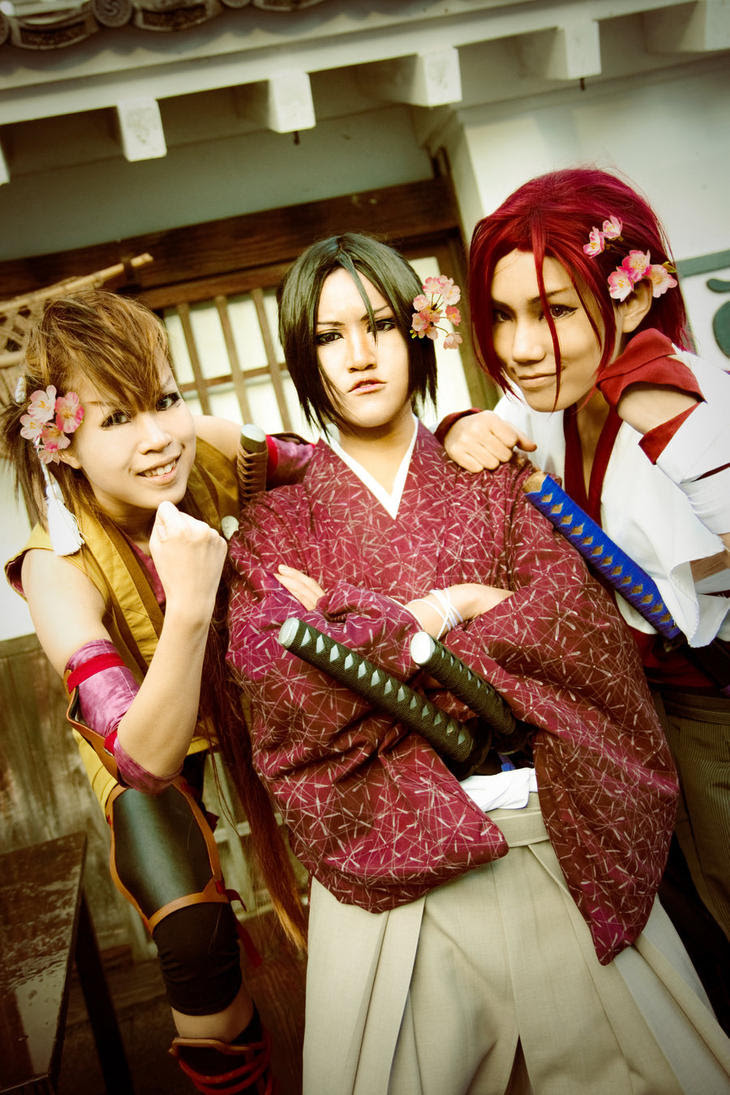 Hakuouki - 03 by *KanasaiiiThis is definitely a picture that screams “Baka Sannin(the 2 idiots)” to anyone who sees it xD. Gotta love Kanasaiii’s expression!

Hakuouki 2 by ~ycysusanThe intense contrast and saturation of the background really makes this entire photo look drawn!  Lovely sakura (or are they some other species of the plant?) backdrop seriously amplified the whole ‘Shoujo’ and ‘otome’ vibes xD 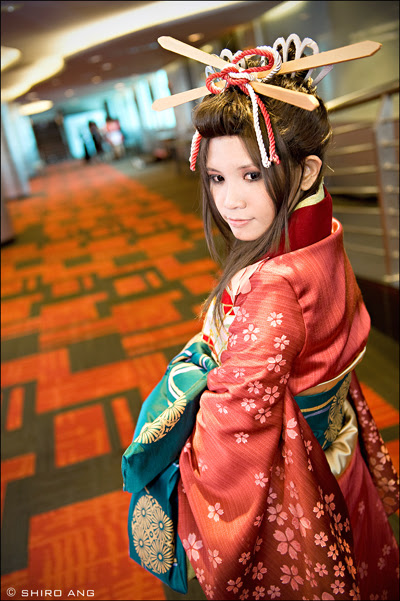 Comic Fiesta 2009 - 32 by ~shiroangAwesome Cosplay and Costume by Ayase! I love how rich and lush the material look! 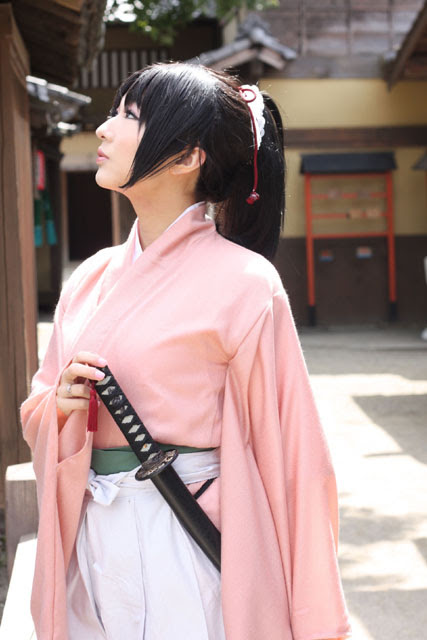 Time for the boys~~ 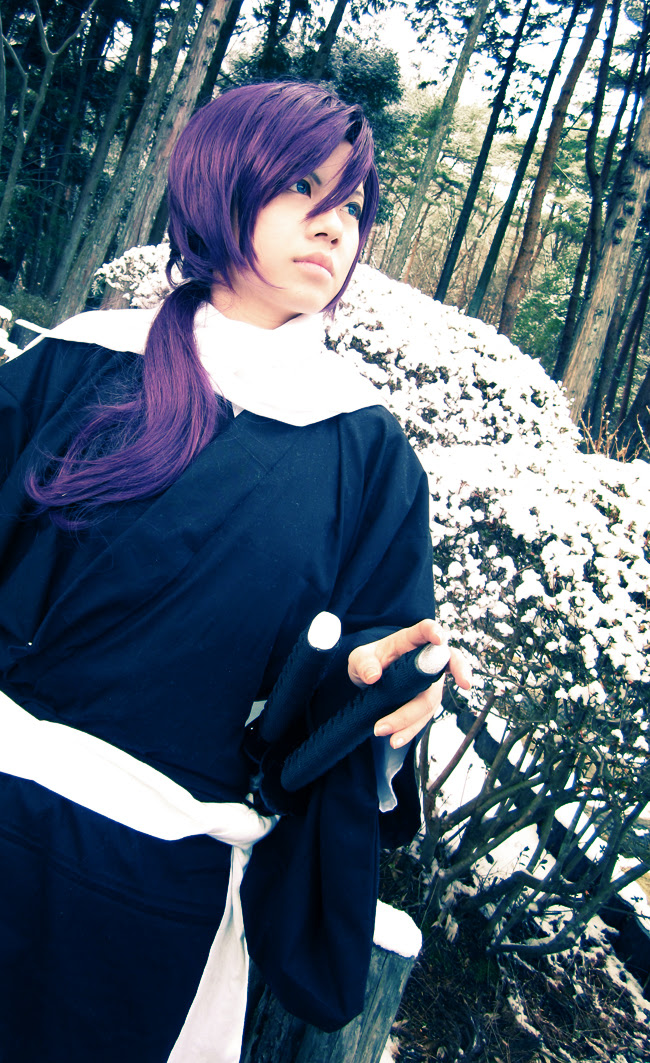 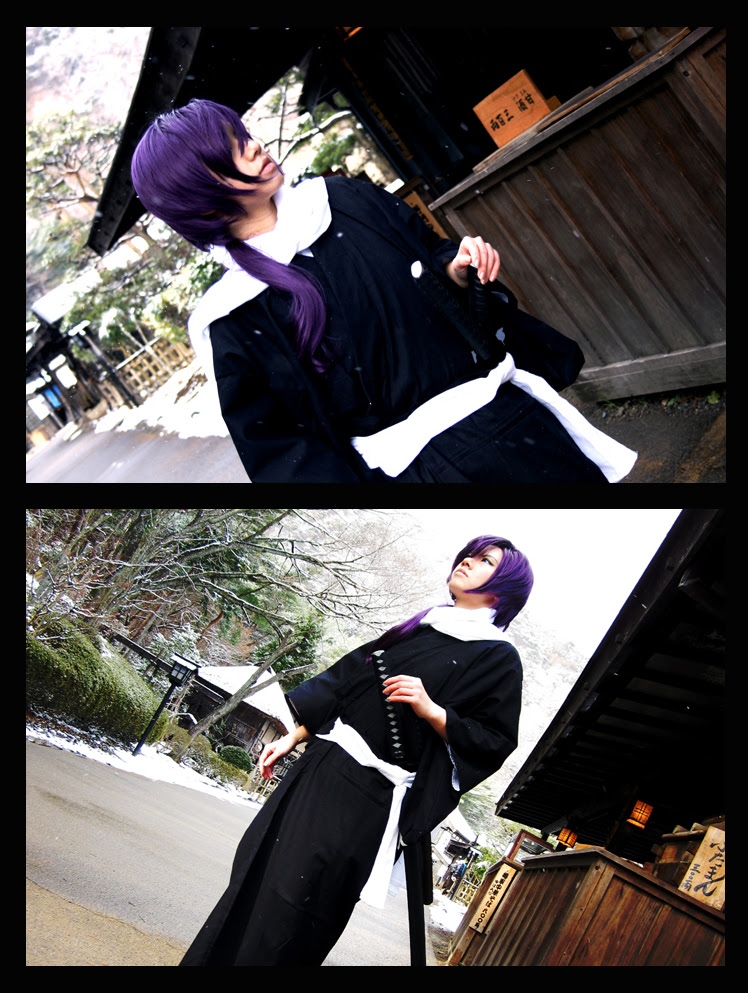 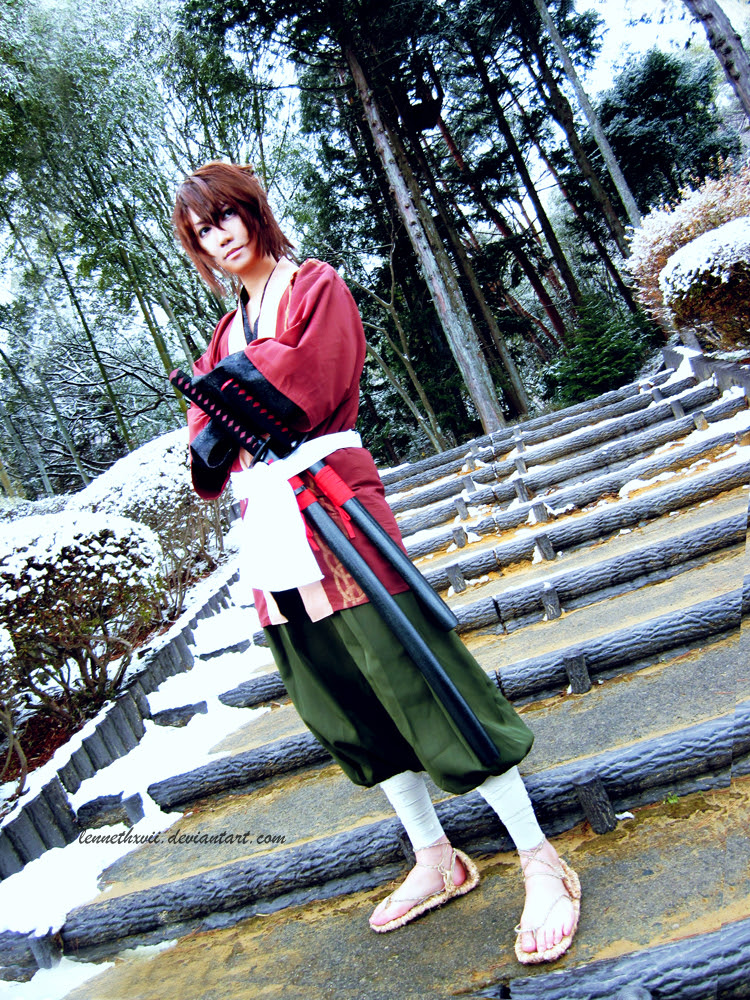 Awesome backdrop. Looking at the snow…. can’t help but feel like its too freakin cold a time to be wearing sockless footwear yeah >.<? Anyway, kudos to lenneth and her team (Reiko,Decadence, Cvy, Kanasaiii) for doing all the costumes from scratch themselves =) 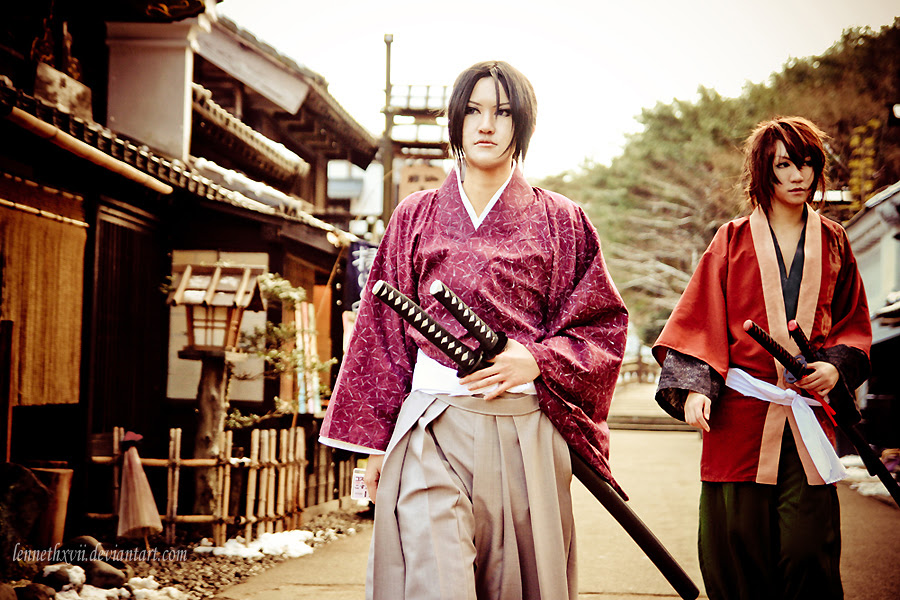 Daily patrol.. by *LennethXVIIReally love how both of them looked so natural and yet so in character! (Okay, Okita looks a bit kiddish for some reason xD). They really looked like they walked out of the film or something. 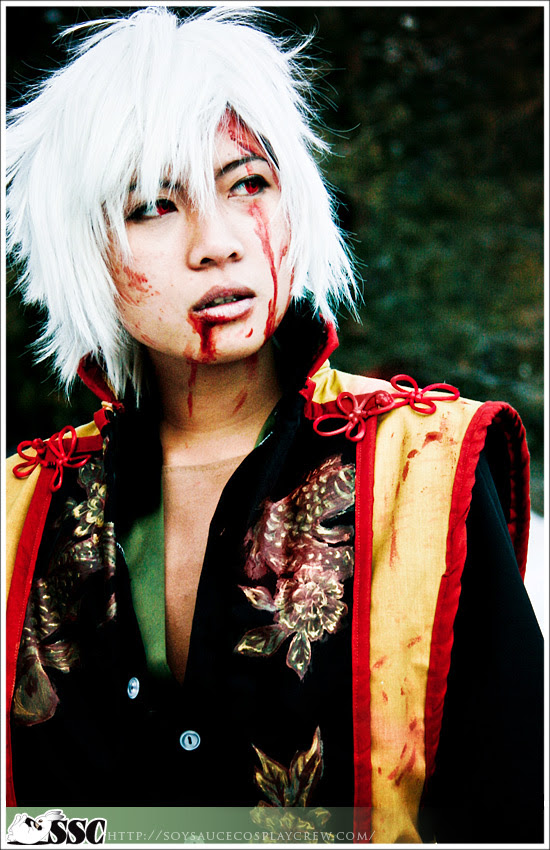 Hakuouki: Bloody Okita by ~SoySauceCosplayBlood is difficult to manage. Any cosplayer that manages to do it and smear it on their costume earns my 120% respect. Lovely expression and great capture by the photographer >.<!

Hakuouki: 3 times the power by ~SoySauceCosplayLOL! Cute is the only word I can use. I wonder are those carpark pillars they are sitting on.

Harada Sanosuke by *songster69And decadence as Harada. Love the killer expression and pose *_* 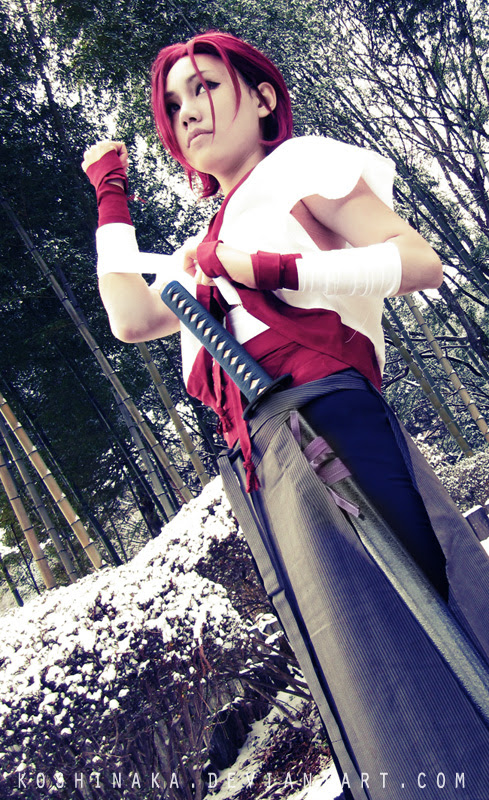 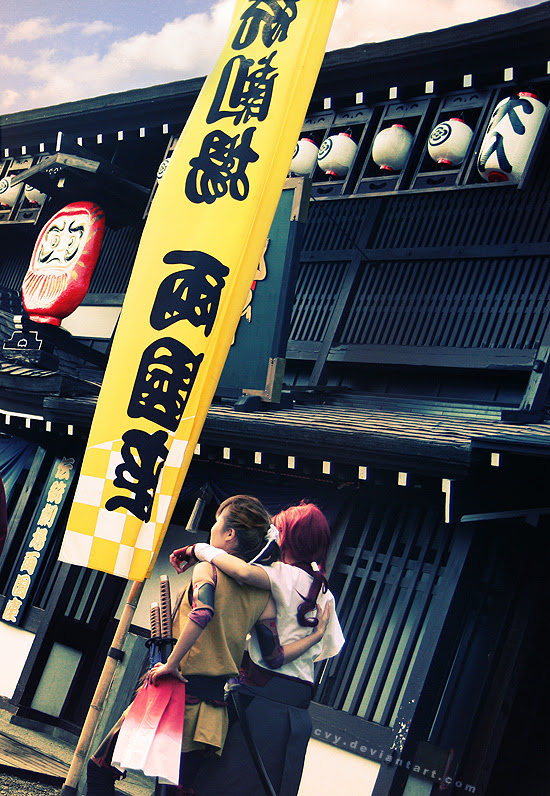 Hakuouki::01 by *CvyAccording to Cvy, this photo depicts a scene of Heisuke (Cvy) carrying a drunken Harada(Decadence)  back. Fan service much yeah???? LOL 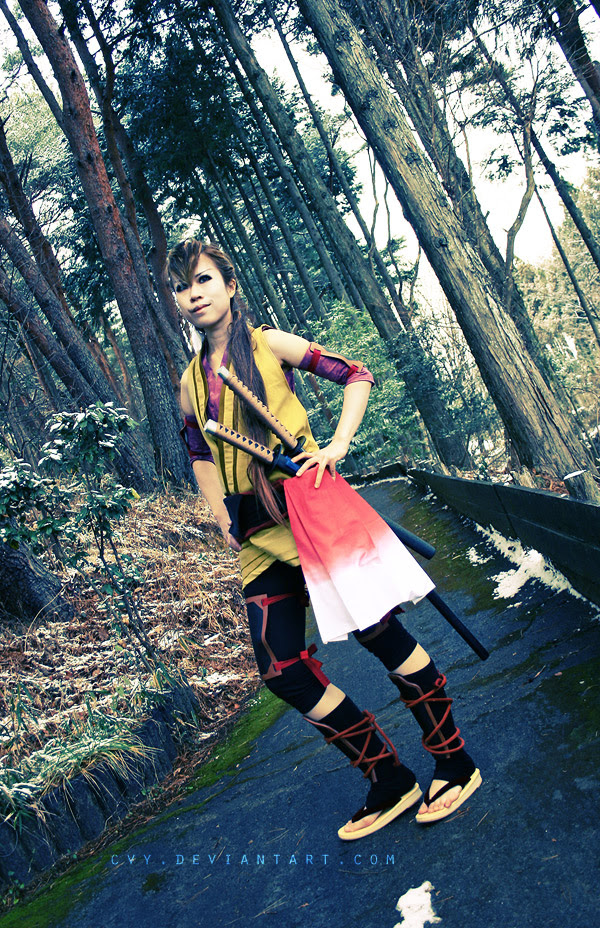 Punk rock Heisuke Cvy !  Great work on the dye job and costume even though I feel cold just looking at her @_@ ;;;

A little shy and sad of eye by * RyokoKiyo 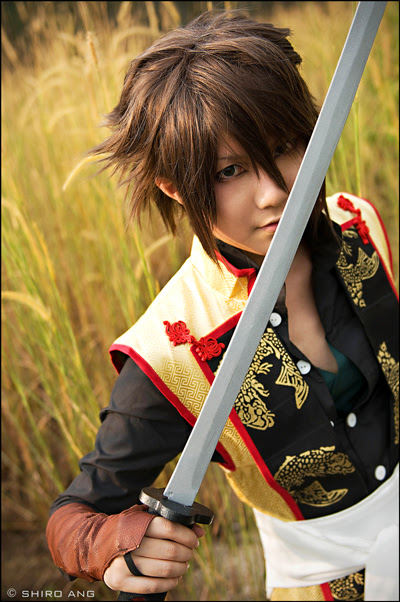 Hakuouki - Okita Souji - 02 by ~shiroangReally loving the light and warm colour tones here. Brings a lot of realism and life to the costume and character. Awesome cosplay and costume by DDtenka. 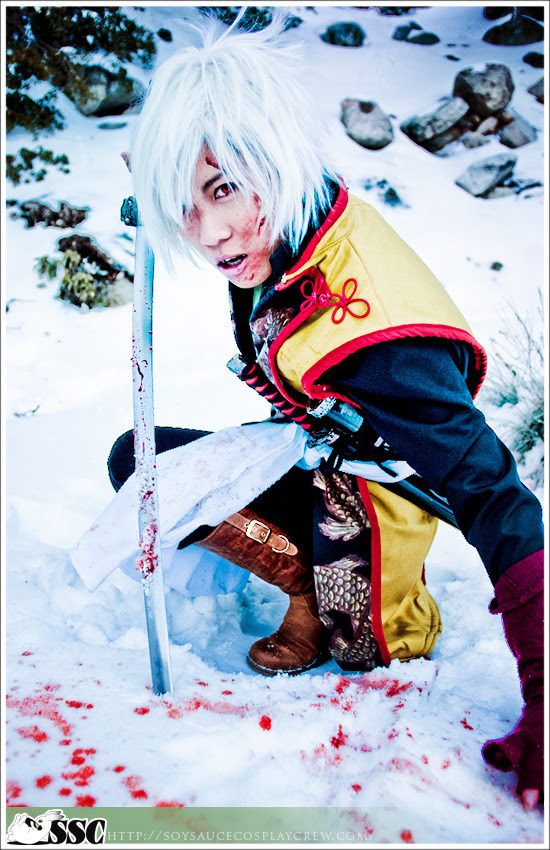 Hakuouki: Done yet by ~xmonk3yxBlood and snow is such a contrasting yet perfect combination. Coupled with the framing, pose and fiery expression of the cosplayer, this is definitely a piece of work worthy of a double look =) 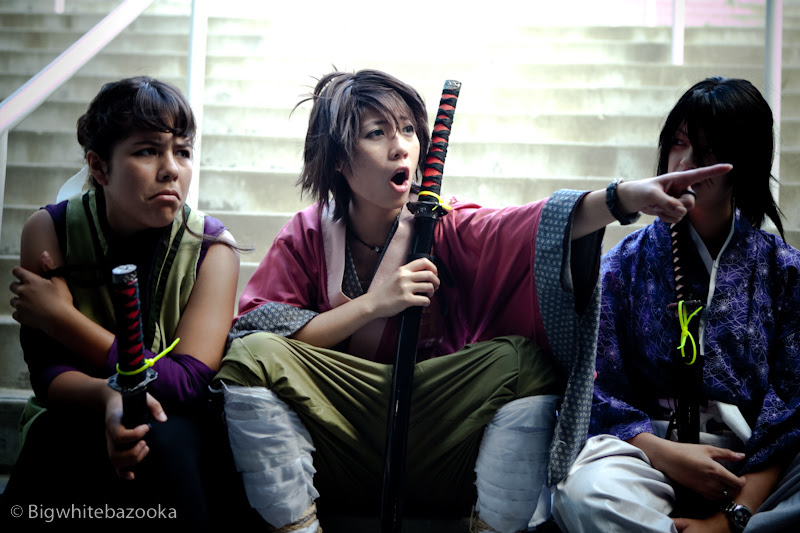 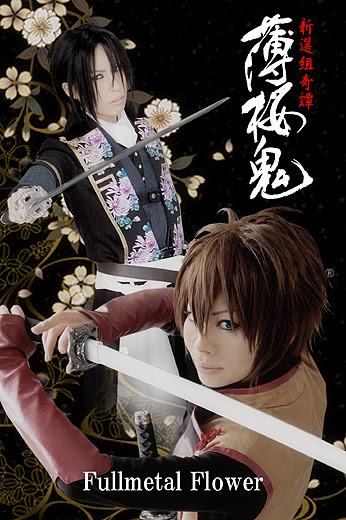 Hakuouki: Shinsengumi Kitan by *blurmageAnd FINALLY a couple shot bye Kyubei and Mitsuki! Definitely loving how the photographer framed the sakuras and them. Must be difficult to do a hugging pose that looks good on photos :D

Finally, that’s the last! There’s still a lot of awesome Hakuouki Cosplay to be featured but I’m timing out now U_U. I’m sorry for featuring so much Singapore cosplayers and photographers. It was seriously not a deliberate action on my part.

Now I’m wondering whether should I start following the Anime…. any Hakuouki Fans (or haters) care to  gimme some insights? I don’t think the anime has ended its running right?

Kaichou Wa Meido’s pretty cool btw, thanks for the recommendation and comment on the previous entry. It’s a little predictable and overly ‘Shoujo’ but its good entertainment =) Skip Beat still pwns though =X

Had originally intended to only spend 30 minute on this but as life would have it, gathering everything took me near 2 hours X_X. Anyway, Live Writer’s being a bitch tonight and have crashed 3 times already so I’m ending my entry here.

Hope you guys liked the eye candy pimps! Comment if you like this and go visit the originator of the works (cosplayers or Photographers) by clicking on the orange links ^_^